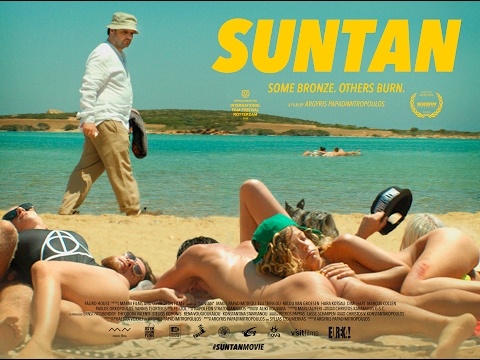 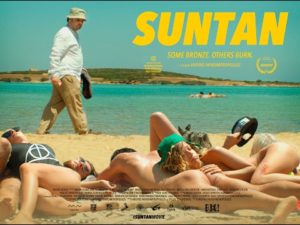 Advertising itself as a ‘coming-of-middle-age film’, Suntan focuses on Kostis (Makis Papadimitriou), a doctor who relocates to the small Greek island of Antiparos just before Christmas to work as the local GP.

He arrives on a ferry, the only passenger to disembark onto the sleepy (and very windy) resort but he’s advised that the place changes personality during the summer months with the arrival of hordes of hedonistic young people intent on partying hard.

We’re soon shown that this was no lie. There’s nudity aplenty on the beaches, clubs that don’t shut their doors until dawn and parties galore. Sun, sea and sex? You bet.

The doctor’s introduction to this world comes when a handful of pleasure-seeking tourists invade his consulting room and demand to stay until he has attended to a minor injury sustained by one of their number, Anna. A gorgeous flaxen-haired Greek girl young enough to be his daughter, Anna happily flirts with Kostis and proclaims him ‘the best doctor in the world’ before inviting him to join them on a local beach when he finishes up his work for the day.

It’s easy to see why any man might become almost instantly infatuated with Anna.

Fat and balding, fortysomething Kostis is a little uptight and introverted though he makes the effort to join in with his new young friends, as if hoping some of their youthful vitality and spontaneity might magically rub off on him. It’s a pity he can’t see that, collectively, they’re actually as superficial and vacuous as they are spontaneous and vivacious. 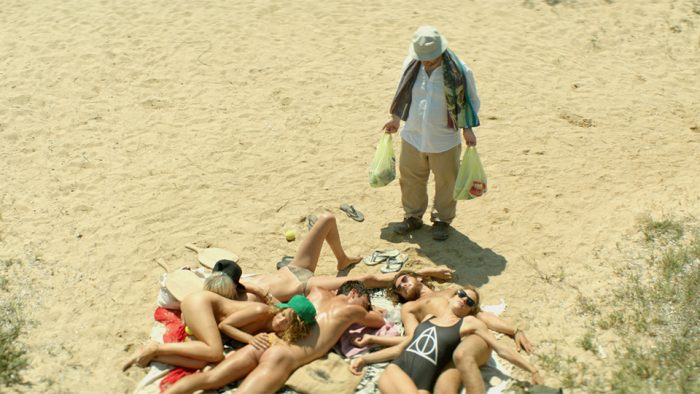 Before too long, he’s established himself as something of a mascot for the group and he also demonstrates that he is not remotely like the doctor of Anna’s accolade. He refuses to see an old woman because his shift has just ended. Later, he oversleeps and turns up at his surgery hung-over with a long queue of patients, making an excuse that he was treating a tourist for an emergency.

I would have assumed that the Hippocratic Oath might be taken more seriously in the country of its origin but he is far more interested in days at the beach with the gang and nights spent pubbing and clubbing than he is healing the sick.

Almost inevitably, he falls in love with Anna and makes plans in his head for a long-term relationship. It wouldn’t require a fellow doctor, though, to diagnose him as delusional if he really believes his impossible fantasy is any kind of possibility.

‘Your behaviour is starting to get very alarming,’ Anna warns him and when she and her friends disappear from the island without telling him he searches pathetically for her and the movie begins to spiral into disturbing territory which will only get increasingly disturbing until its too-abrupt ending.

Papadimitropoulos here utilises a mix of professional and non-professional actors. Makis Papadimitriou is well established as an actor and comedian in Greece while this is the screen debut of Elli Tringou. Both are perfect for their roles. And Papadimitropoulos moves the story along briskly enough and demonstrates a great eye for a memorable image, the extreme close-up shot of a tongue licking sand out of an eye being the most startling example of his visual flair.

Screened last year at a number of prestigious film festivals such as Edinburgh and SXSW, Suntan is a consistently intriguing and very unpredictable drama that is well worth seeking out.

Extras include an interview with Argyris Papadimitropoulos filmed exclusively for this release and a behind the scenes documentary chronicling the production process and deleted scenes.