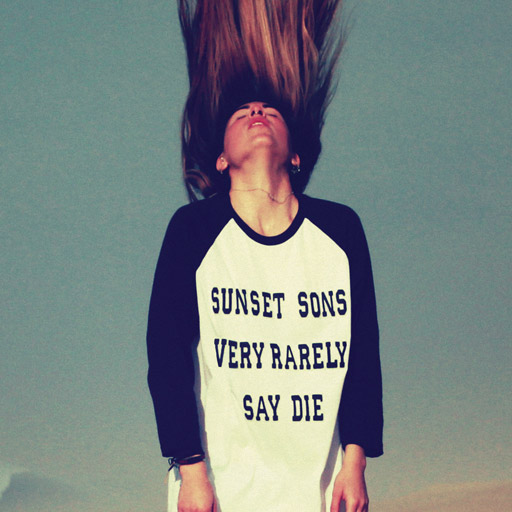 Is the press hype justified? Mike Ainscoe checks out the debut album from Sunset Sons.

Alongside fellow Anglo-Aussies DMA’S, Sunset Sons are one of the new young breed of indie popsters who have been launched into the musical firmament by many of the music critics in the national press.

Cynics may accuse them of jumping aboard, in the hope of perhaps getting in at the start in case The Sunset Sons turn out to be the next big thing, yet you can spot the potential. They’ve had a whirlwind twelve months with festival appearances, mainstream radio support (a blessing or a curse, who can tell) plus a prized support slot with Imagine Dragons. Recording wise, a rack of four EPs has whetted the appetite aplenty, but does the build up to their debut album justify the excitement ?

On the one hand we have an album title which might have  the sound of  the name to a new Bond film and on the other, a band named Rory, Pete, Jed & Rob rolls off the tongue as easily as John, Paul, George & Ringo.  And like the fab four, they have a pretty good go at polishing off a three (and a bit) minute pop song, sticking to the basic principle of a decent melody and an uncomplicated lyric. Sunset Sons aren’t going to make great political statements or change the world.

A quartet whose coming together through a love of surfing and the easy lifestyle is perfectly reflected in their music.  Blame the sleepy town of Hossegor in France for that. But then as they’ve said “Jack Johnson’s got a lot to f***in’ answer for”. Very Rarely Say Die doesn’t fit the stereotype of casually lo-fi acoustic relaxed busking the scene portends to. Two guitars, bass and drums see to that. Yes, you could stick all sorts of indie labels on them and reference where you might have heard the vocal inflections or the run of guitar chords and notes or vaguely familiar melodies elsewhere in the not too distant past.

Songwise, there’s no shortage on the quirky and the radio friendly. Taking twelve songs and trying to pick half a dozen to shortlist for airplay might be a challenge. Interestingly enough, the minute and a half of The Jam (Interlude) has enough about it to be shamefully underutilised, the piano taking it into more unfamiliar rollicking rock and roll territory. Too unfashionable? Maybe, but an avenue explored and fully realised to great effect in Lost Company.

Rory William’s nasal vocal might sound like it’s from the same vocal box as Mike Rosenberg’s Passenger persona and the shuffle towards the two guitar new wave fashion brings to older minds the sort of thing that t’other Aussies Midnight Oil did in the eighties. The insistent stomp  of Bring The Bright Lights with the loosely anthemic chorus – all whoa-ohs built for live shows – is characteristic of the notion that for every low key verse is going to end up in a shift in gear into a chorus which is temptingly persuasive. It might be a pretty steady gear, no overdrive but more of a surfer’s badge of choice, the VW camper, trundling along through balmy days without too much of a care in the world. Like a  fishing net on the end of a cane pole whose holes are too small to escape you might easily find yourself trapped and unable to shake yourself out of the carefree world of Sunset Sons.

You can find Sunset Sons online at: https://sunsetsons.com/