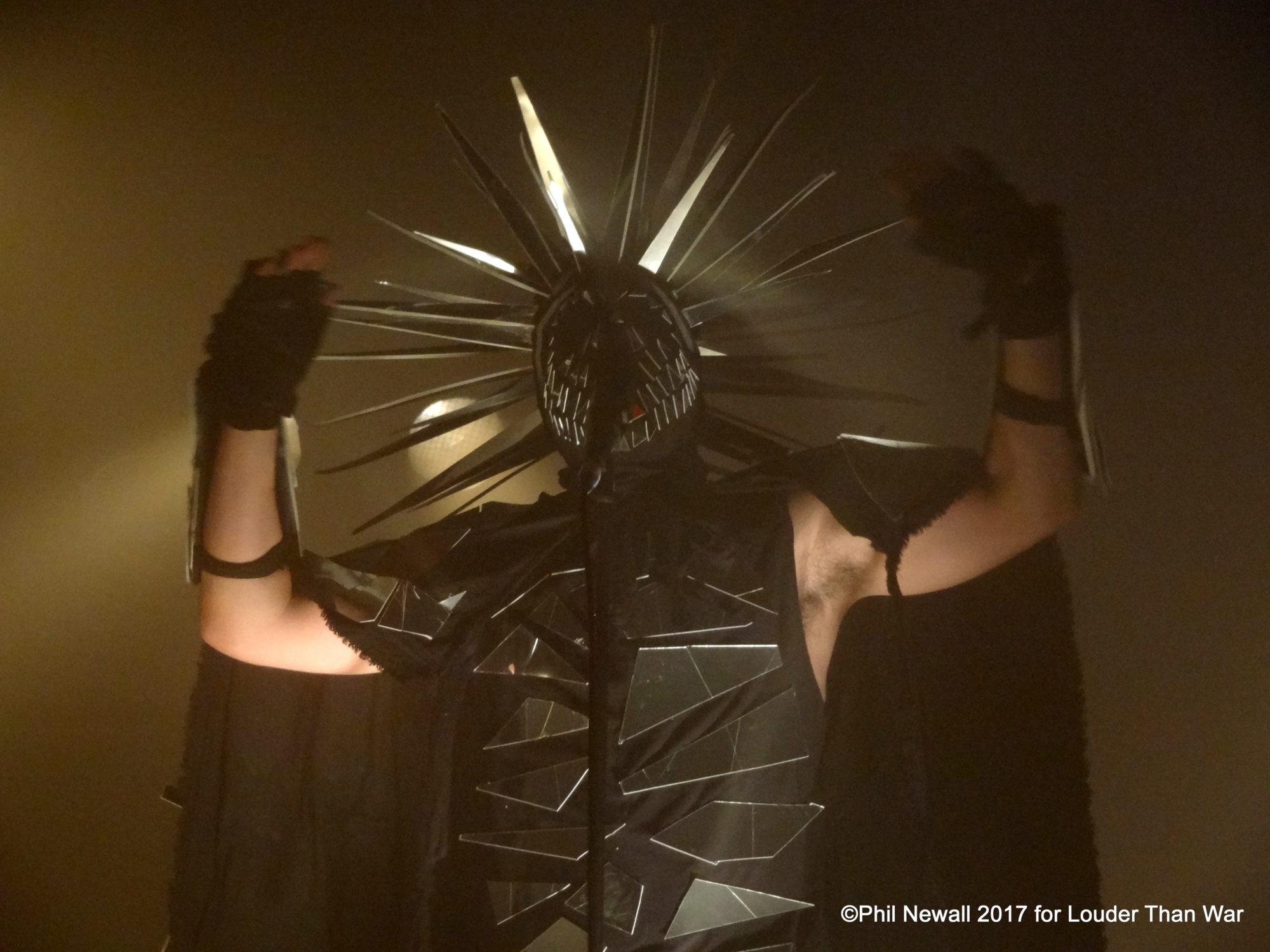 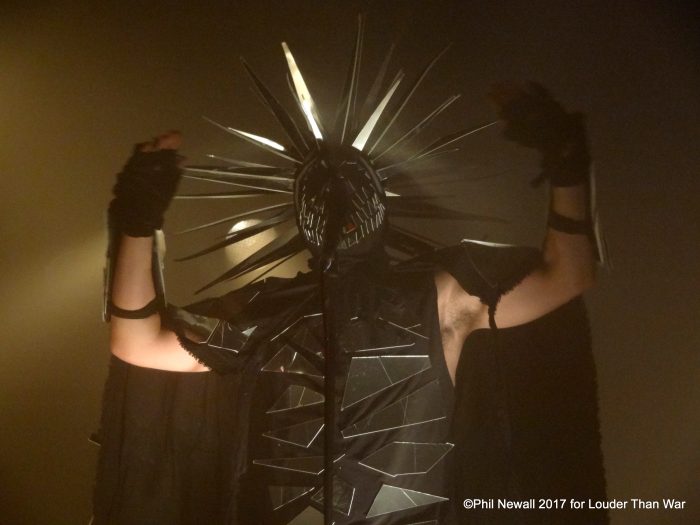 SUNN O))) returned to Manchester under the ‘Dark Matter’ banner; a series of creative events curated by Mary Anne Hobbs under the collective Manchester International Festival umbrella; whether Hobbs had the Dark Matter moniker prior to booking SUNN O))) is irrelevant, they were however the perfect choice…dark matter being that invisible, undefinable force; SUNN O))) similarly create an undefinable force – this is not music in any generally recognisable form, however they most definitely produce a sound, a sound that you do not just listen to…you feel SUNN O)))

Entering the venue it was clear this gig was going to be different – there was a real sense of foreboding; eerie sounds leaking from the main room into the box office were bemused multiple staff members were cradling containers full of earplugs encouraging you to accept a pair, the walls were adorned with posters warning that tonight’s performance would be delivered at very high volume; stepping into the fog swamped auditorium, barely visible on the stage was a 180 degree arced wall of monolithic sized speakers, positioned in each corner at the rear of the room was a complimentary speaker stack; the fog continued to billow out, rolling down from the stage enveloping the entire audience, stood within the front rows it was impossible to pick out the features of the person next to you; the lights dipped further, the darkness of the stage being lit by a solitary floor spotlight, a shard of light burning through the haze onto the centrally placed microphone stand – from the mist, slowly, very slowly stepped hooded vocalist Attila Csihar finally stopping within a rising tower of fog, his face partially lit before commencing a near 8minute vocalisation; the range of his voice was astounding, from guttural raw growls to pitch perfect highlights delivered in I suggest his native Hungarian, as such the lyric itself became the music, ebbing and flowing, complimenting Csihar’s rhythmic stuttering dance.

From the darkness four hooded figures crept onto the stage, founders Stephen O’Malley, and Greg Anderson taking up their guitars, a cavernous drone spills from the twin keyboard, O’Malley raises his right arm and as Csihar voice fades he strikes the first chord; the sound is frighteningly immense – it punches you in the chest, pinning you to the floor, and that’s where the audience remained for 90mintues; SUNN O))) craft a sound that entirely envelopes you, it’s entirely devoid of melody, there is no beat, and yet its utterly engrossing…and very very loud! 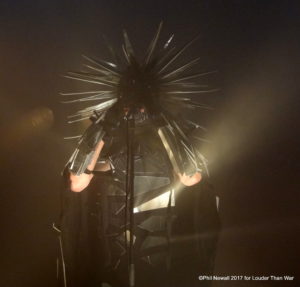 Within the roar however there is beauty, such is the dominance of the sound all other thoughts are suspended, your entire focus becomes SUNN O))) as you seek to make sense of the sound, you can pick out the carefully crafted layers from amongst the quadraphonic amplified sub-tuned drones, the shards of guitar waves pointing the way – there are no clues from SUNN O))), shouted song titles are what other bands do, and SUNN O))) are like no other band; yet they fully understand theatre, this is a choreographed performance, as the third piece evolves O’Malley and Anderson retreat into the mist, the sound now keyboard generated, punctuated by treated brass, the stage washed in blue light – the audience are transfixed, some gently rocking, seeking out mysterious catatonic patterns, plenty of others are holding their hands over their ears seeking solace from the unforgiving onslaught which is boosted by the return of O’Malley and Anderson as once again Csihar seeps into the darkness.

The noise is evolving, a tumultuous textured, beautiful and yet unsettling soundscape that seeps into your pores, rippling intertwined waves of down-tuned reverb that threaten the infrastructure of this Grade 1 listed building, bursts of feedback announce the return of a masked Attila Csihar, now dressed in blackened shroud adorned with fractals of glass, on his head large shards of glass protrude like a distorted crown of thorns, he holds the microphone with both hands, red and blue lasers splinter from the glass as the crushing sound of ‘Aghartha’ cements SUNN O))’s position as a band apart.

This was an enthralling experience, the perfect match of measured sound and overwhelming noise.