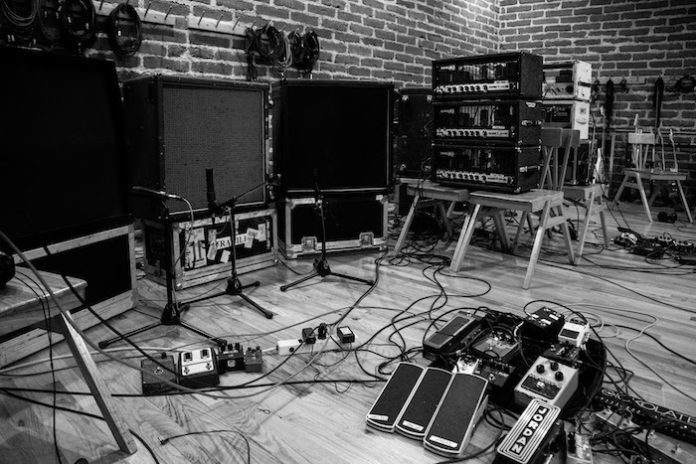 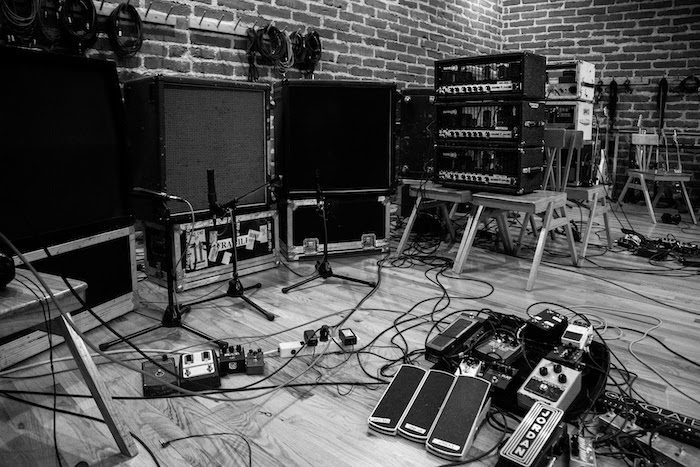 LISTEN TO “FROST (C)” FROM PYROCLASTS

Pre-orders for Pyroclasts are now live and available on the Sunn store and bandcamp only. The album will be available on the Southern Lord main and European stores this Friday. The news lands as European tour dates are set to commence next week, including some wonderful supporting artists; Caspar Brötzmann Bass Totem, Carl Michael Von Hausswolff, Runhild Gammelsæter & Lasse Marhaug duo, Puce Mary and Anna Von Hausswolff across selected dates  – full listings details below.

Immerse yourself in the full spectrum overdriven sonic palette as used on the Life Metal album. Sunn and EarthQuaker Devices bring forth a final batch of Life Pedal. Analog octave blending, hand-picked components, and 3 clipping options are some of the features of this saturation monster. This run has a limited edition SILVER custom folded aluminium enclosure and is available exclusively on the incoming EU/UK tour while supplies last.

SIDE B)
Ampliphædies (E)
Ascension (A)
REVISIT THE PYROCLASTS ALBUM TRAILER

The Pyroclasts album is the result of a daily practice which was regularly performed each morning, or evening during the two week Life Metal sessions at Electrical Audio during July 2018, when all of the days musical participants would gather and work through a 12 minute improvised modal drone at the start and or end of the day’s work. The piece performed was timed with a stopwatch and tracked to two inch tape, it was an exercise and a chance to dig into a deep opening or closing of the days session in a deep musical way with all of the participants. To connect/reconnect, liberate the creative mind a bit and greet each other and the space through the practice of sound immersion. The players across the four pieces of Pyroclasts are Tim Midyett, T.O.S., Hildur Guðnadóttir, and as always Stephen O’Malley & Greg Anderson.

The music on Pyroclasts is inextricably woven to Life Metal. It exists on the very same tape reels, was explicitly recorded by Steve Albini. The brightness and vividity of that glorious session glares through these four tracks, the precision and radiance, prismatic lustrousness of the saturation, the elemental sculptural shapes, the abstract renderings. It is a sister, or perhaps a shadow album. Or perhaps the now apparent miasma or aether. But it also exists in a form of a pause, a time space which exist in between and around the compositional structures of Sunn O)))’s titanic works.

For the listener or recipient/participant there are deep rewards within the patience of pulling down the walls and letting the music feel, and feel the music. To be immersed will reveal great detail and colour, clarify image, encourage a depth of focus and stillness which may lead to a quite profound experience. Sitting inside the space of time. A deep form of elementalism, even atomism, and connection with presence moment, time and reality.

Sunn O))) would invite their audience to consider these points of perception when experiencing and listening to Pyroclasts. Sunn O))) would also invite and encourage the audience to use Pyroclasts as a lens to review and reexperience the complexity of the Life Metal album, and even to interrupt its sequence with Pyroclasts. This elaboration can bring the astute listener both abyssal, hallowed rewards.

Stephen & Greg would like to dedicate this album to the memories of Ron Guardipee, Kerstin Daley & Scott Walker.
Sunn O))) are participating in the Ten Bands One Cause charity, whereby ten Bands re-issue their albums on limited edition pink vinyl, for Gilda’s Club NYC, an organization that provides community support for both those diagnosed with cancer and their caretakers. More details here: https://www.10bands1cause.com/

May 11, 2011
We use cookies to ensure that we give you the best experience on our website. If you continue to use this site we will assume that you are happy with it.Ok