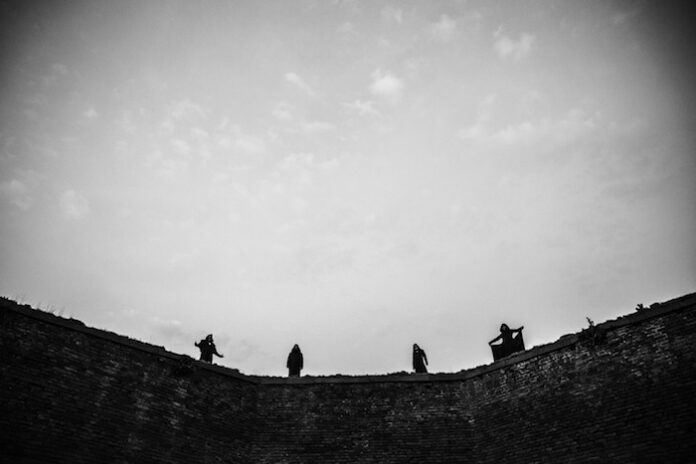 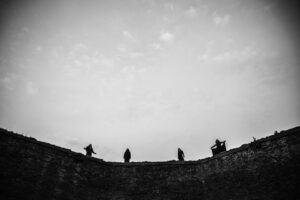 The band are presenting a special bill and gig at Le Guess Who? Festival in Holland…

It comes with immense pleasure to announce the advent of a new
studio album from SUNN O))), Kannon, which shall be released
officially on 4th December 2015 via Southern Lord.

Composed in the aftershadow of SUNN O)))â€™s most recent successes
in immersive collaboration (the group worked with Scott Walker on
Soused, Ulver on Terrestrials in 2013 and 2014) and also from the
broad and influential wake of theirepitomicMonoliths & Dimensions,
Kannon emerged both independently as a conceptual entity and with
roots in the legacies of those projects, yet was fully realised years
later, in 2015. The album consists of three pieces of a triadic whole:
Kannon 1, 2 and 3.

The album celebrates many SUNN O))) traditions; Kannon was recorded
and mixed with SUNN O)))â€™s close colleague and co-producer Randall
Dunn in Seattle, in Studio Litho, Aleph and Avast!; and the LP
includes performances by long term allies and collaborators Attila
Csihar, Oren Ambarchi, Rex Ritter, and Steve Moore to name a few. At
the core, the composition centres around the dynamic and intense
guitar and bass interplay of SUNN O)))â€™s founders: Stephen
Oâ€™Malley & Greg Anderson.

It is possibly the most figurative album SUNN O))) has created,
which is unusual as they usually dwell in layers of abstraction and
subjectivity. On the other hand the album is the most outright
â€œmetalâ€ in years, drawing personal associations and memories of
cherished albums like Panzerfaust and Twilight of the Gods again to
the forefront of consciousness. Kannon is also very close to the
cyclical character of mantra which the band has evolved into as a
living creature, the enormity of intense sensate detail and
manifestation of the live in concert element of SUNN O))), the
organism that has flourished, metamorphosed and transcended
tremendously over the past ten years.

The literal representation of Kannon is as an aspect of Buddha:
specifically â€œgoddess of mercyâ€ or â€œPerceiving the Sounds (or
Cries) of the Worldâ€. She is also sometimes commonly known as the
Guanyin Bodhisattva (Chinese: è§€éŸ³è©è–©) amongst a plurality of
other forms. There is a rich lineage behind this idea tracing back
through many Asian belief systems, with as many names and cultural
personifications of the idea.

SUNN O))) commissioned critical theorist Aliza Shvartz to write a
text / liner notes around these ideas and topics. She also explores
the relations and perceptions to their approach to these ideas via the
metonym of music and SUNN O)))â€™s place/approach within the framework
of music and metal overall.

Kannon will be available on gatefold LP, CD and digital formats
worldwide on 4 December, with a limited number of clear vinyl
available on Black Friday RSD, Friday 27 November.