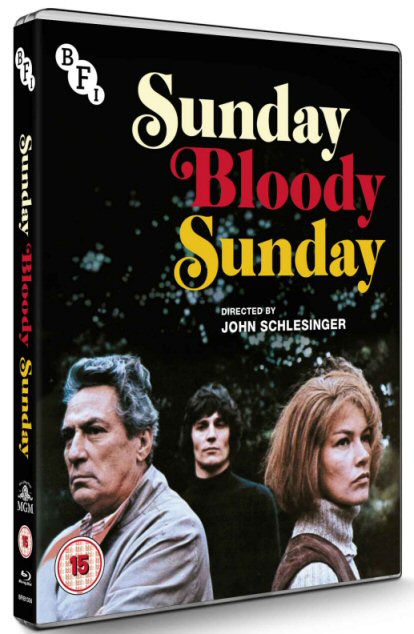 Jamie Havlin gives his opinion on a multi-award winning film often cited as a landmark in the history of gay cinema.

Does anybody else remember the brouhaha surrounding Britain’s first lesbian kiss to be broadcast before the watershed, the famous Beth and Margaret kiss on Brookside in 1994?

Almost a quarter of a century earlier in cinemas, Sunday Bloody Sunday had featured a kiss between two men, and not only that but two men involved in a love triangle. I assumed that this must have been far more controversial.

Yes, some of the crew involved in shooting the scene wondered if it was necessary and in America, adverts seemed designed to pretend that this was the story of a woman torn between two male lovers. Surely it was no coincidence that Glenda Jackson occupied the centre of promotional photos.

Generally, though, the film was viewed as the inevitable result of advances made by the gay liberation movement in the wake of the Stonewall riots. Judith Crist in New York Magazine called it “very much of today”, while the Sunday Times noted that it was a film where “alternative sexuality was taken for granted.” 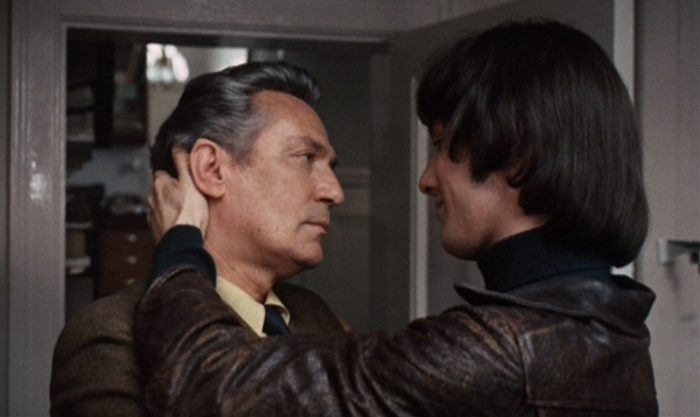 It is Murray Head’s Bob who is the centre of this love triangle. He’s a twenty-something kinetic sculptor of the kind that began attracting attention the art world during the 1960s. He keeps a pet toucan and simultaneously juggles his spare time between Alex Greville (Glenda Jackson), an employment counsellor in her thirties and a middle-aged doctor Daniel Hirsh (Peter Finch).

This is no deception here. Bob is no cheat. He is, though, self-absorbed and naive in many ways. He simply can’t comprehend why his two older lovers can become agitated by his decision to share his affections between them. He loves them both.

Spread over a period of ten days (including two Sundays), the film starts on a Friday with Alex and Bob spending a weekend at the family home in London of some friends, Alva Hodson and Bill Hodson (Vivian Pickles and Frank Windsor). For the next few days they will look after the Hodsons’ five children, dog and monkey. Yes, a monkey. This is a far from conventional 1970s household. A kid of around seven smokes pot, something his parents have no problem with. The children claim to collectively watch their parents taking a bath and their mother stores her breast milk in the fridge available for anyone who fancies some to drink.

Meanwhile, excluded lover Daniel listens to Mozart, empties his bins and looks out into his garden where a sculpture by Bob stands, consisting of glass tubes filled with bubbling coloured liquid.

When Bob suddenly bails out of the babysitting to see Daniel, Alex eats home-made fudge and cries. Alex and Daniel are both smart and both are acutely aware that sharing their lover with someone else is a compromise but they have different takes on the situation.

Alex chides Bob about spreading himself a bit thin and she even finds it hard to utter Daniel’s name. “There are times,” she admits, “when nothing has to be better than anything” 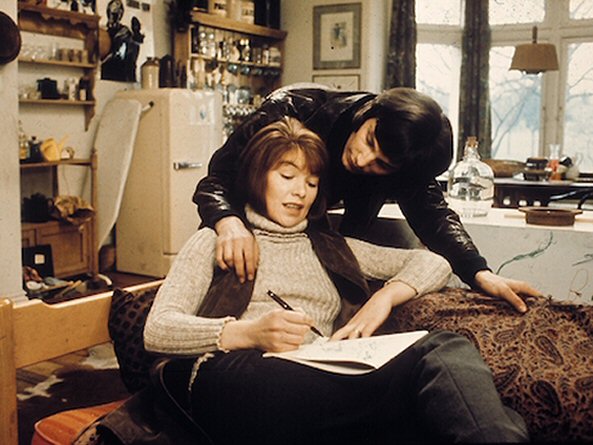 When Daniel tells the parents of a seriously ill girl who may soon find her life options severely limited, that “People can manage on very little” he could be talking about himself. Later on, he explains his own stoical philosophy directly to viewers. It’s a remarkable moment and the only time the film veers away from naturalism.

This is Schlesinger’s most personal film and it’s easy to assume that Daniel’s views were shared by the director, who was also a gay Jewish man. Ironically, although they share only a few minutes together onscreen, it’s easy to imagine – if they shared the same sexual preferences – that Daniel and Alex would be more suited as partners than Bob and Daniel or Bob and Alex. 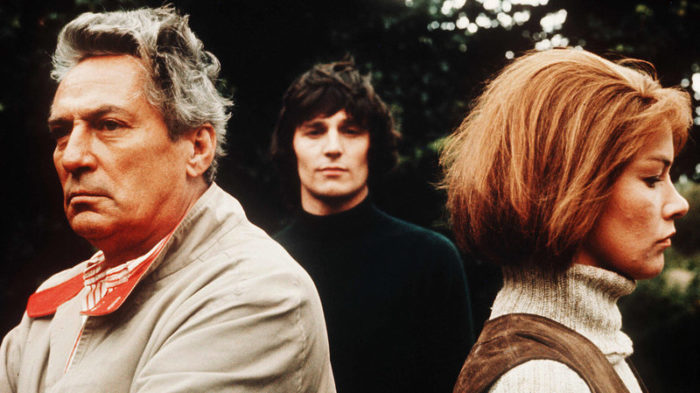 Today Bob’s sculptures look very much of their era. This character driven drama, though, despite the fashions and the reliance on a telephone answering service, comes across as strangely timeless.

Finch is superb as Daniel and Jackson’s performance is so exceptionally good it made me selfishly wish she hadn’t devoted so much of her time to backbench politics.

Schlesinger regretted choosing Head to play Bob and later complained that a more vital force was required for the character. Interestingly, a young male singer who would soon choose to be represented on an album cover wearing a dress and declare himself gay auditioned for the part. Did Schlesinger ever regret not choosing David Bowie for the role?

Sunday Bloody Sunday was nominated for four Oscars and won BAFTAs for Best Film, Best Direction and Best Film Editing, while Finch won the award for Best Actor and Jackson for Best Actress.

It’s not my favourite Schlesinger film – that would be Midnight Cowboy – but it is his bravest and perhaps his most important.