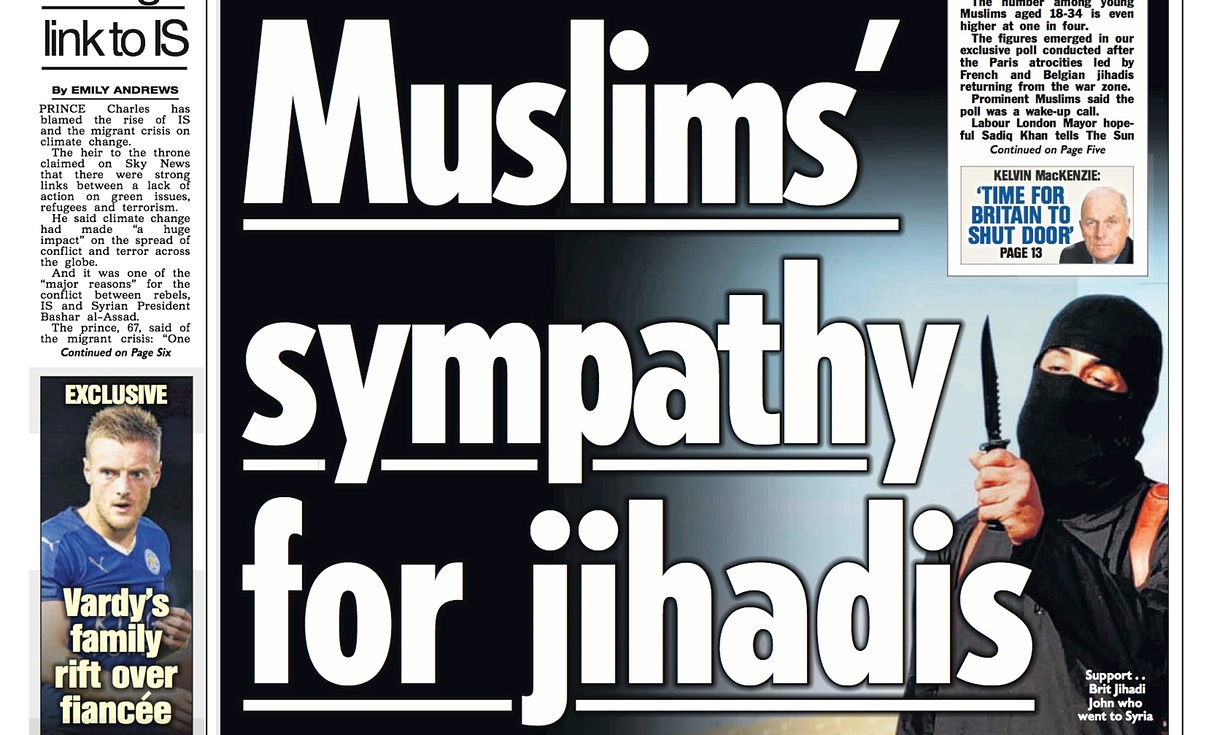 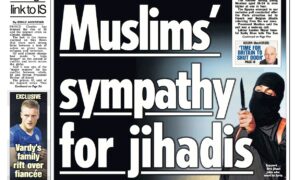 The following is taken from Sarah Wilsons Change.org petition addressed to the Editor of the Sun newspaper.  We at Louder Than War would urge you to sign and share on social media.  Thank you.

On November 23rd 2015, The Sun newspaper ran the headline “1 in 5 Brit Muslims’ sympathy for jihadis”.

Inspection of the study behind the headline reveals this claim to be completely false, both the numbers and wording were deceptively manipulated in order to produce this bogus headline. The original poll’s question makes no mention of ISIS or jihadis.

This divisive and inflammatory rhetoric is both irresponsible and dangerous. Lies such as these only serve to create hostility and mistrust on both sides of our community, which only serves to further the ambitions of the extremists. Extremists that The Sun would have us believe they are so firmly against.

Learn the facts behind this headline: