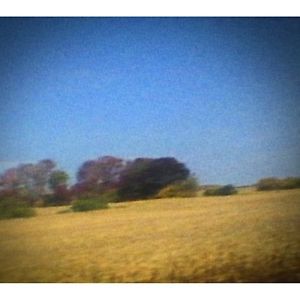 Benji is the sixth full-length release for Mark Kozelek as Sun Kil Moon. The album includes contributions from Owen Ashworth, Will Oldham, Sonic Youth’s Steve Shelley, and Jen Wood and reviews for it have been almost universally great. But what does new Louder Than War writer Sean Smith think? Read on to find out…

Just what is it about these fine purveyors of alternative Americana? Sit Will Oldham down and he would be far happier discussing film than he would be appraising his latest musical opus. Mark Kozelek, to whom the erstwhile Bonnie Prince has provided backing vocals to a clutch of songs on this astonishing new Sun Kil Moon record, is another complicated and difficult character. He watches an unhealthy amount of boxing. He once put his name to a crazed record of AC/DC covers. His prolific musical C.V has always been more than just slowcore and misery.

His latest, uber-confessional guise sees him conducting a series of startlingly honest sermons, each song alive with real characters and incidents from the Ohio troubadour’s life. Among The Leaves was a sea-change which saw the singer revert to this brutally honest songwriting style, as he dissected life on the road with unflinching candour. Benji sees Kozelek bare his heart and soul once again across a record that is permeated with death and loss, yet somehow all the more life-affirming for it.

Nothing is held back. Opener “Carissa” details the tragic death of a second cousin, snatched away in the prime of her life by a freak aerosol explosion. Far from being the depressing missive it could so easily have been, the way the narrator describes this cousin he barely knew, and attempts to come to terms with the senseless loss, is handled beautifully. “Jim Wise” is the heartbreaking tale of a family friend on house arrest for the mercy killing of his beloved wife, delivered with the breezy nonchalance of a nursery rhyme, lending a subtle poignancy to an emotive subject. “Micheline” is a stunning three-tiered suite that encompasses the sad descent into exploitation of a happy-go-lucky, learning-disabled childhood friend, a former bandmate’s aneurysm and the fond memories of life in LA with a beloved grandparent. Of course, she dies as well – but not before Kozelek tells us how trips to see her in Huntington were rich with early influences – David Bowie, hanging with Vietnam vets, and watching the loveable children’s flick that he named the record for.

The stark, jarringly frank way these stories are delivered make the collection intensely, uniquely about Mr Kozelek. But that doesn’t mean we cannot empathise with the characters, or understand how he feels. For all the death, destruction, mass killings and personal tragedy, there are also uplifting tributes to his parents. “I Love My Dad” presents a refreshing portrait of a father who has flaws – a dark undercurrent of violence permeates the recollections of their relationship – “But I forgive him for that”. God only knows what kind of record Kozelek would put out if anything happened to his mother, such is the overwhelming love he has for the family matriarch.

The brilliant centrepiece at the core of Benji is “I Watched The Film The Song Remains The Same”, a mesmerising finger-picked epic that is bookended by how Kozelek’s attitude toward the Led Zeppelin movie has changed over the years, but taking in his struggles with “melancholy” and how his life has changed. The straightforward, balls-out honesty lends even more context and insight into the singer’s demons, but ends on a redemptive note and planned reunion with 4AD mentor Ivo Watts-Russell.

Offering up new secrets and nuances with each spin, and leaving you feeling like you have just run the gamut of human emotion, Benji is far more than mere confessional songwriting. Kozelek’s lyrics come across as artless, as if he’s just conversing with you, but it is abundantly clear how carefully and cleverly constructed it all is. For anyone who abandoned the Kozelek oeuvre at the Red House Painters incarnation, this couldn’t be more different. It is a truly unforgettable journey through the life, loves and losses of an artist completely comfortable in his abilities; a brave and fascinating storyteller, unafraid to embellish his work with the woes, relationship breakdowns and interpersonal intricacies that we all encounter in our own lives.