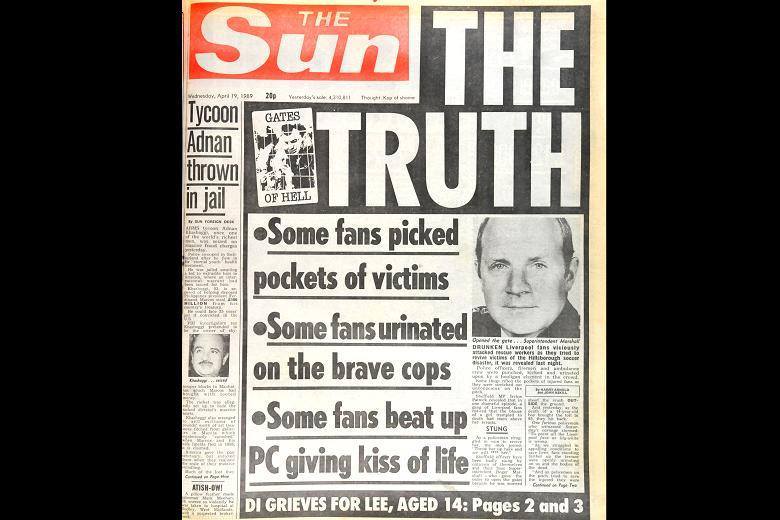 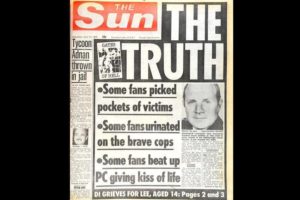 It’s the most notorious newspaper front cover of all time.

Somehow the newspaper reduced the tragedy into two words ‘the truth’ and blackened the fans name and is a key part in the ridiculous delay in getting the proper verdict. Some say this was deliberate and part of the ‘cover up’.

It was a front cover that resulted in the Sun never been bought again on Merseyside.

Can their be any accountability for what they wrote that day? or will this stop the press being free to write what it wants?

It looks unlikely that any action can be taken – these institutions remain untouchable and the Sun even today didn’t mention yesterday’s verdict on its front cover.

The day after Hillsborough was, of course, emotive but the Sun cover set the stall and it, perhaps, one of the keys to why this whole affair has been dragged over 27 tortuous years. The amount of time it’s taken for the truth to finally come out was not helped by this ugly front cover.

It should be the end of the Sun and of their scurrilous owner Rupert Murdoch. But wearily we have have sit here and let them continue with their dark agenda – is this the kind of world we want to live in? really?