Here are a few more vital recent releases from Ace (nearly all issued on lovely, juicy vinyl), probably one of the best reissue labels in the world. 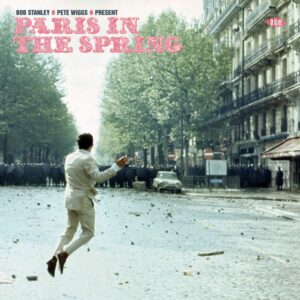 Various Artists – Paris In The Spring

Following on from their Ace thematic compilation albums featuring music for the English Weather, The Carnegie Deli and The Orchestrations of Robert Kirby, Saint Etienne’s Bob Stanley and Peter Wiggs now present a double album ambient soundtrack (on groovy clear vinyl) inspired by the Paris May 1968 uprising and its aftermath. `Assisted by Ace’s Liz Buckley and Mick Patrick, Stanley and Wiggs have assembled an enthralling collection of French pop, chanson and film soundtracks, recorded from 1968 until 1975, that effortlessly evoke the period and a golden era of French popular music.

The front cover of Paris In The Spring, featuring a Paris Match photo by Georges Melet of a lone, dabber, white-suited Parisian rioter leaping into the air in front of the mass ranks of the city riot police, captures the mood of the music contained within the sleeve perfectly. Stanley, who wrote the extensive and highly informative sleeve notes for Paris In The Spring, rightly highlights the string-laden and rhythmic work of celebrated singer/songwriter/jazz pianist Serge Gainsbourg as a pivotal figure in the transformation of French pop music during the late 60s/early 70s, with his concept album Histoire De Melody Nelson as a landmark recording. Gainsbourg is well represented on Paris In The Spring, with his 1969 number ‘Evelyne’, his partner Jane Birkin’s 1973 rendition of his song ‘Encore Lui’, France’s answer to Barbra Windsor Mireille Darc’s version of ‘Helicoptere’, his prodigy the late France Gall (‘Chanson Pour Que Tu M’Aimes Un Peu’) and a composition by his arranger, Jean-Claude Vannier’s ‘Les Gardes Volent Au Secours Du Roi’.

The brilliance of Paris In The Spring is not limited to Gainsbourg. The suave Jacques Dutronic dazzles with ‘La Metaphore’, Francoise Hardy’s beautiful ‘Viens’ from her classic 1971 album La Question, the tragic Nino Ferrer’s (he took his own life in 1989) sensual ‘Looking For You’ and the Morricone pop stylings of Janko Nilovic’s ‘Roses And Revolvers’ all contribute to making Paris In The Spring a breath-taking aural experience. Also available on CD, Paris In The Spring is the perfect summer compilation album. 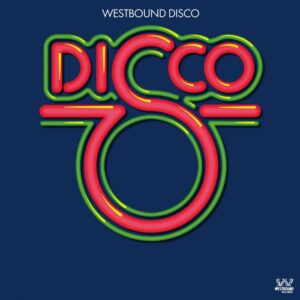 Formed in 1968 by Armen Boladian, independent Westbound scored hits with Denise LaSalle, The Detroit Emeralds and the aforementioned George Clinton unit Funkadelic. By 1975, Boladian wanted a slice of the disco action emerging from New York City. To that end, he hired Mike Theodore and the legendary Dennis Coffey as producers and artists, with Tom Moulton and Issy Sanchez providing crucial mixes. The fruits of their labours are accessible here.

Westbound Disco kicks off in high style with the 1977 Theodore and Coffey produced and arranged ‘Devil’s Gun’ by C.J. & Co, a seminal record in the history of disco as it was the first to be played by DJ Richie Kaczor at the opening of the infamous Manhattan club, Studio 54. Significant recordings come thick and far from this point in. The aptly named The Fantastic Four deliver the irresistible funky goods with ‘B.Y.O.F. (Bring Your Own Funk)’, co-written by Coffey and disco mixed by Issy Sanchez, while Denis Coffey himself delivers the propulsive ‘Wings Of Fire’, which remarkably was never released as a commercial single.

Compiled and noted by Alec Palao, this beautiful red vinyl double album Big Beat package (also available on CD) contains an eclectic mix of prime mid-1960s music, either produced or chosen by Shel Talmy, the expat American producer who transformed British music with his early defining production work with The Who, The Kinks and many other modernist 60s outfits.

This compilation contains many treasures from the Shel Talmy archives. Screamin’ Jay’s incredibly rare second album, The Night and Day of Screamin’ Jay Hawkins was mostly recorded with session musicians at Abbey Road in London during May 1965, for producer Shel Talmy’s Planet label. Featured here is a barnstorming early version of the Hawkins classic ‘Stone Crazy’ (itself a variant upon his masterwork ‘Frenzy’). Another seminal US blues legend, who had a profound influence upon British 60s music, John Lee Hooker, is also included. Hooker delivers in his inimitable style his mesmerising number ‘Mai Lee’, backed by the renowned UK outfit The Groundhogs. That band, renamed John Lee’s Groundhogs, contribute two further dynamic tracks of their own: ‘I’ll Never Fall In Love Again’, an early composition by a young Sly Stone, and the soulful ‘Over You Baby’, the recording of both cuts supervised by Rolling Stone Bill Wyman’s Freeway Music. A cool and jazzy Wyman tune, ‘Goodbye Girl’, is performed by The Corduroys.

Other numerous highlights include one David Jones’ fast swinging, loungecore song ‘Take My Tip’, written for American actor Kenny Miller and produced by Talmy. Jones would, of course, later find global fame as David Bowie. Future easy listening icon Tony Christie, with The Trackers, delivers a firm modernist tune, ‘Life’s Too Good To Waste’, The Pros & Cons offer a spirited cover of Ray Charles’ rocker ‘Mary Ann’ and the fabulously branded A Wild Uncertainty teeter on the edge of psychedelia with the Glyn Johns-produced ‘Broken Truth’.

Planet Mod is well worth a visit; the only problem being that you won’t want to leave. 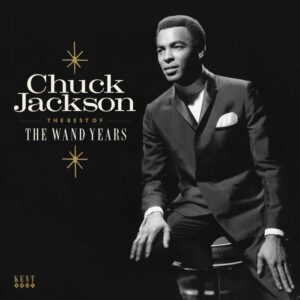 Chuck Jackson – The Best Of The Wand Years

Compiled and noted by Ady Croasdell, this wonderful vinyl-only compilation assembles the greatest waxings that the living legend soul singer Chuck Jackson recorded for the Wand label, between 1961and 1966. Venerated on the Northern Soul scene for decades, Jackson recorded eight solo albums for Wand, but, remarkably, this is the first 14 track vinyl ‘greatest hits’ package that has ever been amassed.

Opening with Jackson’s dynamic 1962 version of Jerry Leiber and Mike Stoller’s ‘I Keep Forgetting’ (also produced by the famous songwriters) and closing with the beautiful, bittersweet Gerry Goffin and Carole King 1965 ballad ‘I Need You’, The Best Of The Wand Years persuasively showcases the singer as one of the all-time great soul artists.

Featuring Jackson’s spirited revival of The Skyliners’ 1958 doo-wop hit ‘Since I Don’t Have You’, his epic 1962 rendition of Burt Bacharach’s ‘Any Day Now’ (covered by Elvis Presley on his 1969 album, From Elvis in Memphis) and perennial Northern Soul favourites, such as the Detroit recorded, irresistible dance number ‘Good Things Come To Those Who Wait’ and the equally dynamic 1966 number ‘These Chains Of Love (Are Breaking Me Down)’, this Kent compilation is an essential purchase for those who want prime Chuck Jackson on one vinyl record.

Chuck Jackson – The Best Of The Wand Years is guaranteed to receive countless spins on your turntable this summer. 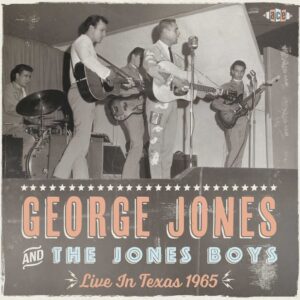 This CD is a fantastic and rare mid-60s live recording of prime Texas honky-tonk music performed by one of the greatest country artists who ever lived – George Jones (1931 – 2013).

Jones’ producer H.W. ‘Pappy’ Daily rented mobile recording gear to tape Jones and The Jones Boys at the renowned honky-tonk venue, the Dancetown USA, Houston, on an indeterminate date during early 1965. Previously issued 30 years ago by Ace on vinyl and CD, this newly remastered disc is in glorious mono, as the record would have been issued in 1965.

Songwriter George Jones possessed one the best voices in the annals of country music. “When you hear George Jones sing, you are hearing a man who takes a song and makes it a work of art – always,” opined singer/songwriter Emmylou Harris. “He has a remarkable voice that flows out of him effortlessly, and quietly, but with an edge that comes from the stormy part of the heart.” On this live date, Jones claims to have a cold (which, together with certain problems with the original 2-track recording, might account for the record having not been released by the Musicor label in the 60s). Yet Jones’ trademark alternating high tenor, pulsing baritone and lunging to bass vocals sound real on target. The raucous and appreciative crowd at the Dancetown USA are highly audible throughout, but that only adds to the charm of the recording which highlights the dexterity of Jones’ Boys – which feature Jones’s support act, label mate and harmony vocalist Don Adams and the notorious future country star Johnny Paycheck (at this juncture named Donald Lytle), on bass and backing vocals.

The set, in typical Jones fashion, swerves from his chronicles of hedonistic celebration (‘I’m Ragged But I’m Right’, ‘Who Shot Sam’, a rare blast of rock ‘n’ roll with a cover of Larry Williams’ ‘Bony Moronie’ and his tempestuous early alcohol anthem, J.P. Richardson’s ‘White Lighting’), to what the great writer Nick Tosches accurately described as Jones’ “poison-love songs” (‘The Window Up Above’, Rich Hall’s ‘Aching Breaking Heart’, ‘Your Tender Years’ and ‘She’s Lonesome Again’).

For an hour, George Jones & the magnificent Jones Boys magically transport you back in time to the Dancetown USA, Houston, 1965. You won’t want to leave.