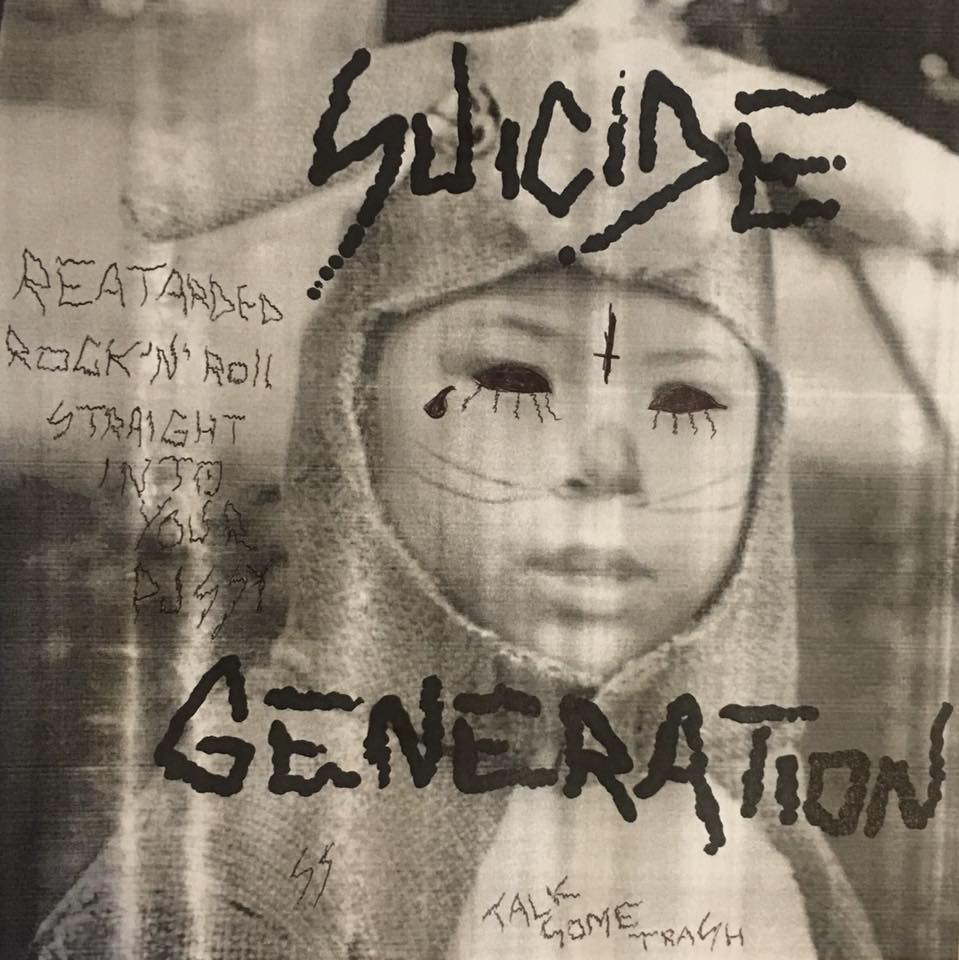 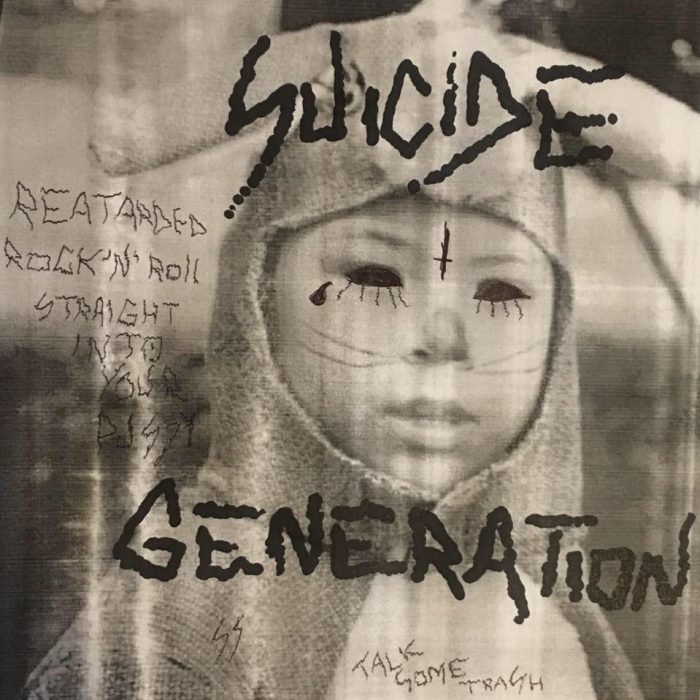 Suicide Generation, a veritable Dirty Water supergroup with members of Atomic Suplex, The Cavemen, and Trash Culture, hook up to drag rock ‘n’ roll back to the scuzzy street gutter where it belongs. Nathan Whittle checks out their debut album, 1st Suicide.

On their first album, Suicide Generation load up a shot of high adrenalin, fuzzed out, guttural rock ‘n’ roll. Album opener, Suicide Generation, is a simple stripped back garage rocker that pricks the ears and whets the tongue but doesn’t give a hint of the aural assault that they are about to let rip on you. Why Can’t I Play With You? sounds like The Dead Kennedys being ground to a pulp beneath the pounding rhythm that drives the song. Buzzsaw fuzz to 11 and we march. From there they roll into Set Me On Fire, a booze-soaked blues hound from Hell, full of spitting, snarling attitude. The songs here fly by at breakneck speed and before you know it they’re dropping possible album highlight, Nora, an absolute mosh-pit filler of classic rock ‘n’ roll, fed through a meat blender and left bloody on the floor.

London Blues shows Suicide Generation belief that the roll as important as the rock, sliding in and grooving along, snaking through the crowd. Landing smack in the middle of the record, it pulls you out of the mayhem and finds you staring into the deadbeat eyes of a sick and twisted world. For a brief moment it feels like someone will guide us through it, before the band kick it back up a gear and launch into the screeching Love Is Hate, tossing us back into the filth and the fire. Little Mama sounds like The Cramps dragging Jon Spencer Blues Explosion through a crowd of jiving dive bar drunks, while on Evil Everywhere lead singer Sebastian Melmoth summons a menacing darkness of paranoia, wailing possessed. Leaving you battered and broken in only 17 minutes, Suicide Generation sign off with You Love Me, a blues-drenched stormer that grabs you by the scruff of your neck and hauls you back to your feet, leaving you to stagger off into the night.

Drinking from the same pot as Gun Club, Pussy Galore, and kicking the bass to the curb, Suicide Generation’s three-pronged guitar attack creates a wall of fuzz, and this record screams through it. Countdown to 2nd Suicide, because there’s no doubt you’re going to need another shot of Suicide Generation after this.