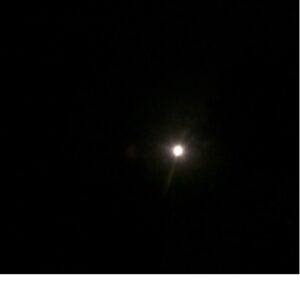 I don’t know much about Sugar Coat. Only that i happened upon them on Twitter, got sent the link to their Soundcloud by a third party and that their album was described as a “Heavy concept album about near-death experiences, man…” Well, who fucking wouldn’t listen to that eh?

Opener ‘His Hands’ is full of ethereal, St Etienne esque vocals, that when angry, takes on Garbages’ Shirley Manson! It has really clever clattery percussion, electronica and pure pop that drives this track with the refrain of “if i ever catch him touching another, his hands, his hands, his hands will never feel again”. It’s powerful and scary and you fucking believe every word!
‘Me instead’ follows and is a gentle ‘torch song’ showing off the gorgeous range of vocals that the lead singer has.
‘Just a man’ is an absolute bassy, bombastic throbbing track that has almost industrial percussion as well as harmonies behind the refrain of “He’s just a man, he’s not a god!” Such gorgeous balls she has.
‘Come and get me’ has gentle minimalist electronica which combines beautifully with the sultry torch song vocals of “come and get me” and drawn out noise that is reminiscent of Portishead’s work with Beth Gibbons.
The experimentation continues with middle eastern influences on ‘Don’t Fall’ and ‘Moon’. Deep echoy beats and far reaching chilled out instrumentation.

‘The Same Children’ is again a quiet affair, but ‘Pieces’ is an epic chilled out, feast that owes lots to Mowtown, but almost as much the UK’s ‘trip hop’ scene. Just gorgeous stuff.
‘Slow Down’ is again a more experimental jazzy guitar affair that gets pretty grungy half way through. Again, the beautiful vocals shine through and just add up to the final track that is the epic ‘I didn’t’. There is an atmospheric and dramatic gentle build up of instrumentation as the vocals sway and subside during the track. It’s dramatic, yet experimental and exactly what we have been used to throughout this LP. It’s beautiful, ethereal (whatever that means) has gorgeous instrumentation and lyrics. But most of all it has heart. And that is what we need in this world at the moment. Lovely stuff.