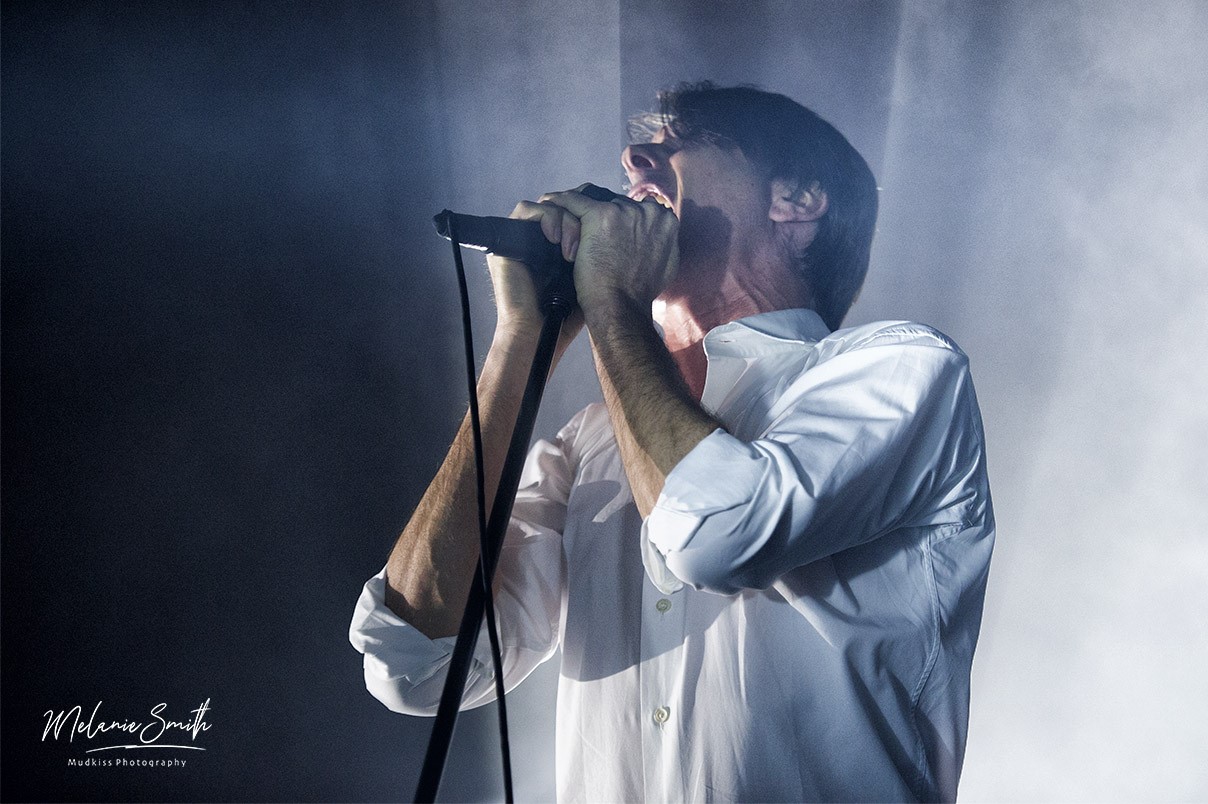 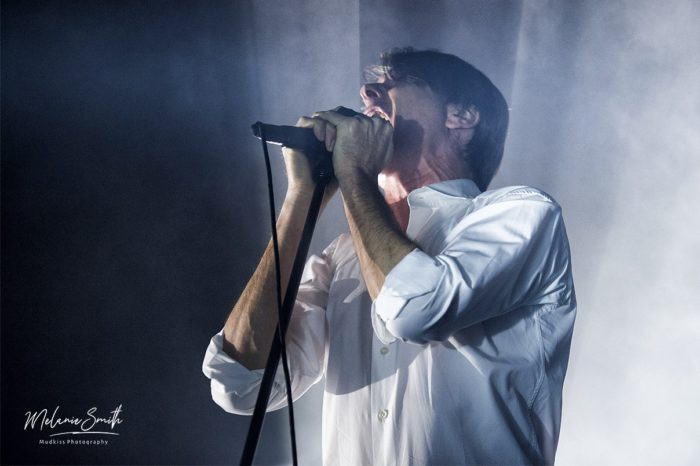 Lee Ashworth covered Suede on this tour  for LTW, from the point of view of ‘An Insatiable One’ – a devoted, long-time fan.  It is one of the most perfect, astute reviews the band have ever had.  Ged Babey is more of a casual follower of the band, but is no less enthralled and impressed when they play his home town.

He puts his faith in the moment…

I remember when Suede were called the best new band in Britain‘. I didn’t wholeheartedly agree then – despite seeing them at the 100 capacity Joiners Arms as it was in ’93 -when they did metaphorically demolish the place…

But now, and for the past six years, Suede have achieved not only the most successful band reformation but become simply ‘the best established band in the country’ in terms of performance and artistic output. Almost impossibly they retain a youthful vigour and the onstage passion of a hungry new band.  Suede are not ‘going thru the motions’, they are a band who show up on the Richter Scale when they play. Suede cause earth tremors and heart tremors, palpitations and the earth moves, hearts break and soul mates entwine in a dramatic passion-play. (And critics get carried away…)

When they appear thru dry ice and darkness, red-lights and the thunder of drums it is a Gothic entrance which does indeed en-trance.  ‘As One’ from The Blue Hour is immense. The ‘Here I Am’ echoing around the airy confines of the Guildhall.  Not many bands could follow a brand new song with one from twenty-four years earlier and the join be seamless.  Suede did with ‘Together’.  ‘Outsiders’ is truly anthemic and I would say a highlight, but practically every song is a highlight.

When they do the two acoustic numbers the hall quietens down after a few drunken whoops and shouts and it is mesmerising. Only Nick Cave is capable of creative such dramatic tension with music that has so much space in it that the light shines through.

Brett Anderson’s voice is phenomenal and stronger than ever. Physically he has a lithe rock-star athleticism and suavity that few can match.  Codling, Osman, Oakes and Gilbert simply get on with the job of creating the dramatic, lush soundscape over which Brett creates and enacts the narratives.  They are all masterly musicians but Oakes is up there with the greatest guitarists in terms of sound if not technical ability. He is a worthy successor to John McGeoch to my mind.

Personally, I would say Suede now out-rank the Smiths and Stone Roses historically as ‘a Great British Band’ as well as becoming The Band of their Generation. (The Britpop bunch, but they always transcended that anyway.  Only the Manic Street Preachers are their equals – another band of Outsiders who became mainstream…. and have a loyal fanbase and an unmatched back catalogue).

Brett Andersen is only three years younger than me (52).  But he has a hundred times the energy I have and probably the same waist measurement he had at 18, all his own teeth and a full head of hair.  The Bastard.  Women love him and men wish they were a fraction as cool.  But all of that is unimportant really as Suede are about the music and the songs. 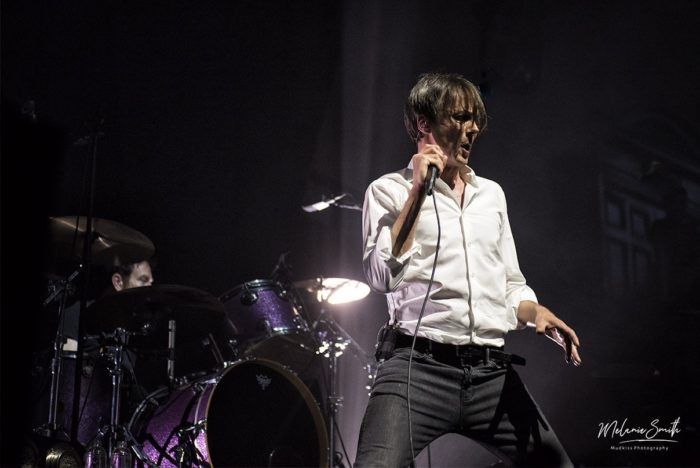 Brett confided with the Southampton audience they have played seventy-five different songs on this tour – so picking the right ones is quite a task. Looking at the ever useful Setlist-FM, Suede changed their set-list each date on the tour – Twelve constants at the start, end and mid-set but the other six or seven unique to that gig, and two done in a stripped down acoustic format. This must be great for the Insatiable followers who go to every gig, this is a band who cares about quality and their fans.

Tonights’ selection were:
As One /  Together / Outsiders / We Are the Pigs / So Young / Metal Mickey / Heroine /  Breakdown /Obsessions (acoustic) / The Drowners /  It Starts and Ends With You / Sabotage / Painted People / Trash / Animal Nitrate / The Living Dead (Brett solo acoustic) / I Don’t Know How to Reach You / The Invisibles /  Flytipping / Encore: Beautiful Ones /Life Is Golden

One hour forty minutes of perfection.

Personally, I would be satisfied with just songs from the recent Trilogy of albums as I think they eclipse all of the ‘early’ stuff – but the Insatiable Ones disagree – and Trash is a triumphant singalong.

The final song of the encore is the gem which nestles halfway through the difficult, but epic Blue Hour album…

Suede have that Midas Touch.

The Suede tour is over but ….
Artmagic – the band featuring Richard Oakes and Sean McGhee play the following dates in May 2019