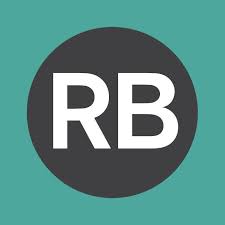 “One of the most enjoyable music events of the year. Roll on 2016” Drowned In Sound “A British seaside attraction turned on its head” Clash
“The most wondrously surreal setting imaginable” Dots and Dashes
“A crystalline magic hangs in the air” Louder Than War

Rockaway Beach is very proud to announce the appearance of guitar pop icons Suede, taking to the sophomore voyage of the South Coast festival. They join the first wave of music for RB16, happening this October at the Butlin’s Resort in Bognor Regis.

Artists will appear over three programmed days of music and DJ’s, in multiple venues within the Butlin’s Resort. The grounds also feature hand picked film screenings, tenpin bowling, go karting, swimming pools, arcades, and multiple bars and restaurants, along its own stretch of beach on the Sussex coast. With various types of accommodation packages available, weekend tickets for the event are on sale now from £145 per person via rockawaybeach.co.uk.

With multiple gold and platinum selling records, 14 top-20 singles, three #1 UK albums in a total of six top-10s spanning 23 years, Suede are without doubt one of the country’s biggest crossover guitar acts. Style icons in the Britpop era, album like ‘Dog Man Star’ and ‘Coming Up’ landed them headline billing at Reading Festival in 1997 before ‘Head Music’ secured their place in pop history. With appearances at the Royal Albert Hall, their biggest ever show at the o2 venue in London, and the release of their 2016 record ‘Night Thoughts’, their reunions years have been some of the most varied and exciting in the band’s career.

Reviewing the new release, The Quietus’ Luke Turner quoted that musically the album “is the most solid and focussed-sounding album Suede have ever realised… it certainly is the sound of a band stepping out of their own shadow to finally be all they can be.”

Killing Joke released ‘Pylon’ in 2015, their third in a triptych of heavy and uncompromising records, centered on bleak dystopian lyrics, landing them the official UK’s #1 Rock album spot, also featured in Rolling Stone’s top 10 metal albums of the year list. In the tail end of 2015 they played a run of sold out shows across the UK, many Gatherers and critics hailing the period as a modern day renaissance for the group.

Indie / dance crossover innovators Saint Etienne will be performing their seminal, Mercury Prize nominated ‘Foxbase Alpha’ album in full, alongside a selection of tracks from their 25 year career. A musical centerpiece of the “second summer of love”, Saint Etienne helped define the early 90’s indie-dance scene, taking house music into the mainstream with an impressive 14 top-40 UK singles to their name.

As well as legendary headline artists, Rockaway Beach prides itself of being a place for music discovery. During its maiden voyage in 2015 Spiritualized, Echo & The Bunnymen, Johnny Marr and The Fall performed sets alongside Young Fathers, Nadine Shah, Ghostpoet, Flowers and Public Service Broadcasting, seeing in one of the most distinct line-ups anywhere in the country.

Rockaway Beach is back sailing the flag for alternative music fans this Autumn, crossing boundaries, genres and generations with many emerging acts still to announce, as well as some top of the bill acts to unveil. With DJs and film screenings also revealed over the coming months, RB16 will be bringing back an intelligent, challenging and rewarding festival to the Butlin’s arena.

Butlin’s Bognor Regis, West Sussex, is an enormous entertainment complex overlooking a beautiful beach. The festival venue has all the laughs you would expect from a holiday resort including a giant water park, funfairs, dodgems, arcades and a cinema all of which are open to fun- loving festival-goers.

All the onsite accommodation is included in the ticket price and located within walking distance of the indoor music venues. Each of the main stages has superb bar facilities and there are also various pubs, sports bars, restaurants and shops on site. This means festival-goers can focus on enjoying the music – regardless of the weather!

Everyone attending Rockaway Beach can opt to stay in hotels or the private holiday chalets that surround the indoor stages. Head to www.bigweekends.com for more information on the resort and accommodation and to book your tickets.

The event is over 18s only.