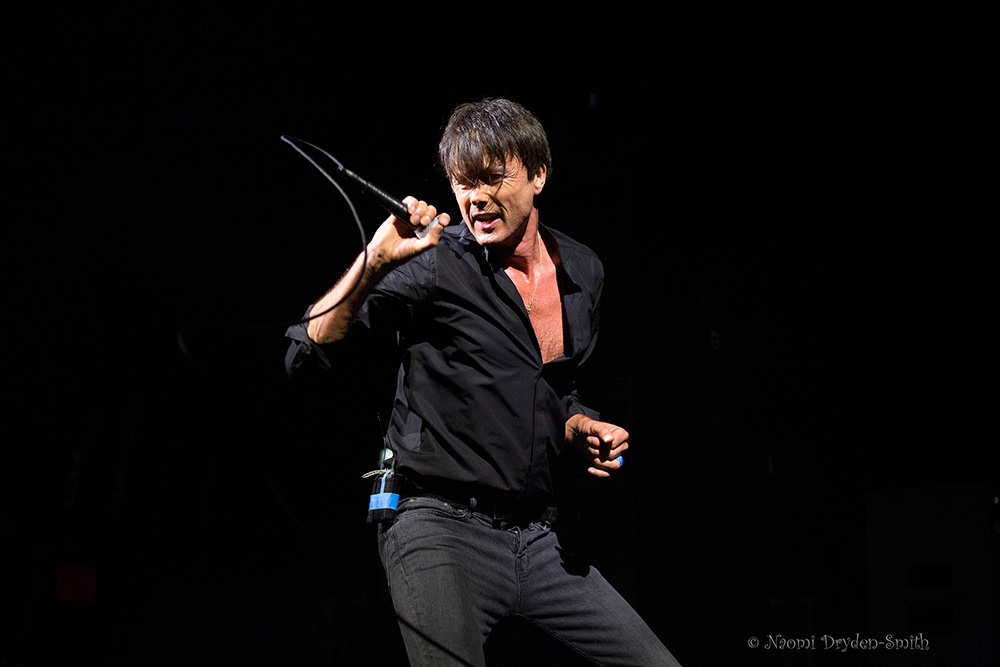 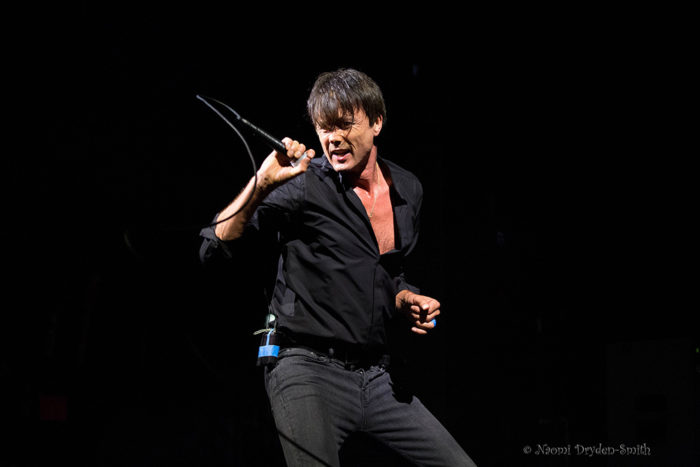 Suede were back and brilliant on the second of two sold-out major shows at Hammersmith Apollo in London, supported by The Horrors. Naomi Dryden-Smith went along to be dazzled and seduced.

Given they’ve been around for 13 years, often headlining, and with five studio albums under their belt, The Horrors’ appearance tonight is noticeably understated – limited to just seven tracks. But they’ve got the songs, and latest album V is ambitious and brilliant in parts. The opener Hologram is rich and striking in Tubeway Army industrial synths, and Something To Remember Me By is a close brush with jaunty synthpop, with a New Order vein running through. It makes sense that they’re supporting Suede – just as when they’ve supported Florence and the Machine or Depeche Mode, musically they share common elements with the headliner. Singer Faris Badwan is cool and elusive, and the band are hidden by dark lighting for much of the set – there’s more shoe-gazing than interaction with the audience, and Josh Hayward takes over on the stage presence front, but on the whole it’s an immersive and intense set, and a fitting build-up for what comes next. 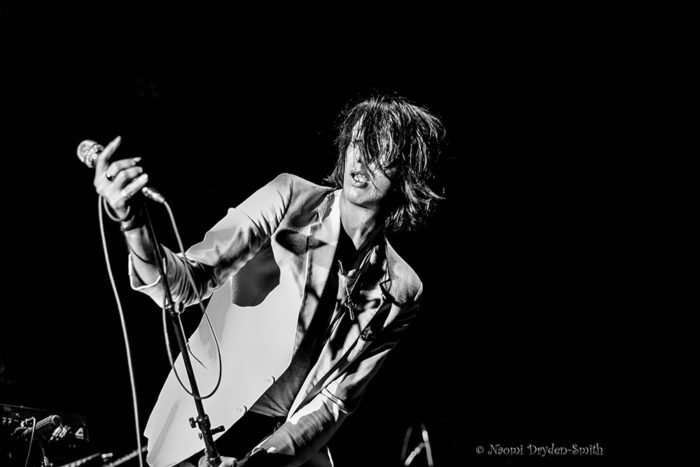 Suede appear, silhouetted behind a transparent curtain, artistic and atmospheric as ever. Here’s a band that has been through an impressive evolution – proper rock stars, flirting with the seedier edge of Britpop, with their paraphernalia of androgyny, hints at bisexuality, love triangles and too many drugs. They‘ve had their fair share of shake ups, from losing Justine Frischmann, which all parties now agree was actually a Good Thing; losing Bernard Butler BUT then gaining Richard Oakes; Anderson losing his “demon” and dismantling the band; and then finding a new and improved one some 7 years later: this demon has channeled all the best bits of Bryan Ferry, David Bowie and Mick Jagger, with a splash of Morrissey, making him surely one of the best British frontmen around, of a band that only seems to get better.

Here primarily to promote new album The Blue Hour, things start with As One – “Oh I’m your blue eyed boy”, with Anderson commanding his audience “Here I am, Here I am, Run to me, Come to me”. Almost a pagan chant, it’s spellbinding. And suddenly, the spell is broken by the jerky intro to She and the whole place starts moving. The band is still behind the curtain but Anderson is spotlit and teasing, emerging slowly. By the third song, Outsiders, the curtain is thankfully down and Anderson is free to roam, already slick with sweat, swing his mic, snake his hips, grind, crawl, jump off monitors and get up close to grab audience hands. He’s a consummate performer, never still, giving everything he has, especially to the fans – “Are there any Insatiable Ones in the audience? This one’s especially for you…”

The Blue Hour is something of a concept album, dark and brooding in places, and it follows that the more sombre moments are dense new songs like The Invisibles and Flytipping. Suede’s more established tracks, though, are another thing – Anderson thrusts and gurns his way through We Are The Pigs, So Young, Film Star, Metal Mickey and Trash – as they keep coming, he becomes more frenetic and wild, beating his chest. 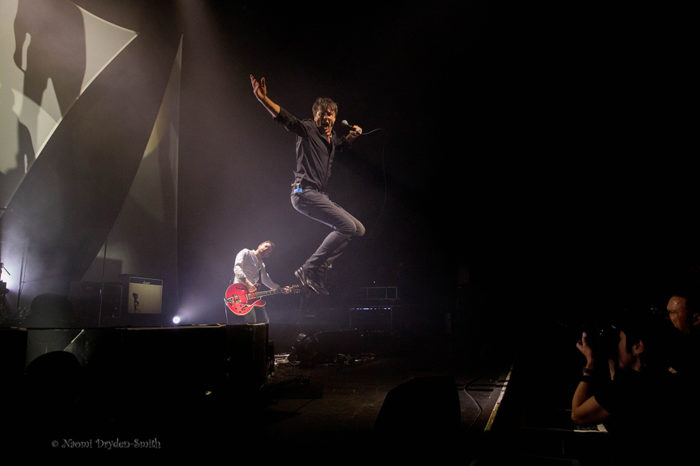 Anderson hands much of the vocal of It Starts And Ends With You to the audience – a pity as that detracts from the sheer intensity of the song, which only he can bring to it. However, any disappointment in that melts away with what follows later – first a magical acoustic solo, The Power, which Anderson sings with no mic, humbly apologising for his guitar playing – the Apollo falls completely silent to listen, until a gentle sing-a-long builds, climaxing with more chest-thumping; and second, the utterly breathtaking Still Life, arguably the best moment of the night, initially just Anderson and Oakes, joined by the rest of the band to build the crescendo. Oakes’ guitar is simple and beautiful, building to a shimmer, and Anderson’s voice soars until he calmly reigns it back in for the last “But it’s still, still life” – stunning, emotional, heartbreaking.

We’re into the encore, and Anderson shares that it’s always so special to play London, their home town – but that there’s also pressure, “and it could fall either side of that line”. He’s decided that the Apollo is now his favourite venue, never played in 30 years of kicking around. The pace picks up again with an impassioned Beautiful Ones, finishing with a gloriously uplifting Life Is Golden – “you’re never alone, your life is golden”, written for his son but resonating with everyone.

This was a truly stunning concert, which definitely fell the right side of Anderson’s line. Many think that Suede are currently at the top of their game, and after this weekend it’s hard not to agree. 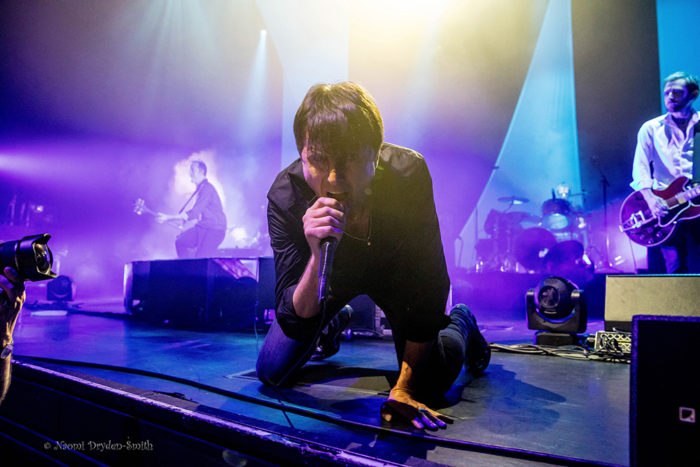