Home David Bowie Such a holy place to be – Holy Holy live review! 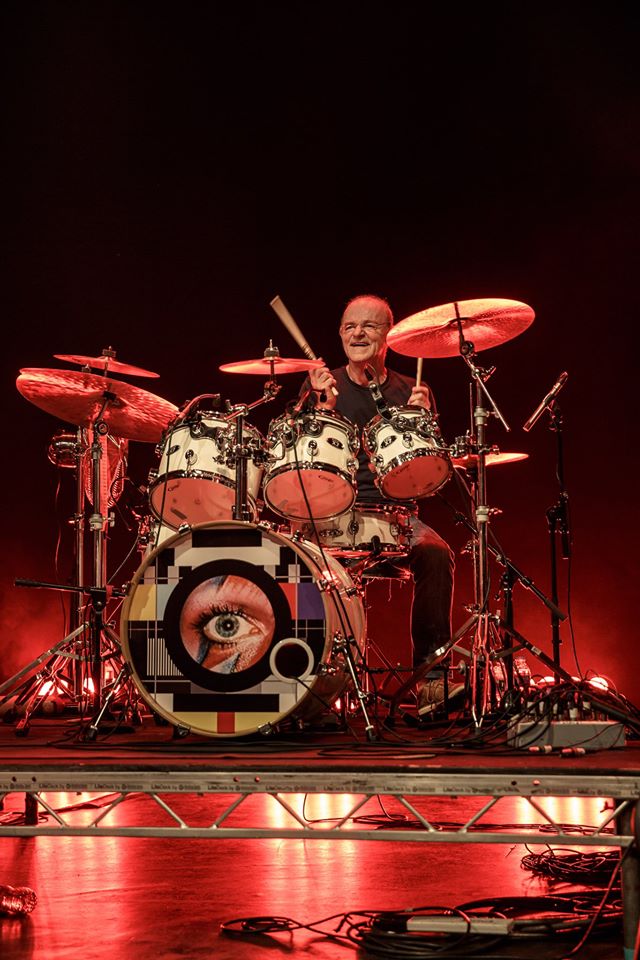 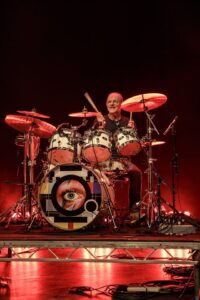 The best ones are harmless but utterly pointless. The worst are downright embarrassing. If there is any upside to this depressing scene it’s the brilliant band names you encounter every so often – Status No, Nearvana, PJ Hardly.

David Bowie’s small army of copyists, and bless ‘em for trying, are rarely any cop. Expect shape-throwing plasterers with zigzag faces, their stagewear scratched up from Primark leggings and charity shop blouses. Musically, they might have just enough chops to get by. But they won’t be great. And chances are your pseudo-Ronno will be sporting the kind of face that concedes he would rather be at home, working up demos for his ‘proper’ band.

Holy Holy play David Bowie songs from the early 1970s. But they are NOT a tribute band. No sir.

For one thing, and this is very important, their drummer isn’t trying to be the bloke off of the Spiders from Mars. He IS the bloke off of the Spiders from Mars. And each of Woody Woodmansey’s drum parts, from the conspicuous double heartbeat motif which runs an icy spine through ‘Five Years’ to the battering ram rhythms of ‘Cracked Actor’, confirm this. Everything comes watermarked with his signature style. To watch Woody in action, like this, is to understand that in this game authenticity is everything.  He is a brilliant drummer, by God, one of the world’s best. And a key part of the brilliance of Holy Holy is Woody’s boffin-like ability to replicate every subtle nuance from every one of these great songs. When Woody plays his drums the years, all forty-odd of them, quickly fall away.

Holy Holy’s pool of musicians runs deep, and over the last 12 months Woody’s stage has been shared by such talents as Marc Almond, Glenn Gregory, Billy Duffy and Tony Visconti. Each show and each line-up has worked in its own way, but Monday night’s cherry-picked gang was arguably the tightest to date.

James Stevenson, channelling the late and great Mick Ronson, was an electric joy to hear, particularly when his flashing fingers were given their cue to let rip on ‘Moonage Daydream’ and ‘Time’.  And Spandau Ballet boy Steve Norman’s guest vocals and swarthy sax added a sniff of celebration to the air.

Man of the Match, though, was Terry Edwards from Gallon Drunk. His incredibly devoted horn-playing helped turn ‘Soul Love’ and ‘Rock’n’Roll Suicide’ into impressively faithful renditions, scoring him the respect of even the hardest-nosed Bowie snobs hogging the bar.

Speaking of which… we need to talk about the singer. Who would dare step into David Bowie’s shoes?

His name is Malcolm Doherty and he’s no copyist. He has a strong voice (like Bowie) and a classy sense of style (also like Bowie) but onstage he is very much his own man. Unlike the lipstick bricky brigade, Malcolm would never attempt to emulate the Dame. That would ruin this band.

He – and we in the audience –are clear on this: his challenging duty is to present these songs over and above himself as a singer. Such a strong frontman is he that this objective was achieved, most excellently.

There are special guests. Mick Ronson’s daughter and niece, Lisa and Hannah, both sing. Lisa’s ‘Lady Stardust’ was a tender highlight of the hour-plus set, while her buoyant duet with Steve Norman on ‘Suffragette City’ elevated this family affair into a screamalong dance party.

This was quite some night. A fast, frantic and very sweaty romp through some highlights of Woody’s past glories. And all performed to utter perfection.

It’s not a tribute band. It’s a celebration.