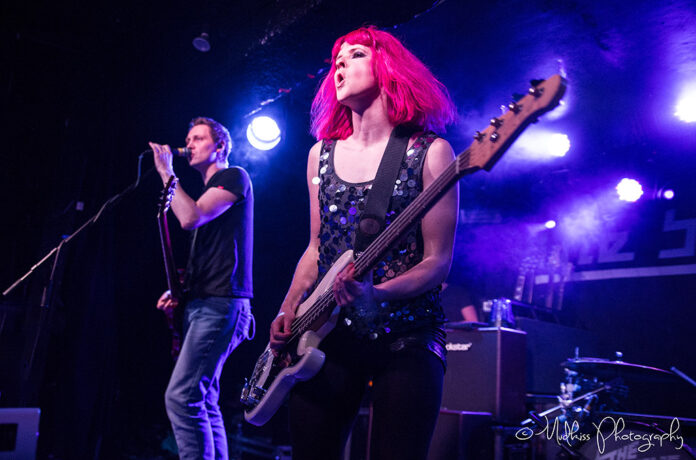 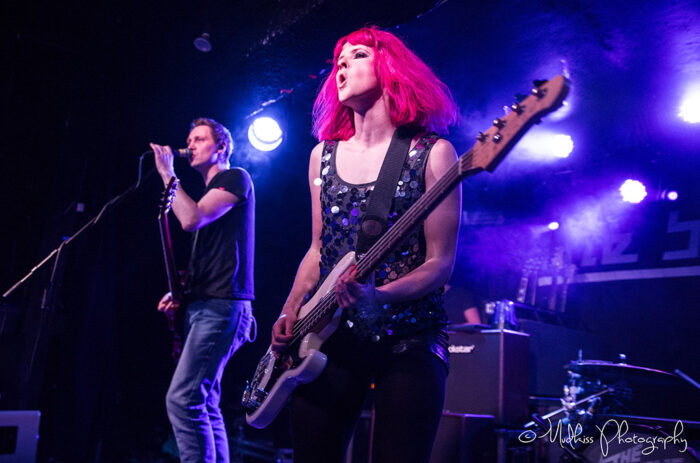 Louder Than War’s James Lowther (words) and Melanie Smith (photos) were at an intimate show by The Subways in Manchester last night. They report back in full below.

2015 marks the 10th anniversary of the Subways releasing their debut album. ‘Young for Eternity’, was a huge success, blending punk and indie music with hits like ‘Rock ‘n’ Roll Queen’ (who doesn’t love that track?!) and seeping into the mainstream just before bands like Arctic Monkeys took to the forefront of the British music scene. Since then they’ve sort of fallen off the radar for many people, which is a shame because they don’t half put on a hell of a live show.

The night kicked off with The Kontours, a young three-piece (which seemed to be a bit of a theme for the night) from Coventry, who embodied everything great about the current trend for bassy blues rock. Hard-hitting and loud, these guys are clearly destined to follow in the footsteps of bands like White Stripes and Royal Blood. They played like their life depended on it and it definitely paid off.

Next came one of the absolute highlights of the night. I’d never heard of Australian outfit Dune Rats before, but man am I glad I’ve heard of them now. It’s quite hard to describe them – they’re more of an experience than anything. Their stoner rock (and that title is very appropriate) had an almost Nirvana-esque vibe to it. They were chaotic and weird in the most perfect of ways. Never taking themselves too seriously, they still managed to produce some really cracking music that you could sing along to despite not hearing them beforehand. Give them a listen!

Then red and blue siren lights signalled that it was time for The Subways to take to the stage. Kicking things off with ‘We Don’t Need Money to Have a Good Time’, The Subways played a blistering set. Their passion for what they do is still very evident 10 years down the line. I might not have known many of their songs aside from their hits, but that really didn’t stop me from enjoying myself. Their enthusiasm was infectious, with bassist Charlotte Cooper jumping and dancing across the stage. 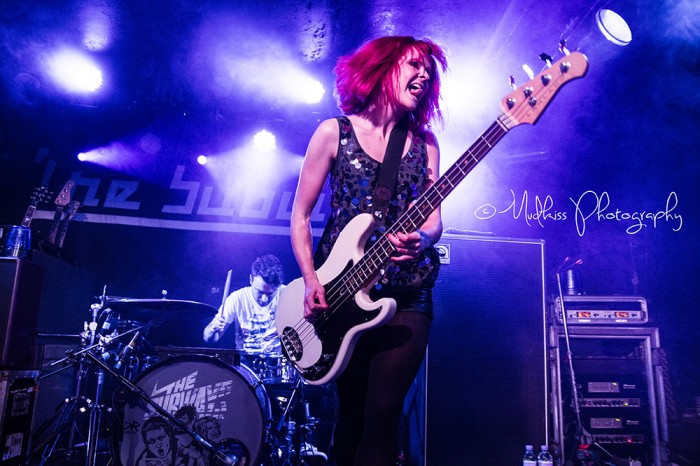 They were just a fun band to watch. Lead singer Billy Lunn kept the crowd entertained between songs, taking his shirts off after some chants from the crowd (and eventually his pants too?) and crowd-surfing. At one point he had the whole crowd sit down before jumping back up when the song kicked back in. If you’ve seen The Hives, you’ll have an idea of the sort of energy that The Subways put in to their live shows.

The highlight, of course, was ‘Rock ‘n’ Roll Queen’. I was transported back to 2005, taking my first tentative steps into the world of ‘real’ music. ‘Oh Yeah’, too, was another song I had on my old iPod Shuffle and the nostalgia only heightened the great live show that The Subways were putting on. It might have all been a little cheesy, but it was undeniably a great time, and if you get the chance to check them live, I’d heartily recommend it.