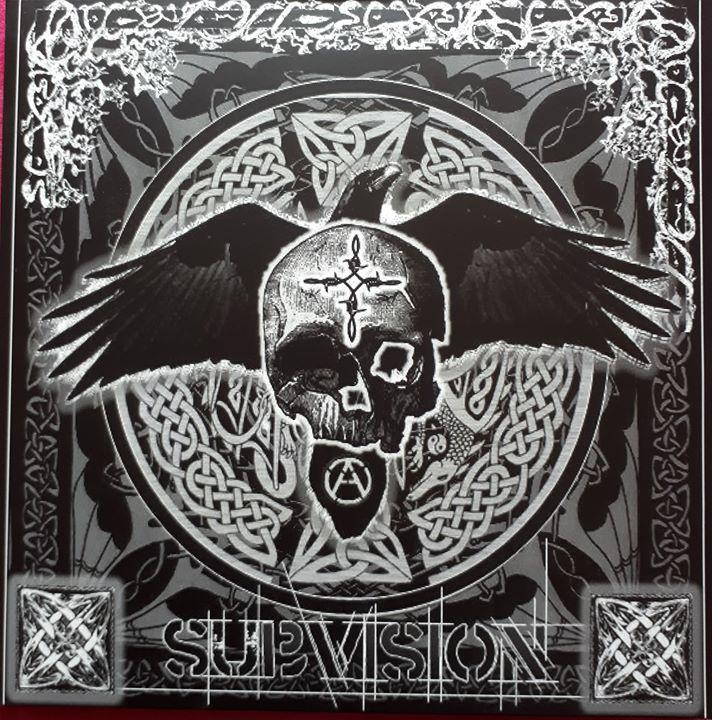 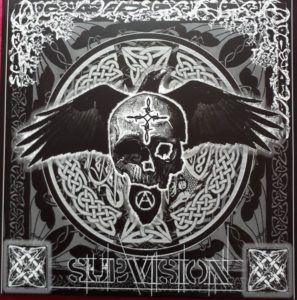 Subvision have been in my orbit for what seems like a lot of years; Reaction played one of our first proper gigs in the current incarnation on a bill with Subvision and perennials Crimedesk years back and I’ve seen them at any number of gigs since then. They’ve always  impressed me with both their musical muscularity and their “different from the crowd” approach; they’re often on punk bills but are a breath of fresh air among the cliched punk-by-numbers of a lot of the local bands. Some of the band have been around in different incarnations over the years in their hometown of Kincardine- some of the members were previously in Decomposed and some in ID Parade. Subvision as the current entity reformed back in 2012 and consist of- Beve-vocals, Dave, guitar, Pete, guitar, Hairy Beve, bass and Craig, drums.

As a band, they mine a fierce, heavier-than-thou seam that draws from the D-Beat of Discharge, NYC hardcore, Anarcho punk and Motorhead with a little industrial metal in the mix. Lyrically, they have a real political edge that simply takes no prisoners. As regards the record itself, firstly, I have to mention the albums production; the sound is crisp, multi-layered and huge. I’m not sure who helmed it but if it’s been the band themselves, they’ve created an absolute monster. Secondly, there’s barely a wasted note herein; it’s lean, mean and bone-crunchingly tight.

Opening with the slashing, knife-blade riffs of Army Of Clones sets the scene perfectly; Subvision write songs that are clever, imaginative and whisper it, have a whole lot of melody underneath the crunching chords and lightning-strike drumming. Front-man Beve has a powerful, wallpaper-stripper of a voice but he’s not averse to letting loose with a little actual singing when he feels like it. There’s a hint of Killing Joke across the tracks, too; you know, that precise, dominant riffing that KJ  do so well, allied to a groove from the rhythm section that shows their sheer control over the songs.

Surveillance has a creeping paranoia to it that the sparse lyrics underline; we are constantly under the eye of the state in the modern world and Subvision do not miss the target. The double kick drum strikes and serpentine bass add a frisson of that aforementioned groove.

With a clever use of samples and dialogue (and is that a keyboard I hear in the break of  Withers and Dies?), the album is rich in the type of detail that enriches the songs beyond the norm; there’s layers aplenty and the band use space in the likes of Perfect Crime to add a tension and release that adds to the overall drama. The no-compromise lyrics (and wonderful Crass-style cover art) illustrate a state-of-the nation address that’s as crucial as it is immediate. The dialogue samples from 1984 tell you all you need to know about Subvision’s view of the world.

It’s been a while in the making, but this is an absolute gem from Subvision.

Buy the album from the band’s Facebook page and it’ll be up on Bandcamp ASAP.

Subvision play at Nice’n’Sleazy, 421 Sauchiehall Street, G2 3LG Glasgow this Saturday 24 August on a packed bill with Extinction of Mankind headlining -Doors open 4.45 and they are due on at 6 pm so get there early  – Event Page