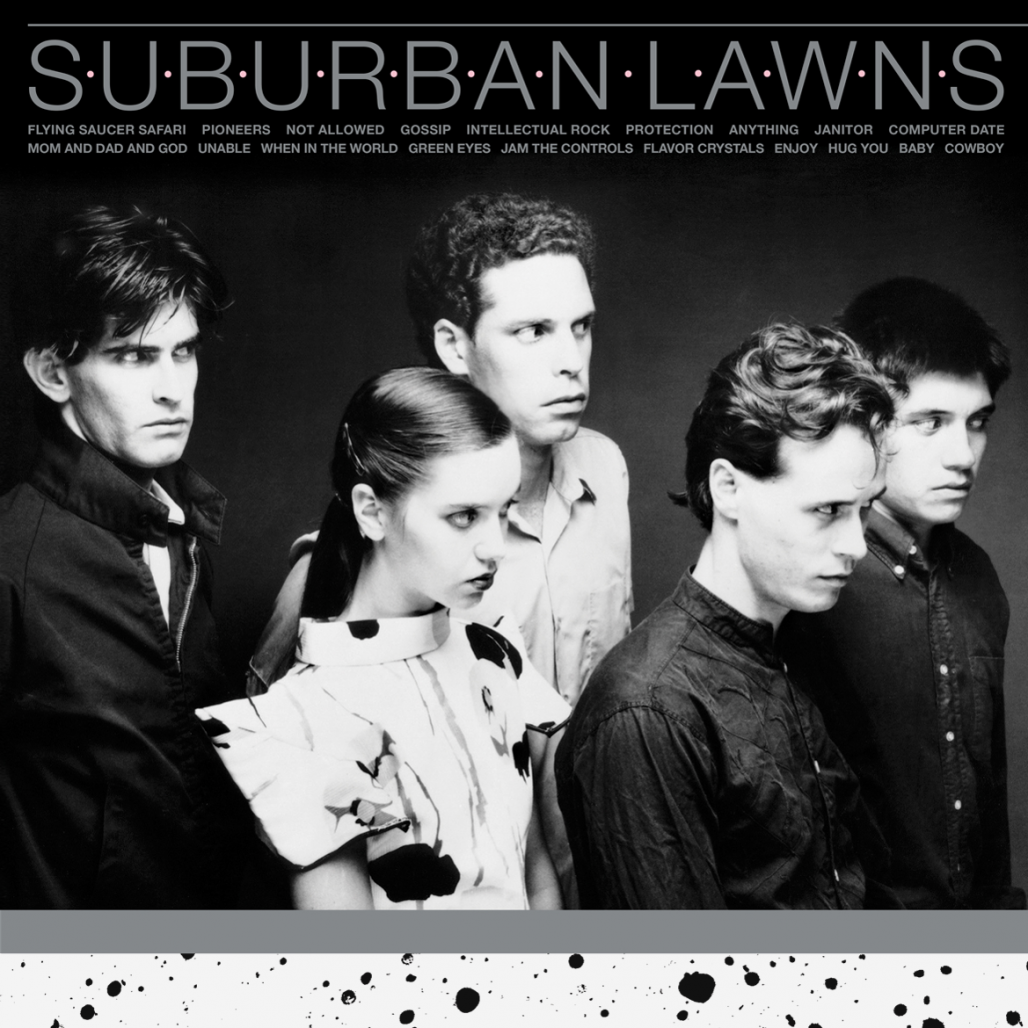 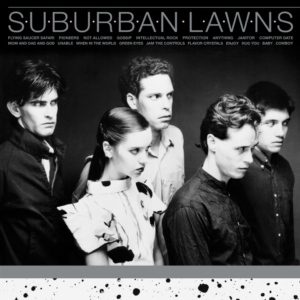 Cult American New Waver Art Punks Suburban Lawns get the reissue treatment for the first time having been ‘out of print since 1980’. Ian Canty leans on the white picket fence for Louder Than War, wearing one of those Devo-style flowerpot hats.

I remember David Hepworth, the Bob Harris of the 80s, saying something to the effect of “The New Wave exploded across the US with all the power of a wet sparkler” in about 1980. What the old duffer failed to take into account was that all over the States, like alien pods in a 50s Sci Fi movie, bands like the Suburban Lawns were sprouting up everywhere, laying the groundwork for the likes of Nirvana whilst weirding up their neighbourhood. The influence lay dormant until the time was right, whether it be hard-core punks like Black Flag slogging through the US on a never ending tour or the Suburban Lawns’s more locally based, pop approach. New Music gaining a foothold in the US of the 70s was not an easy win aimed straight at the Hot 100, but a war of attrition that was won on the ground and not on FM radio. The takeover took time but it happened in the end.

Hailing from Long Beach in California, the Lawns debuted with their single “Gidget Goes To Hell” (Gidget was the heroine of some 60s surf exploitation films and sadly the single is the only part of their oeuvre not contained on this thorough collection) on their own label before moving to the true home of flashy British and American New Wave, IRS. They cut a self- titled LP in 1981(reproduced in full on here) which made all the right noises but didn’t make much of a mark outside their hometown and certainly not in the UK. I can’t remember hearing about them at the time and on listening to this compilation, that is a shame.

The overall sound of the Suburban Lawns is like a more pop version of X, with a lot of Devo and a dash of the Motels in the mix. The female vocals are used quite sparingly, not getting centre stage that often, “Janitor” (“on my genitals” misheard in a chat between band members, so it became part of the lyrics) single and the sultry “Flavor Crystals” being exceptions. But though the obviously talented Su Tissue was underused, there’s plenty of herky jerky fun to be had here.

It’s a nicely put together collection which includes their later, more dance orientated EP “Baby” (itself a lovely, rhythmic number) with thorough sleeve-notes and pictures. Not to be missed by the New Wave collector or anyone interested in odd but good tunes.

In the final analysis the Suburban Lawns were a good band who in the boom years of 79 to 81 probably didn’t get the attention that they deserved because of the rush of similar bands that were around at the time. Now with the distance that only time can give we can see they were well worth the effort.