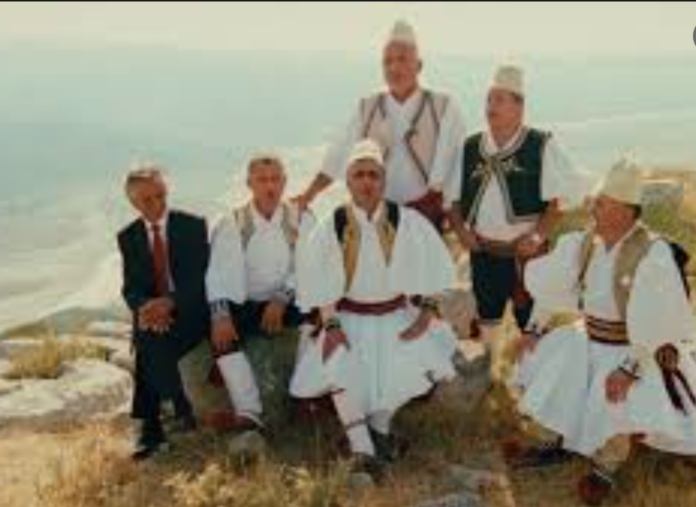 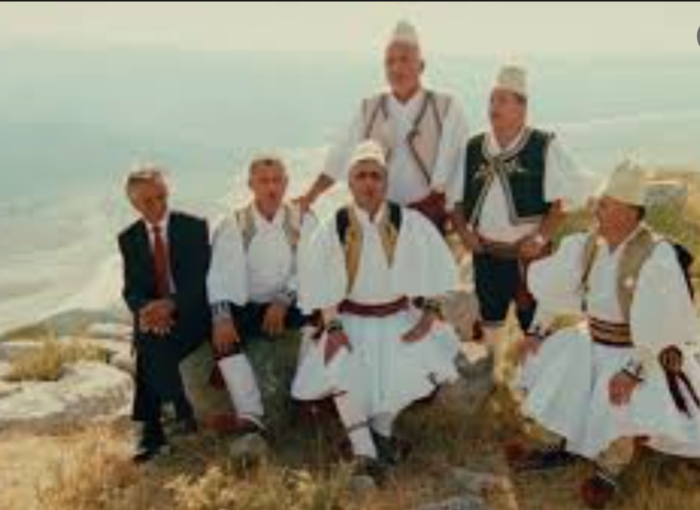 Grupi Lab are a supergroup of southern Albanian singers, legendary for their performances of the region’s ancient polyphonic songs. Led by ‘Artist of the People’ Golik Jaupi, a favourite musician of communist dictator Enver Hoxha until his death and Albania’s transition to democracy in the 1990s, Grupi Lab will be visiting the UK to showcase these 3000-year-old shepherd songs for the first-ever time. The members of the group rotate between the main voice, the powerful drone (the ‘iso’) and various intricate vocal chirping techniques that imitate goats, bells and the sounds of the Albanian mountains. When Grupi Lab sing, the earth shakes!
The tour is taking place to promote the release of the documentary ‘Washed by the Moon’, an ode to southern Albania’s unique vocal polyphony. DVDs will be available for sale at all performances, and the film will also be available to view online on the Lush Player from the beginning of the tour.
10 October, LONDON: live performance on NTS Radio; evening show at Cafe Oto, Dalston
11 October, BRISTOL: performance and screening of ‘Washed by the Moon’ at The Cube
13 October, NEWCASTLE: performance at TUSK Festival, Sage Theatre, Gateshead
15 October: LONDON: performance at the Houses of Parliament, Westminster

Justice Tonight return to Dublin with the Stone Roses

January 19, 2020
We use cookies to ensure that we give you the best experience on our website. If you continue to use this site we will assume that you are happy with it.Ok