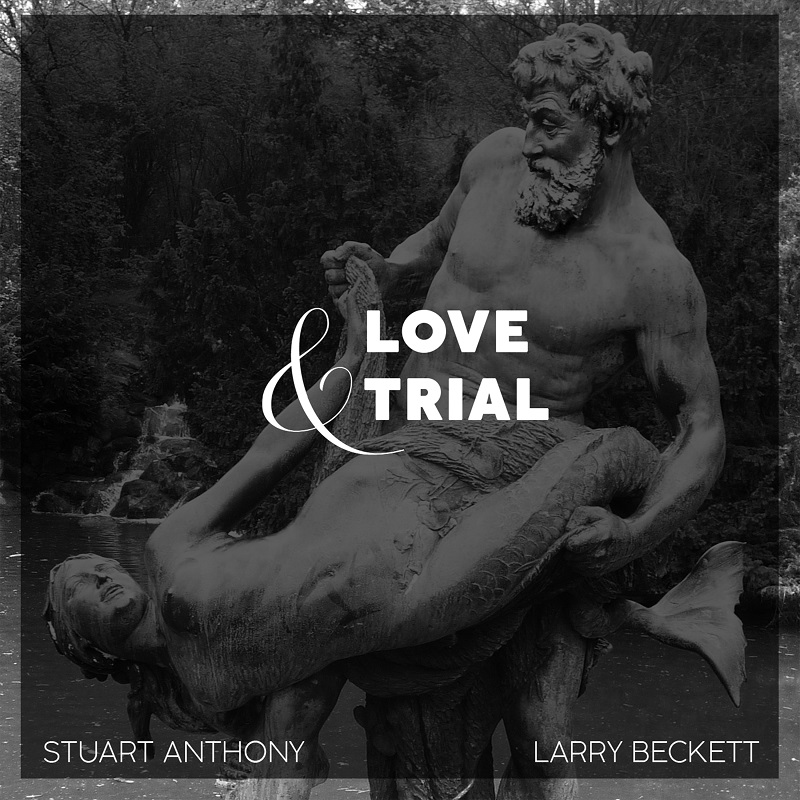 Released back in October, we catch up with Stuart Anthony’s latest collaboration with lyricist/poet Larry Beckett.

We have a bit of history with this pairing having  reviewed the Anthony /Beckett version of  Song To The Siren here while the duo have also collaborated via The Long Lost Band on their One More Mile (yes, we reviewed that too…link).

Now the singer-songwriter from Lancaster and the American Sixties poet/ lyricist (known best for his work with  Tim Buckley) have returned with an intriguing new work. It’s based upon Anthony’s passion for  Greek music fuelled by regular visits to  Greece, while Beckett’s similar fascination by the  ancient poetry and philosophy, led them to unite once more to make an album in that vein.

For his part, Beckett has drawn from  the ancient epic The Voyage and the hymns of Orpheus, passages from the philosopher Heraclitus, and the renaissance Cretan poem Erotokritos. All very exotic and esoteric.  These works have been  translated by Beckett into his own poetry, with Anthony writing the accompanying music. There are also new Beckett/Anthony originals, with the siren reappearing in one of them. Using instruments such as the Tambouras, a 7-string long-neck instrument, the pocket-size Baglamas, and twelve-string guitar, songs in the Greek style emerged, sung by Anthony or recited by Beckett.

A series of 16 spoken word pieces mix with musical songs and interludes with a strong Mediterranean presence that often hints at far Eastern promise. The latter appears  most notably on the snaking dance groove on Song Like Honey and Tambouras. There’s a shift in feel with Jess Thomas offering a alternative  voice and taking lead vocal on Wild Rose and Spirit Of Water and  Song To The Siren inevitably gets an outing. It’s the Beckett signature and now the Beckett/Anthony signature and comes in soft acoustic guise with a smattering of applause at its conclusion.

Album highlight? Exile And The Kingdom may be the standout and  typical of the dense laconic atmospheres of Love And Trial in what proves to be a fascinating and at times hypnotic  set from a developing partnership.

Love And Trial is available on Bandcamp

Watch the video for The Song from the album here: