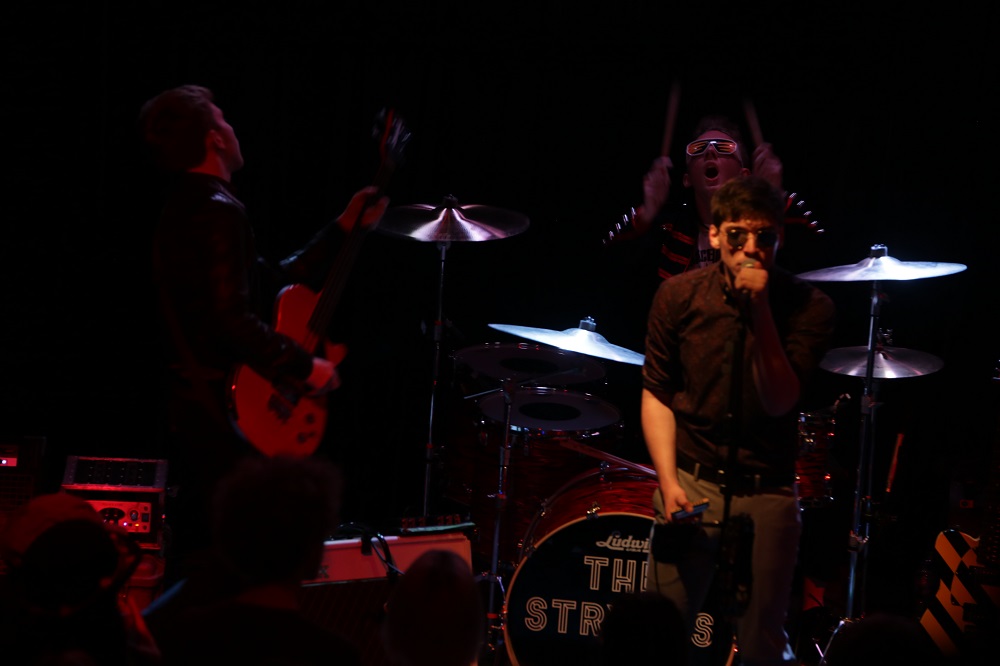 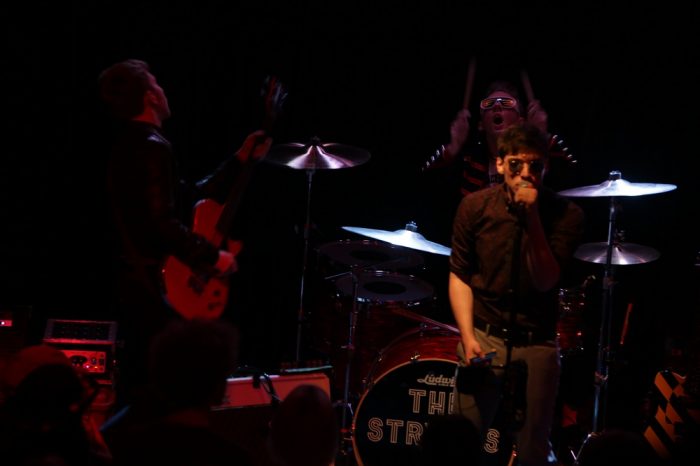 Once upon a time, when they burst upon the scene, The Strypes were a teenage novelty act. At the time they were still at school back home in Cavan. Now they are have grown up a bit and they have turned into a formidable live act.

The four piece are now onto their third album, Spitting Image, but are yet still only just out of their teens, and they have used all that hard-won experience to produce their sharpest work yet.

The band cite loads of influences, but in reality this is good old fashioned British R‘n’B reminiscent of the sort of work Sir Van did with Them in the 1960s, but with more than a bit of punk thrown into the mix.

They are out promoting the new album and the easy swagger of Behind Closed Doors sets the tone as singer Ross Farrelly spits out the works behind a pair of mirror shades. Imagine a less lived-in Lee Brilleaux, as Farrelly prowls round the front of the stage blowing his harp – you can’t take your eyes off him.

Cruel Brunette from their second album Little Victories was a delight, full of punchy dynamics and sharp pace changes. Great R’n’ B needs a very tight rhythm section so it’s handy Pete O’Hanlon and rock solid drummer Evan Walsh are just that. The hyperactive O’Hanlon is clearly a star graduate of the Bruce Foxton academy of bass player moves.

The full on blues of Angel Eyes was just epic, although maybe lead guitarist Josh McClorey’s guitar solos could do with being a bit less rock. His lines lack the taut economy of Wilko Johnson’s best work, which frankly is the benchmark for British R’n’B.

The boys have decided to play a cover on every night of the tour. They launched into a high octane version of Bonzo Goes To Bitberg, which was what it would have sounded like if the Ramones had been decent musicians.

There is also a pop edge to their work. Mystery Man is a lost hit single, and it was fun to see the tight rhythm of Drive You Home morph into Talking Heads’ Psycho Killer.

Even at 15 years old they could write decent tunes, so a heartfelt version of their pretty basic debut single Blue Collar Jane was reminder of just how far they have come in a short time. Time is obviously on their side but The Strypes have made the most of growing up in public to become a live force as good as anything on the circuit.

All words by Paul Clarke. His Louder Than War author’s archive can be found here.