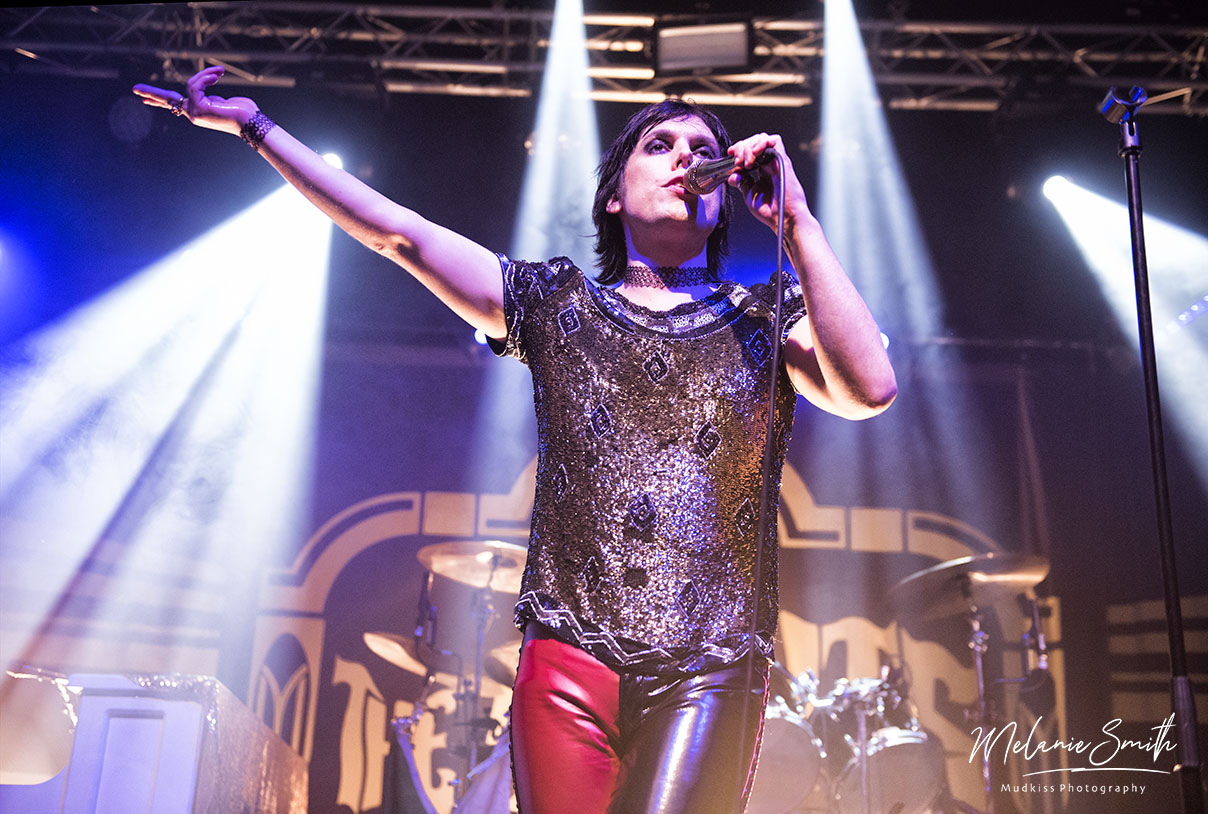 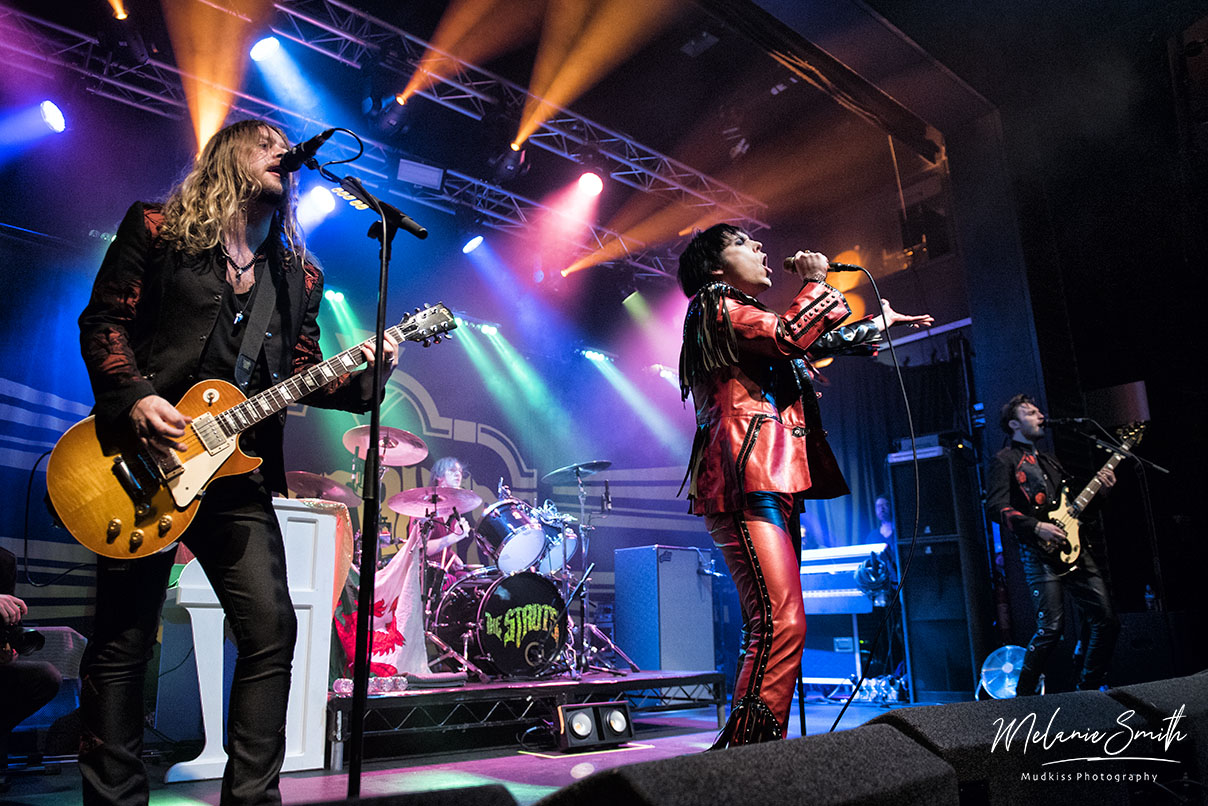 The Struts blew away a sold out crowd in Manchester with an exhilarating, healthy dose of glam rock goodness. Jared Musson was there to report back in words and Melanie Smith provided the images.

Though the band have been compared to the likes of Queen and The Darkness, they are yet to relish the kind of success here in the UK that they have in America. The Struts have enjoyed supporting legendary groups The Who, The Rolling Stones, Motley Crue and most recently Foo Fighters, gaining invaluable experience along the way. The band have been by no stretch of the imagination an overnight success here, but now back in England after five years of touring the US, The Struts embark on their biggest ever UK tour, ready to turn the tide on their home turf. 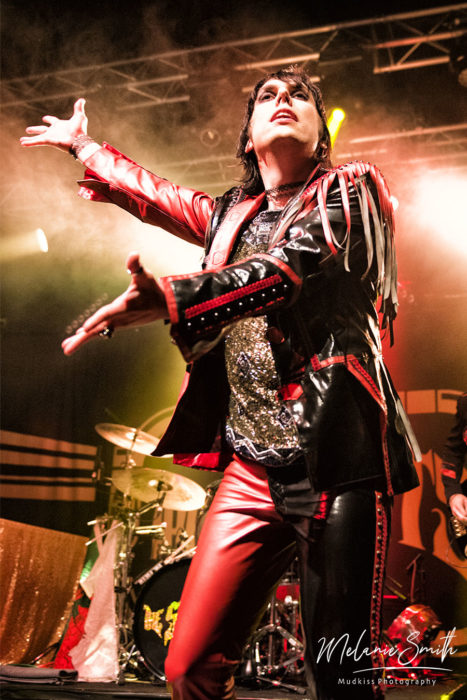 The Derbyshire rockers had the audience controlled right from minute one. Kicking off with ‘Primadonna Like Me’, it was clear to see that the night was going to consist of high-energy thrills. This was largely thanks to front man Luke Spiller, who proved himself to be one of the most entertaining frontmen around right now.

The setlist largely consisted of songs from the band’s latest album ‘Young and Dangerous’. Every track the group performed received a party-like reaction from the crowd. That’s what The Struts were so successful at creating, they turned The Academy into a party for the night. You’d be hard pressed to find a single audience member that wasn’t dancing, or obeying Spiller’s every word. When he shouted “get your fucking hands in the air”, 950 pairs of hands shot into the air.

Different stages of the show were often marked by the ever-changing outfits of the singer. There were at least three different jackets worn on the night by him, each as extravagant as the last, but the performance had more than enough showmanship and gusto to warrant it. The entire group’s outfits looked as if they’d travelled straight from the 70s, the stage was filled with glitter and leather. It’s a fantastic achievement for a band of this style to have such a successful career in this day and age. 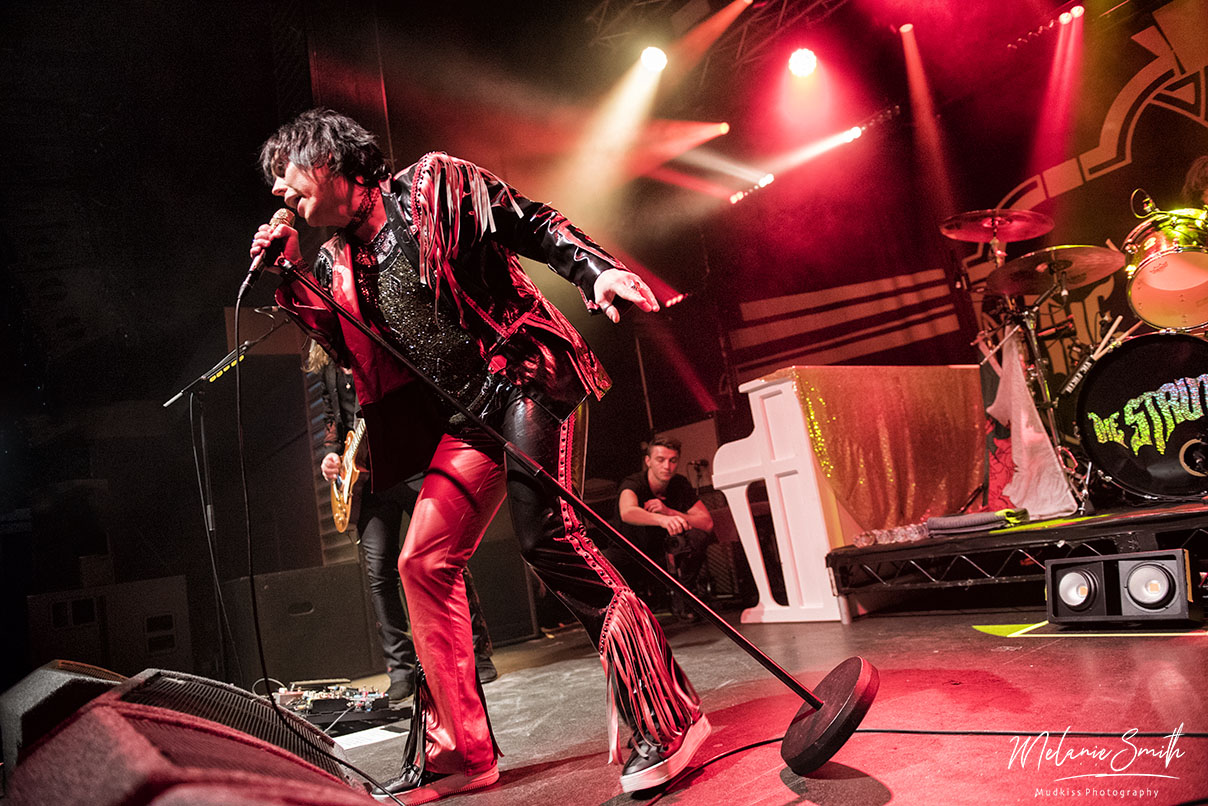 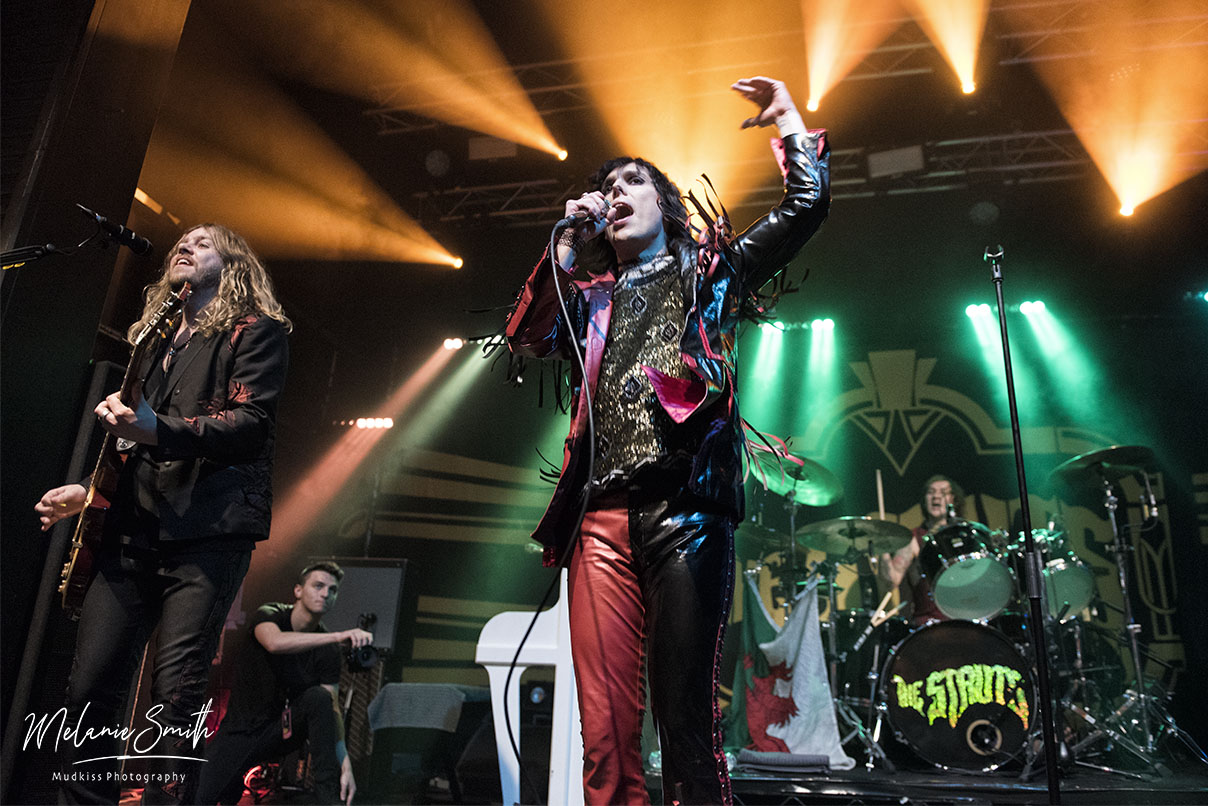 The Struts showed off their attitude with performances of ‘Kiss This’ and ‘Body Talks’, both of which were engaging and tremendously exciting, causing the entire crowd of almost a thousand to shake the venue with their synchronised jumping. However, a much more tender side of the band was shown with their performance of ‘Mary Go Round’, to which the crowd illuminated the venue with the lights from their phones. “I know it’s Manchester, but it’s okay to get your phones out” encouraged Spiller, who was eating up the love he was getting from the audience all night.

A cover of Bruce Springsteen’s ‘Dancing in the Dark’ was played, keeping the gig’s excitement levels at a maximum, before the group burst into hit ‘Put Your Money On Me’. This sent the already sweaty crowd into overdrive. The band left the stage but the venue demanded more.

The Struts returned to put their final stamp on a remarkable performance. Spiller thanked the crowd one last time, before playing the piano-driven ‘Ashes’ and a phenomenal rendition of band’s trademark anthem ‘Could Have Been Me’. Earlier in the show the frontman said “Finally, it’s been too long since we’ve been able to play in Manchester”. I’ve got a suspicion that this time we won’t be waiting as long for the group’s return.