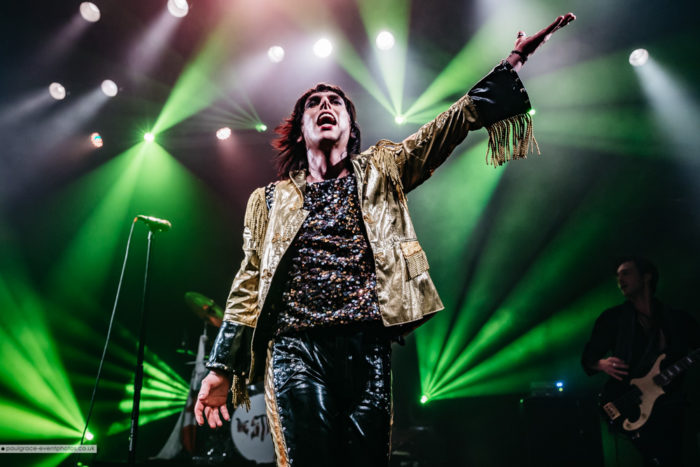 The Struts | The Second Sons

New school glam rockers, The Struts, put on the party of all parties at Camden’s Koko and take the live music experience to the next level. Paul Grace reports for Louder Than War.

Hailing from deepest Derbyshire, The Struts are deservedly enjoying a sharp spike in popularity. Last single, Body Talks, was an infectious three minute joy ride of retro rock sassiness, they’re about to embark on a massive US tour supporting the Foo Fighters, and have just played their biggest UK headline shows to date.

Camden’s Koko plays host to tonight’s gig. Warming up are The Second Sons who open perfectly with a 30 minute blast of fast-paced retro rock. Nick Harding plays the lead well, he certainly knows how to work the crowd and get ’em going. 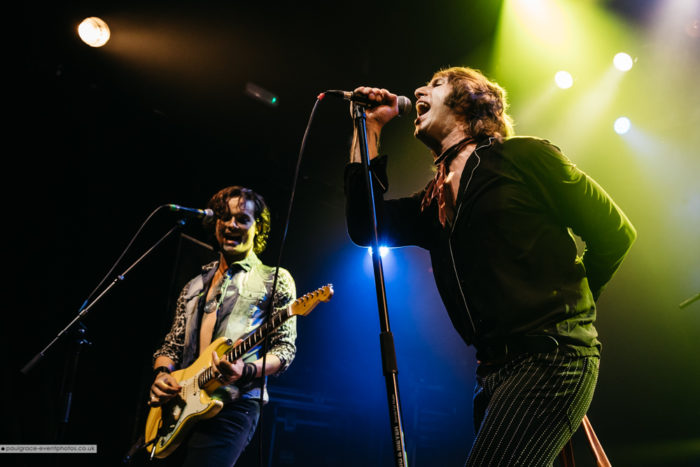 I’m cosily sandwiched between 12 other photographers in the photo pit as The Struts take to stage, but wow, what an explosive entrance! Initially each band member sprints on and takes a bow; first it’s Gethin Davies on drums, followed by Jed Elliot on bass, then it’s  guitarist Adam Slack and finally, like a tsunami in an ocean of glitter, vocalist Luke Spiller leaps on.

With boundless energy, Spiller steers us on a thrilling two hour journey of epic proportions. Massively charismatic, he’s a superb front-man, looking like the beautiful love child of Noel Fielding and Freddie Mercury, he constantly bounces, spins and twists, at relentless breakneck speed. There’s continuous crowd interaction, and he even instigates a human fireworks display. Top work! At a time when the lines between genders are thankfully becoming more and more blurred, Spiller discards the “normal” and replaces it with the “flamboyant”. With sequins.

Musically The Struts blend glam rock and classic riffs with ear-worm inducing catchiness of contemporary pop. It’s camp, silly, sexy, accomplished, but most of all, a whole lot of fun. Tonight they’re filming for the new single, Fire, so we’re all told to jump and generally go bonkers (but as if we needed to be asked – the whole room is going crazy anyway!). 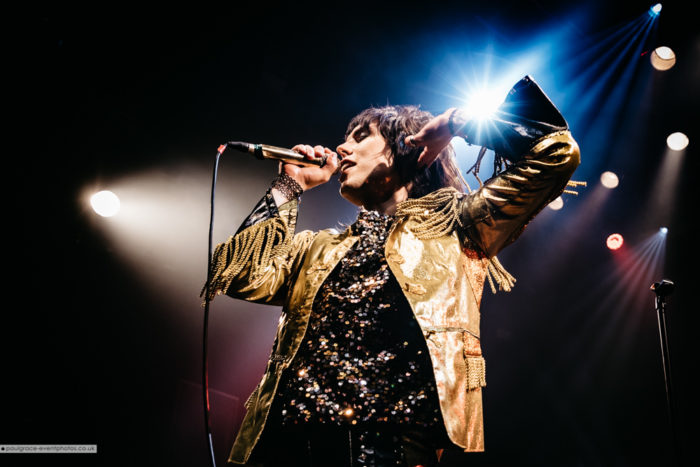 We get a couple of covers too – first it’s Bruce Springsteen’s Dancing In The Dark, during which Spiller gets a girl out of the audience and they both dance like Springsteen and Courtney Cox in the original video. A brilliant detail, and later on Bowie’s Rebel Rebel gets a fabulous reworking.

A quick costume change during the encore and the night finishes with an immense Where Did She Go, along with more hand waving and chanting. As we all leave Koko with massive grins on our faces, the theme to Only Fools And Horses is piped out of the sound system; a perfect outro for a show crammed with so much zany character. What a night! Hands down one of the most entertaining gigs I’ve been to in years. Definitely not one for the lemon sucking shoe-gazers, but if you’re up for a down to earth, fun night out, then The Struts are unmissable.