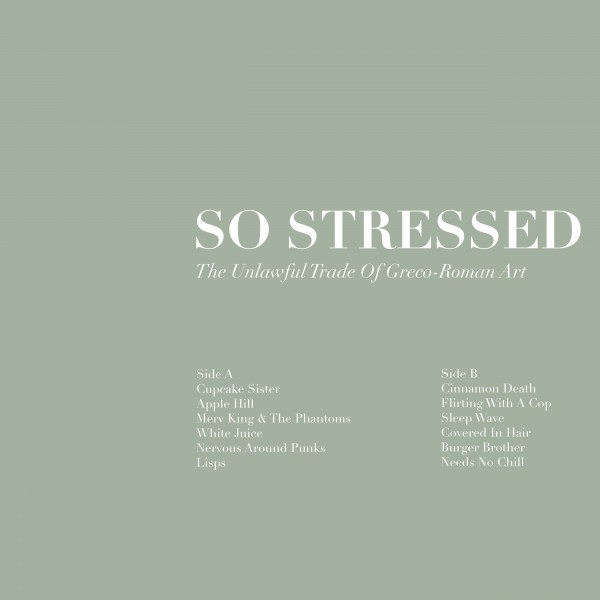 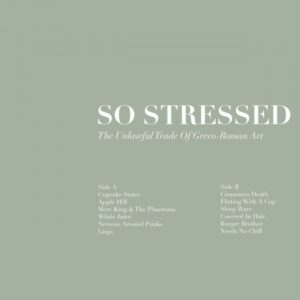 So Stressed – The Unlawful Trade of Greco-Roman Art (Honor Press)

Filled with angst and intensity, So Stressed deliver a meticulous slice of violent hardcore, as their insistence on quality shines through.

The first album to be released on Meredith Graves of Perfect Pussy fames label Honor Press, is The Unlawful Trade of Greco-Roman Art by So Stressed. They approach this album with a no nonsense attitude, throwing out any songs that any member wasn’t completely happy with. The results are nothing short of astonishing, as the album chimes in with the incredible angst ridden opener Cupcake Sister.

The pounding drums and vocals bursting with urgency set the scene for what is set to be a raucous roller coaster, fortunately this pace and phenomenal intensity is maintained. The frenetic tension of guitar led Merv King & The Phantoms is almost otherworldly with its murky riffs and on edge vocals screaming out grabbing you by the scruff of the neck.

The relentless pace rarely breaks but the unnerving beginning to Nervous Around Punks, is arguably one of the nerviest moments in this extraordinarily powerful record. Fox’s lyrics are heightened in the maze of feedback and harsh drums, highlighting his anxiety as it pours from the track. The slower and deliberate pace all adding to the atmosphere.

Lisps continues with the slower and heavier pace, the seething guitars exuding as the feedback becomes increasingly overpowering as it reaches its discordant peak. The faster pace is soon returned as Flirting With A Cop once again raises the intensity with meticulously intricate riffs, which transcend this track throughout the latter part of the album.

Yet Covered In Hair provides one of the highlights of the album, combining the aforementioned riffs with the delicate unnerving quieter elements of Nervous Around Punks. With a frantic opening following by scarce electronics it could easily be used as a track, which effortlessly describes the overall excellence of So Stressed, with its particularly violent and truly unexpected cacophonous end.

As the album closes on the typically deliberate Needs No Chill, the intensity and ferocity of this track provide the perfect end to what has been an incredible album. The violence and angst rule the epic tracks as it ranges from the most unnerving silence to discordant screams laden with anger and terror.

So Stressed can be found online here sostressed.bandcamp.com. They’re are also on Facebook.