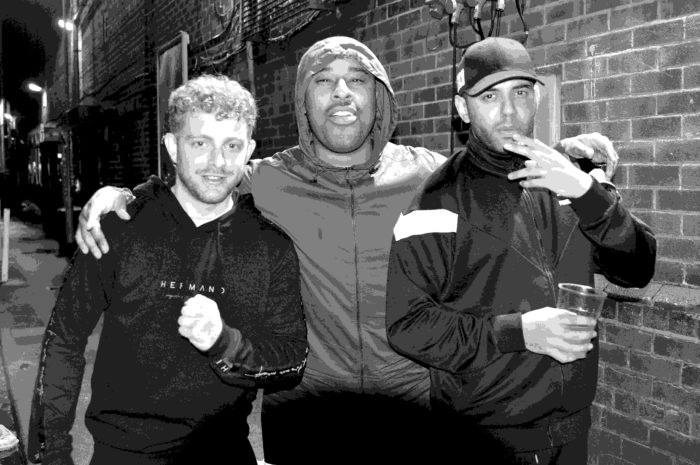 Sam Morrison visits the Manchester Apollo to see the Streets and The Manor in action.

After reuniting in 2018, The Streets have taken to the road again. As with the first reunion tour, the gig would be a grand reminiscence, a celebration of the Streets finest moments. When tickets went on sale at the slightly eyebrow-raising price of £47.50, it was hard not to be sceptical as to whether the price justified the event. Yet, Manchester certainly thought so. After the first date at the O2 Apollo sold out at a phenomenal rate, the band added two extra dates to accommodate demand.

The venue is awash with men dressed in Stone Island jackets, occasionally punctuated by an obligatory Pretty Green parka. From the view at the balcony of the crowd below, there stands a sea of short, back and side haircuts. Long hair appears to be reserved for female attendees only. To one side of the stage there is a group of men, stood keenly discussing the Manchester United/Arsenal match that is running concurrently with the gig. On the other, a couple are aiming their phones at their pints rested on the front barrier, stage in shot, painstakingly trying to get the best angle for their Instagram story. The scene represents a perfect cross-section of the people in attendance.

Heading up proceedings for the night are London-based trio The Manor. Hovering somewhere between hip-hop and pop-house, they are an astute choice of support act for the Streets. Co-main vocalist Danny Graft sounds uncannily like The Street’s Mike Skinner, from his cadence, to his flow, to his lyricism. The three-piece, supported by a DJ, bound about the stage energetically to the sounds of surging house rhythms, delivering their vocals with an adrenaline that infects the audience. It is a set that ebbs as much as it flows, with the crowd occasionally becoming distracted during the quieter parts of set, their shouted conversations occasionally audible between songs. The bands on-stage enthusiasm is met when tracks such as the shamelessly upbeat “Ibiza” fills the venue with the sound of hedonistic summers gone by or still yet to come. The well-known “How U Feelin” draws a singalong, where the artists and the audience mimic one another, both with their pints aloft, pointing at one another during choruses.

It is a raucous 30-minute blitz of a performance that sets up the evening impeccably. Upon listening to the Manor live, one cannot help being reminded of the headline act. The Manor sound like the Streets with a more commercially palatable sound. It is chart music with a distinctly macho flavour, performed with boundless zeal. It remains to be seen as to whether The Manor can reach new heights and become a well-established band in their own right, but when you’re watching them live it is hard not to be won over by a group of lads, who aren’t so different to you or I, living out their dream before your very eyes.

Before long, it was time for the Streets to begin. The band enters the stage, beginning with an elongated introduction of “Turn the Page”, the urgency of the sharp, stabbing synths setting the tone for the night. When the beat finally drops, on walks Mike Skinner, 45th-generation Roman himself. Tension and adrenaline are tangible in the venue.  Yet, Skinners vocals do not reflect this. Not yet. He seems slightly bored, slightly indifferent. In the seated area, only a few are on their feet. In the standing zone, there is a mere sway. It is only when “Don’t Mug Yourself” erupts that the audience does too. Those who had been hesitant to get up and dance are now on their feet, everyone in constant motion. The venue seems to shrink under the sheer ferocity of the music and the movement.

During the set, Skinner is rarely ever inches away from crowd. He perches on the front barrier, adapting choice lyrics to be delivered to a member of the audience, eye to eye. It is a fitting manner in which to perform his songs given their intensely relatable and intimate nature. The Streets race through a set loaded with fan-favourites. The tracks, initially recorded on a laptop, are given a full HD-revamp thanks to presence of a four-piece band who lend the recorded versions of the songs a new dimension. The songs no longer feel like live renditions, they become larger-than-life extensions of themselves.

The songs played on the night rarely reach their conclusion, often stopping abruptly, only to segue into another fan-favourite. It is perhaps the only approach that would enable everyone – that is, each individual – to hear their favourite, but it is an approach that cuts both ways. Sometimes, it was disappointing for the muscular bass tones of “Geezers Need Excitement” to be cut short, or the melancholic, lilting synth of “It’s Too Late” to only wash over the venue once or twice before finishing.

The curation of the setlist is only a minor quibble that is quickly eradicated by the evening’s sheer intensity. Even during the ballads, there is shouting and the occasional skirmish. After the briefest of intervals and a surprise appearance by grime rapper Bugzy Malone, it was time for the night to end. Yet, not before the centrepiece of the set, the anthemic “Fit But You Know It”. As soon as the opening chords started, the Apollo erupted. It became a venue transformed, everyone a writhing mass of limb and flesh, a large circle pit emerging to the most incongruous of songs. It was frantic, it was frenetic and it was the perfect way to end the night.

Being largely absent from the public eye has benefited The Street’s music. Skinner is untouched by fame, retaining his sensitive, blokey, everyman charisma. Lyrics about cheap holidays, rundown pubs and the trappings of laziness still retain their authenticity, and all of it shone through on the night. Skinner and his band must have fallen asleep that night (that is, if they slept at all – there was an afterparty) feeling very fulfilled indeed.

Review by Sam Morrison (this is Sam’s first review for Louder Than War) with photo of The Manor by Steve Hampson, you can find more of his work here.
Please note: There were no live photos allowed by The Streets at the show.