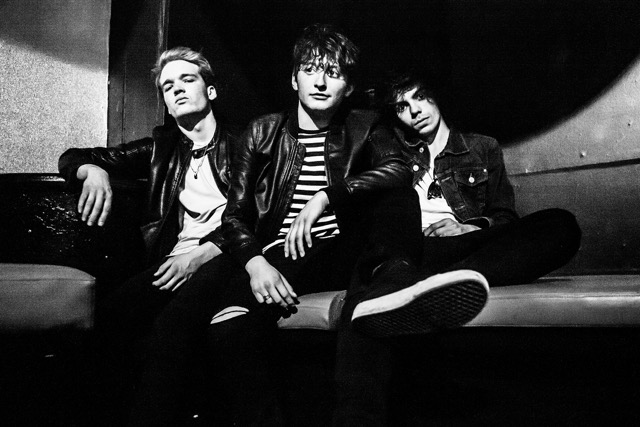 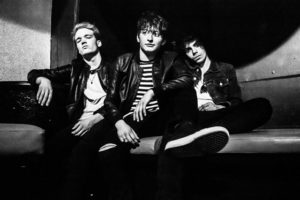 The RPMs release their second EP – ‘Agents Of Change’ on 2nd June 2017 through Xtra Mile Recordings and announce a run of shows throughout the spring and summer months.  Setting an experimental trajectory with a clutch of razor-edged new tracks, Brighton trio The RPMs are back with details of a forthcoming new EP: ‘Agents of Change’.

Emerging from the creative cauldron of the Brighton scene that has also birthed contemporaries including Black Honey and Fickle Friends, The RPMs new material delivers a bolder and edgier sound channelling the uncertainties wrought by the ongoing fall out of global events.

The upcoming release reveals a band getting to grips with coming of age in an increasingly volatile world and lyrically sees the three-piece offering their take on the grip of social media in modern life.

From the opening track ‘Oh My God’,  “kids all in the clubs still singing ‘Livin’ On A Prayer’, there’s just so much that they don’t know”, Jack Valero articulates the frustration of an increasing stagnant youth culture. ‘Troubled Town’ is a song about honesty within love or the lack of, and this is expressed over  an emotionally driven slide solo. ‘Things I Forgot To Do’ has an infectious energy and rhythm on the theme of running out of time. ‘Help Me Start the Day’ closes the EP harboring dark undertones of depression and mental anguish that are masked within a distracting lighthearted pop tune echoing the ‘slap a smile on it’ culture that is still uncomfortable with this condition.

“We’re very aware of how our lives as young people are so heavily under the spotlight of social media likeability these days. Social media has brought great freedoms to people allowing them to connect and share with anyone in the world, but also brings great pressures to be forever feeding the machine. It’s crazy that in the age of information, people seem more uninformed than ever. We are the first generation predicted to be poorer than our parents and young people are turning to each other, social media and their favourite bands to help them understand the world they’ve inherited and we’re trying to understand it too “.

Hailed by the BBC as a ‘spookily young Brighton trio with killer melodies and an Arctic Monkeys rasp’, The RPMs gathered early plaudits for their debut ‘Digital Disobedience’ EP which saw the three-piece notch up plays on Huw Stephens’ BBC Introducing and John Kennedy’s Shock of the New (Radio X), gain tip-offs from 6 Music taste-makers Steve Lamacq and Tom Robinson, plus ‘track of the day’ features in the likes of Clash, Gigslutz, Record Of The Day and more.

Hoping to consolidate that early buzz with their follow up new tracks for their upcoming EP release ‘Agents of Change’ in Spring 2017 and busying themselves in the last few months with constant rehearsals to refine their new songs and developing a bigger on-stage sound with the addition of a new guitarist, the band are excited to get out on the road in support of their new EP. And in the words of Jack ‘Elvis has left the building, player two has left the game, first we’ll shut it down and then we’ll start all over again….’

Catch them live at the following dates with more to be added: