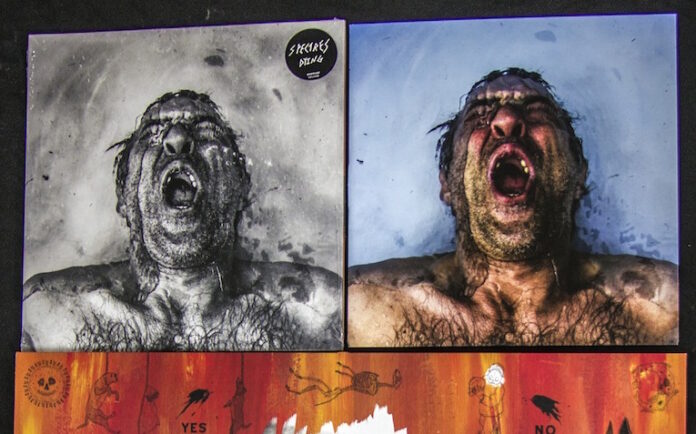 The new album by Bristol band Spectres has been causing quite a bit of a stir of late what with it getting plenty of coverage on BBC radio and that 9 / 10 “album of the week” review in NME. It’s officially released today though and to celebrate the band and label have made if open for any and everyone to play as many times as they like – so long as it’s today, 23rd February 2015!

We’ll have our review of the album up very soon – and have we an interview with the guys in the pipeline too – but until then you can stream the album FOR ONE DAY ONLY today via the widget above or via this page on Soundcloud. Do so, form an opinion, then see if it matches up with ours when our review drops!

The adventurous, experimental Bristol guitar band believe in pushing their instruments – and your ears – to the extreme, but that doesn’t mean there isn’t beauty in the maelstrom of sound they conjure up between themselves – because their is, although we’d be the first to admit it’s easily overlooked on a first listen to the band / album. Which is why we encourage you give the album at least a couple of spins before you pass judgement.

The album is available from the Sonic Cathedral Shop and iTunes (with an immediate download of ‘Where Flies Sleep’).

Spectres’ UK tour begins this Friday night in Cornwall and works its way around the country over the next few weeks with a triumphant homecoming show in a secret location in Bristol on the 7th March.

The photo below reveals the full glory / horror of the gatefold vinyl artwork – complete with ouija board! 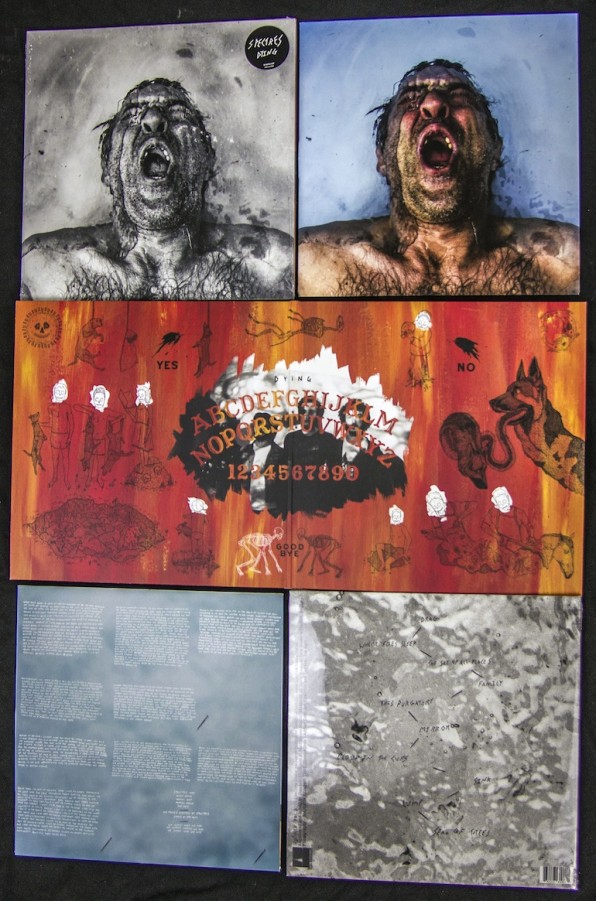