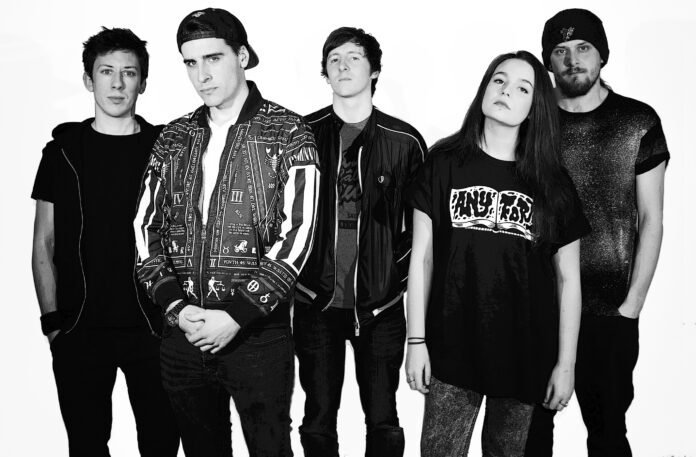 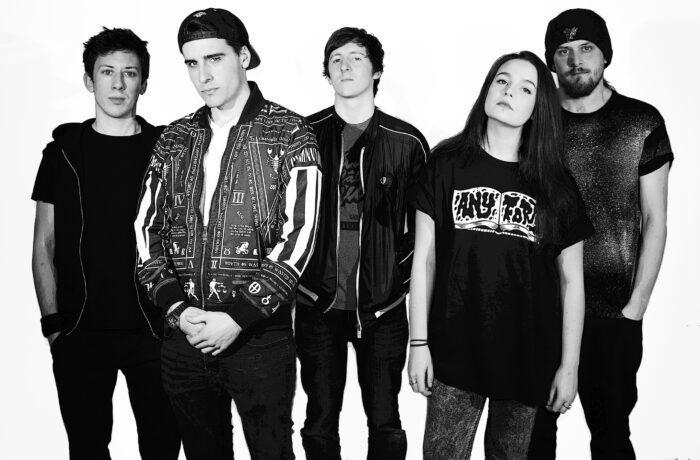 Somerset based five-piece UK:ID are set to release their debut album on their own label, UK:ID Records, on the 13th of April 2015. As a taster of what to expect from it they’re letting us share with you the track Freedom Of Speech, a blistering, high energy, drum and bass meets rock track which also proves politics and music do still mix. It, along with more details about the album, can be found below.

UK:ID take their inspiration from the likes of Rudimental, Chase & Status, Noisia, Pendulum and The Prodigy, merging “crunchy” guitars and liquid synths with drum ‘n’ bass beats to great effect and the result is a truly infectious set of tunes and lyrics that speak to a generation. You also might recognise elements of Atari Teenage Riot in their sound and political ethos.

UK:ID formed a couple of years ago while at Stafford University when siblings KJ (bass) and Ben-Jah (vocals) met up with Glenn (guitar), Joey (drums) and most recently Ella Harris (featured vocals). Since then they have built up an ever expanding fan base and during last Summer the band headlined 5,000 plus capacity festivals at The Godney Gathering in Somerset, Stafford Castle Festival and Farm Fest in Bruton.

One can only imagine that like the above mentioned bands in concert they’ve a force of nature which is why we encourage you to check them out on some of the dates they have lined up for March and April. We’re assured more dates will be announced in the very near future to coincide with the album release.

Preorder the album here: bit.ly/UKIDfreedomofspeech and find the full tracklist below the stream.