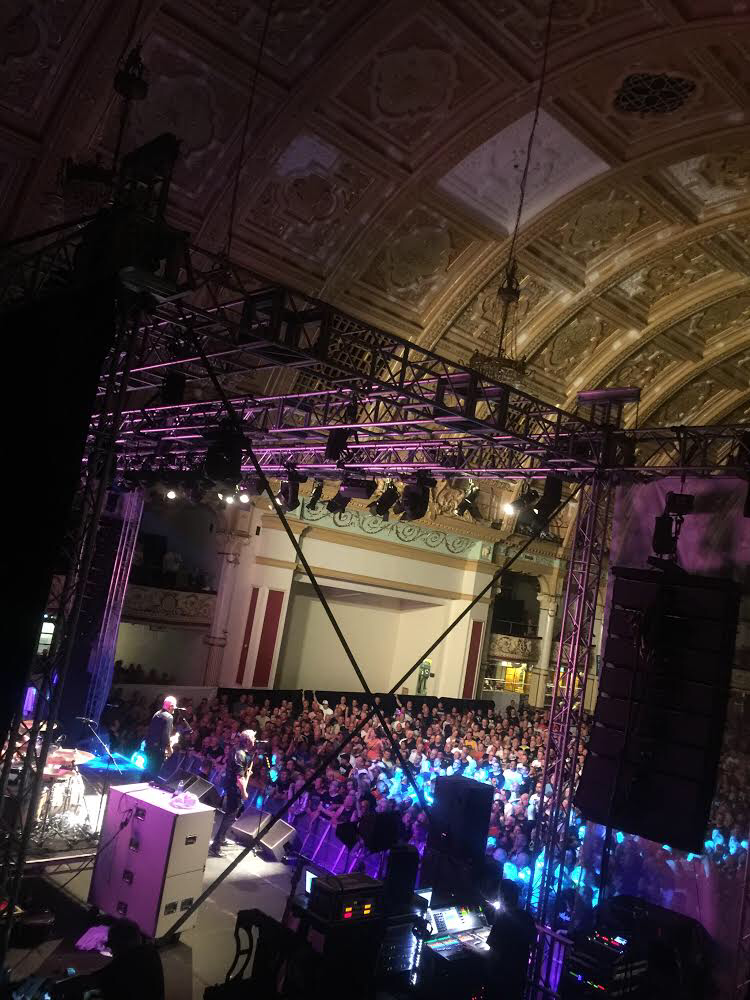 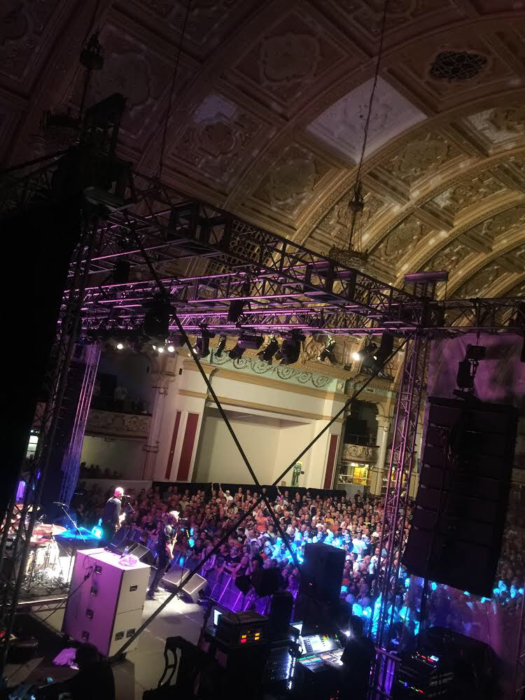 Fittingly hot for a band that is at the top of its game.

The Stranglers seem to be determined to write a great last chapter to one of the longest and most gnarly books in the history of rock n roll. This band is indestructible. There may only be two originals left now – the indefatigable JJ Burnel and his iconic bass runs and the quixotic crossword puzzle that is Dave Greenfiled but like leering and slightly dangerous old vampires they have sucked the blood from their relatively younger new members – guitarist and vocalist Baz Warne and drummer Jim  Macaulay and remoulded themselves as an even more lethal live unit.

The Stranglers were always a great live band but in 2019 the added energy of the young drummer has given them a real lift. He does a great job of dealing with the legendary Jet Black’s drum parts – those pounding off kilter patterns that never did the obvious and we rekey to defining the band but somehow kept things within what was required in the punk and post-punk periods.

Last time the band played Rebellion they seemed out of place – great songs like Skin Deep didn’t fit with the audience and the band’s beautifully obstinate sense of belligerent creativity seemed to float above the audience. Tonight the deliver a fierce almost punk rock set as a stark reminder that the band, who never claimed to be punk, had the energy and spiky attitude to score with that generation.

Song after song of bellicose aggressive Stranglers threaten to melt down the imperious venue. The aching arches of the 3500 capacity Empress resonate to Hanging Around,Something Better, Change, Tank and even a rarely played (Hey) Rise Of The Robots…newer songs like Norfolk Coast, I’ve Been Wild and Relentless fit perfectly into the barrage that never lets go of melody and ideas. 5 Minutes is all tension and smouldering power whilst the thundering encore of No More Heroes is still the classic set ender.

The Stranglers were stunning tonight. A real highlight at Rebellion Festival. They were a cut above – a darkly brilliant celebration of off kilter genius delivered with a machine like profesionalism but with a genuine snarl from Baz Warne, who now fully owns the guitar/lead vocal slot. Burnel still pirouettes on the back of his docs drenched with sweat and attitude and is remarkably lithe for a 67 year old flicking out the odd karate kick, delivering the rat walk with Baz or still bouncing locked into those remarkable bass lines that reinvented the role of that instrument in a way that still resonates throughout this festival and many others.

The playing is stunning – the middle section of their cover of Walk On By is still mind boggling – delicious bass runs that are stunning to watch, the Krieger guitar licks from Baz and Dave’s outrageous keyboard runs – somehow the band dearly in a high level of their craft but with an innate and natural aggression, possibly from the bass man, that made sense in the punk currency. Tonight is a reminder that this band, despite being written out of the narrative, was very much a big part of the punk wars.  This vending they quite literally park their tanks on the punk rock lawn and n-one dares to disagree. This was a magnificent performance – even topping the set of Kubix Festival in Sunderland a couple of weeks ago that had Alan McGee who watched the gig with me raving all through the set.

On a night like this the band are untouchable – I spoke to many people who had somehow never seen them before and they were raving about the band. Never playing by the rules it seems that the Stranglers are on the verge of something big again. If the Norfolk Coast album was a reminder of their brilliant dark sound then the new album could be the one that finally sees them return to the top 5 albums like Gary Numan and The Specials did recently.

The band are on fire. They just need to deliver the album of their lives – and with that back catalogue that is a big ask for any band…but, why not.