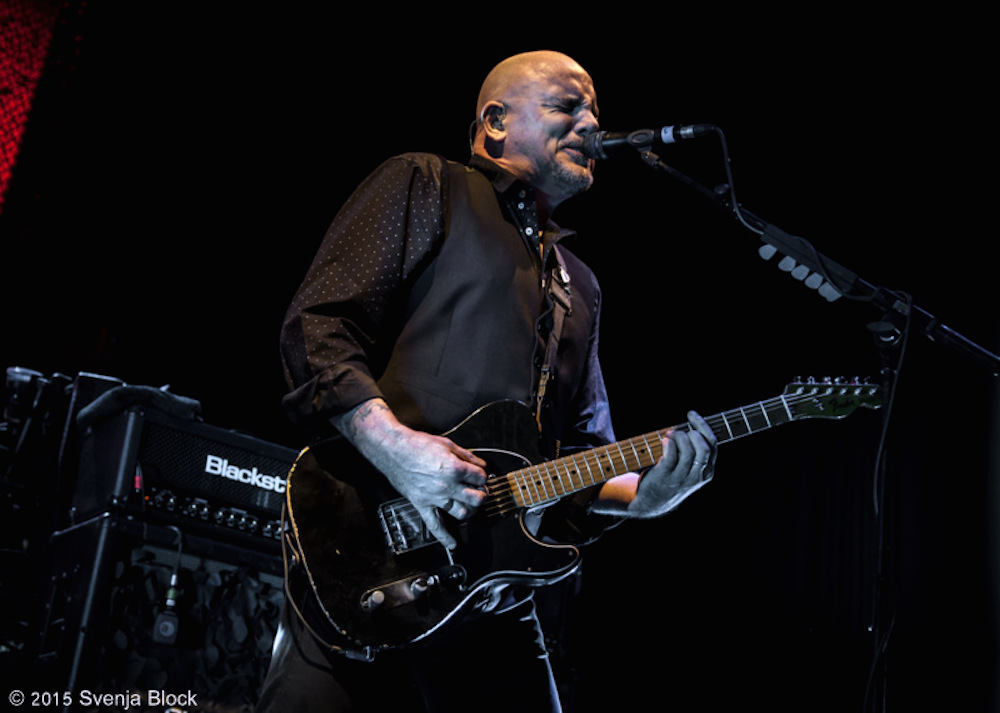 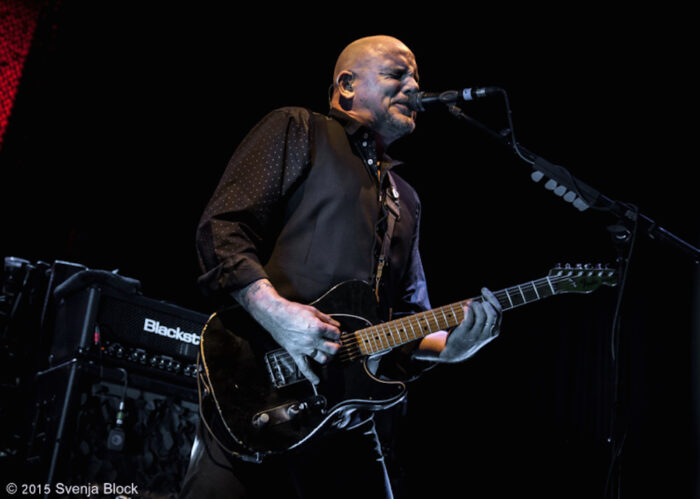 Spring is here and at last the daffodils have started to bloom in the hedgerows. Also, the date that many have had ringed on their calendar for months has arrived in the form of the annual Stranglers tour. Maybe tour is no longer an adequate description as this has long since transcended a rock show experience and become more of a communion between the band and their faithful following. The Stranglers have for so long forged an essential bond between musical innovation and the reality of the human experience and, as Baz Warne told Louder Than War, they simply don’t do bad gigs. This being the case, the audience expectation is always one of joint celebration, of making it through another year and being here in front of the stage for yet another shared experience.

Having celebrated their fortieth anniversary last year, it is clear that the band do not possess so much a back-catalogue of songs, more a treasure trove of priceless gems to be seized on by a ravenous congregation. For every contribution the band’s singles have made to the Great British Songbook, there are a host of classic album tracks that the true ‘faninblack’ yearns to see performed live and many will arrive at venues with a personal wish-list to tick off and then trade as gilt-edged memories with other fans. 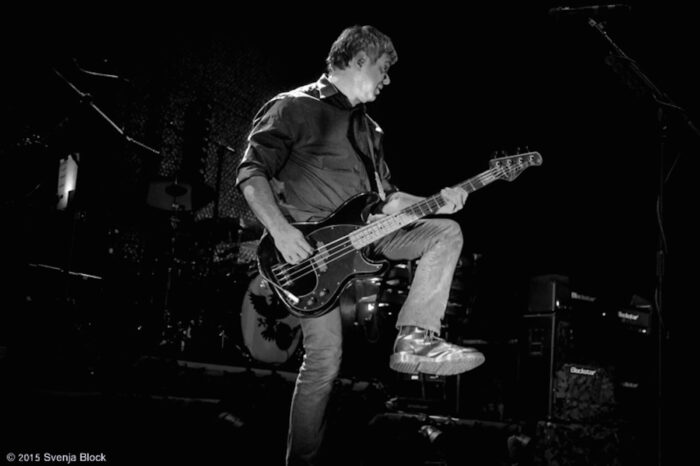 Anticipation is tangible in yet another rammed crowd who have made it up the stairs into this ‘upper room’ in these precious moments to savour before the stage lights dim. Then, to the surprise of many, we are treated to the sound of marching boots before a barked order leads into a brilliant military band rendition of Waltzinblack. These are precious moments as memories race through the mind of gigs gone by and moments shared with those who are here and those who are not

The band storm ashore in this ancient seaport with their triumphant Nordic twin tracks; overture Longships followed by crowd favourite The Raven. Immediately the crowd are in full voice and 1977 essentials Straighten Out and Grip are delivered with brutal intensity. From here we are transported to the bewildering reaches of the underrated UFO-inspired masterpiece that was The Gospel According to the Meninblack with Four Horsemen.

As Relentless is delivered, it is impossible not to think about the massive importance that Baz Warne has had to what we are currently enjoying. For a period before his arrival, the band were struggling to maintain motivation and creativity and this crowd pleaser, with one of the sweetest guitar riffs in the Stranglers’ collection, is indicative of his contributions. His stage presence and rapport with the crowd is such that you simply no longer think during a gig of any other line-up.

Norfolk Coast, the album that heralded the return to form of the band in 2003 is represented firstly by I’ve Been Wild, but later by Lost Control and the snarling bass intro that heralds the title track and warmed the hearts of the group’s fan base. However, on entering the venue our eyes were gladdened to see the agreeable sight of two drum kits on stage which indicated that a visitation from Jet Black was to take place. With the crowd chanting his name, the great man took his place behind the skins for a perfectly judged cameo that perfectly encapsulates the Stranglers’ career. There is an intense beauty of the intro to Baroque Bordello and the track develops into a punk-orchestral classic. The dreamy ’80’s monster hits of Golden Brown and Always the Sun are then followed by what is becoming the hallmark of Jet’s appearances – Genetix. The audience simply never tire of the hugely complex drum patterns that signify the track where, as John Robb has previously stated, every instrument on stage plays lead. Grinding bass lines complement the scratchy guitar which in themselves are then upstaged by the sinister, ‘mad-professor’ vocals and keyboards of Dave Greenfield. A brilliant achievement on vinyl, it is a jaw-dropping experience live and its conclusion sees our hero depart with a cheery wave as the chant of ‘Jet Black’ again goes up. Four vastly different tracks, impeccably delivered, that summarise the versatility of a band that must surely sit alongside The Who and The Kinks as our most innovative and influential. 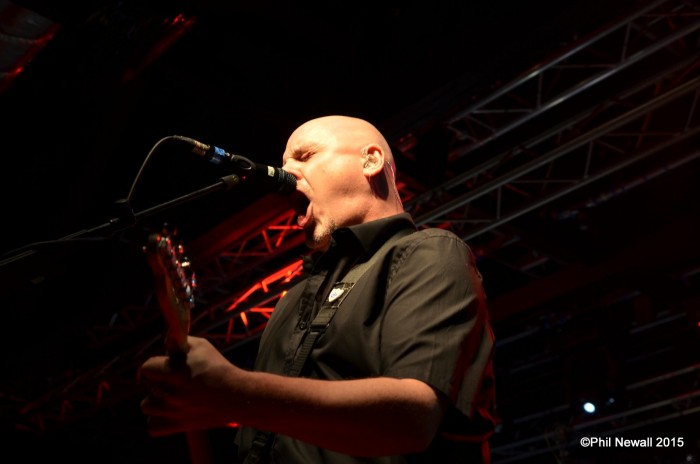 From here, the set continues apace, with I Feel Like a Wog, Skin Deep, Ice and the only contribution from Giants this evening, Time Was Once on My Side. JJ Burnell, bassist extraordinaire, is in his usual crowd pleasing form, prowling the stage as lithe and graceful as a panther and teasing the crowd with possibly the most recognisable bass intro in music for Peaches. It’s difficult to find something new to say about the importance of the bass to the Stranglers sound but if you wanted 2 songs to perfectly showcase it, then you wouldn’t go far wrong with set closers of Curfew and Down in the Sewer. The former, the JJ delivered apocalyptic view of a Cold War invasion, the latter being the most prized jewel in the box for this correspondent. A towering, swirling symphonic masterpiece, originally conceived in 4 movements, Down in the Sewer brilliantly showcases the band at their best. Tongue in cheek lyrics that chronicle the battle for survival alongside a superb arrangement that races along to the frantic conclusion with Jim McCauley integral to the intensity of the finish.

The encores tonight please many, but not all of the fanbase. Walk on By, voted the 3rd best cover version of all time in a BBC poll is followed by Kinks cover All Day and All of the Night. There are mutters from some that they would rather hear one of the band’s own songs instead, but you only have to look at the crowd reaction, and the enjoyment onstage to see why they play it – people love it.

There’s only one song that can end the evening and, after more JJ teasing the joyous chorus of No More Heroes is unleashed. For many, one of the set highlights is watching Dave Greenfield down his poison in one go whilst simultaneously playing the keyboard solo and tonight he ends it by throwing his (plastic) glass at Baz who is egging him on. The laughter onstage is a perfect illustration of why The Stranglers are still here, doing what we all love them doing, as well as they ever have; they like each other and enjoy doing it. “We’ll see you again next year Liverpool, that’s a promise” says Baz as the band leave the stage for the last time. Let’s hope we’re all spared and are back up those stairs in 12 months’ time.

About the photo gallery below:

All photos on this page are © Svenja Block. They were taken at the London show. We’re also running a full photo gallery from that gig which featured The Rezillos and John’s band The Membranes in support. You can find that here. You can find more of Svenja’s photos at her Flickr, on Facebook or at her Louder Than War archive.

Half the photos in the photo gallery are © Phil Newall. They were taken at this, the Liverpool show, and are the ones with Phil’s watermark on them (you won’t be surprised to learn!)