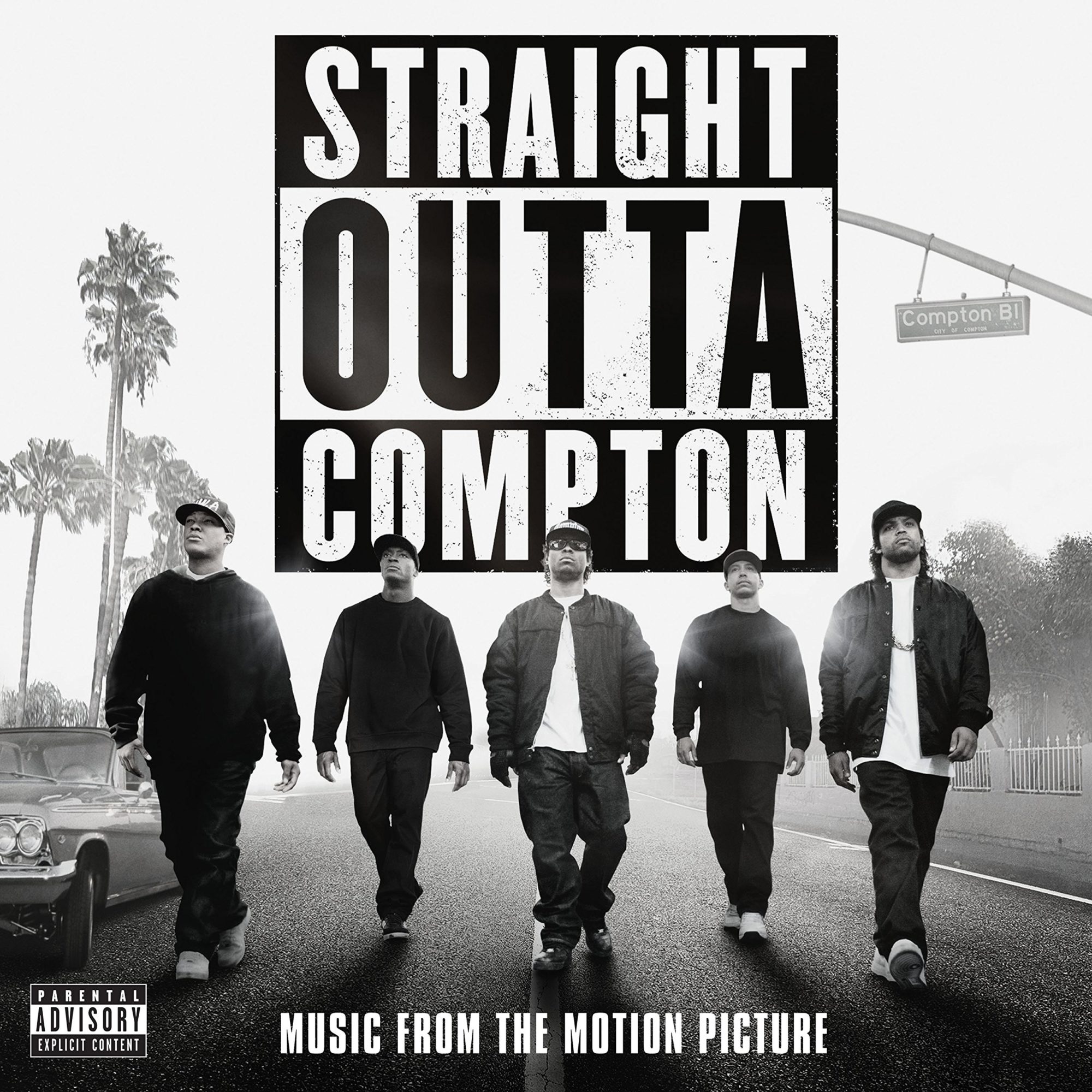 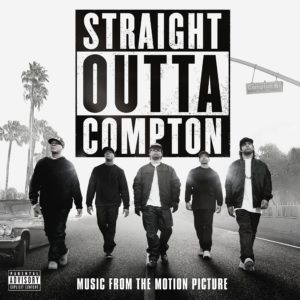 If this band passed you by, check your pulse. Louder Than War’s Joe Whyte reviews the Straight Outta Compton Original Sountrack.

Firstly, I’ll add the proviso that I haven’t actually seen the film yet. Despite the very helpful PR trying to source me a DVD copy as well as my teenage kids trying to talk me through downloading it from catch up TV I have as yet failed miserably. No matter, I’m fairly au fait with the story and it’s a review of the soundtrack album, not the film so here we go….

As the strap line says, if N.W.A.  passed you by, you must have been asleep or dead. Throughout the late 80’s and early 90’s, a mortally ill music scene had a shot in the arm from a rap group that were genuinely “the worlds most dangerous band”.

N.W.A. must have looked at Guns ‘n’ Roses claiming to be just that around the same era and chortled. GNR might have been legendary booze-and-chemical merchants but N.W.A. were much more. Gun-toting, cop-hating, drug-guzzling gang-bangers who’s misogynistic and violence-glorifying lyrics grabbed the imagination of generations of disaffected kids, they literally defined “gangsta” as a genre.

This is a band who’s first demo recordings were funded by Eric “Eazy E” Wright’s drug dealing and who were unafraid to take on their enemies head-on. Debut album Straight Outta Compton from 1988 is a seething, lyric-spitting diatribe about life on the streets as N.W.A. experienced it real-time and with “Fuck Tha Police” they had an instant call to arms that resonated right up to The White House. Of course, listening to it now, it’s actually a pretty funny tirade with the principals slugging it out lyrically over DJ Yella’s sparse, bass-burdened backing. The “courtroom” skit in the narrative is clever, witty and oddly self-effacing, not something that you’d normally associate with the braggadocio of the hip-hop world.

The album itself is top-heavy with N.W.A. tracks as you’d expect; the aforementioned “FDP” grapples for space with “Straight Outta Compton” (which has more “fucks” per beat per minute than any record ever made, I bet) and “Gangsta Gangsta” (both from the debut album) as well as “Express Yourself” and the mighty “Dopeman”.

The verses of the last mentioned are laugh-out-loud at times despite the gritty, violent street-drama being played out. Maybe it’s just me, but the last verse where (again, it’s beyond borderline racist) Eazy sings in a mock-Mexican accent about “putting a ’38 slug in the dopeman’s culo” as he’s killed his sister is, unbelievably, given the subject matter, comedy gold.

One would have to question how many N.W.A. fans actually need this album. They’ve been well compiled over the years and there’s little here that’s not widely available. No matter, as a movie tie-in, it’s not half bad. The over-riding theme of most of the N.W.A. songs was clearly to always be as outrageously shocking as possible; at the time it was genuinely stupefying to many but listening to it now it’s comedic and sign-of-the-times values are what shines through for me. This was the world they and their kin actually lived and sometimes died in and as a  record of that world, it’s without parallel.

Funkadelic’s “Knee Deep” and Roy Ayers Ubiquity’s “Everybody Loves The Sunshine” driving,  looping bass and loose bottom end clearly show where Yella and Dre took inspiration for many of the tracks herein. They fit beautifully into the running order of the album.

Between the N.W.A. tracks are several of the offshoots; solo tracks from Eazy E and Ice Cube are equally as enthralling as anything the band recorded although they are at times ensnared in petty “disses” and nasty, back-stabbing lyrics. Recorded after the split, Ice Cube’s “No Vaseline”, whilst enjoying an exuberant, bouncing backing track, is as homophobic and anti-Semitic as you’re likely to hear. Smearing his ex-comrades and Jewish ex-manager is a riposte to the remaining members apparent insult on their next album following his departure leaves rather a sour taste.

Reading between the lines, these were not particularly nice people although the whole clarion-call of “us against the world” surely resonated with billions of fans. Portrayed as women-hating thugs, the liberal world were never going to take to them. That’s a whole other article; this is about the music.

The story ends with them mired in litigation and contractual tangles (as well as the death of Eazy E from complications of HIV) as Ice Cube left over a royalties dispute. All of the principles enjoyed healthy solo careers and the impact of N.W.A. on hip-hop and the wider music world remains.

Now, to see that damn movie…….