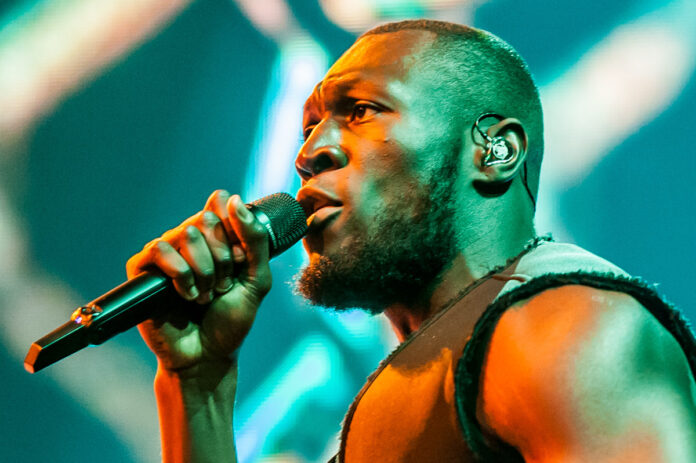 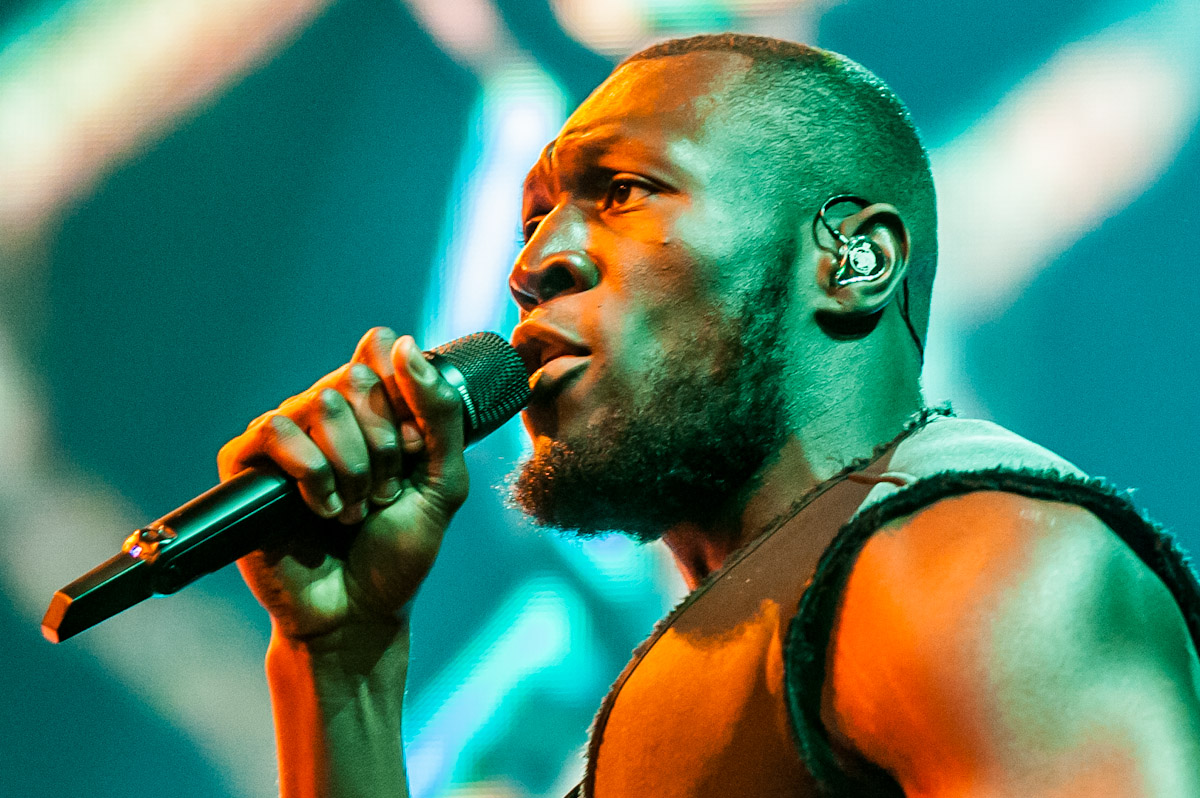 Stormzy takes Manchester by Storm. Following the two year wait, he sends 20,000 fans packed into the Arena wild, with a mind-blowing spectacular show, proving more than ever he is the rapper to beat. Louder Than War check out first-hand what all the fuss is about as Claire Glover takes a look and is blown away by the incredible experience.

Before the show, the crowd were treated to a fabulous support act, who better to warm up the huge crowds and whet the appetites than Stormzy’s big sister, DJ Rachael Anson. She performed brilliantly a variety of classic songs with her MC, finishing on Bob Marley’s Three Little Birds. The crowd just loved her and enjoyed singing along.

When it was time for the main man to make an appearance, Stormzy was hidden in the huge stage set. Then, building up from rhythmically speaking softly to rapping with a fucking passion, he was lowered down on a huge platform onto the stage, accompanied by the booming music tracks, amazing screen shows, stunning props and lighting and incredible pyrotechnics. 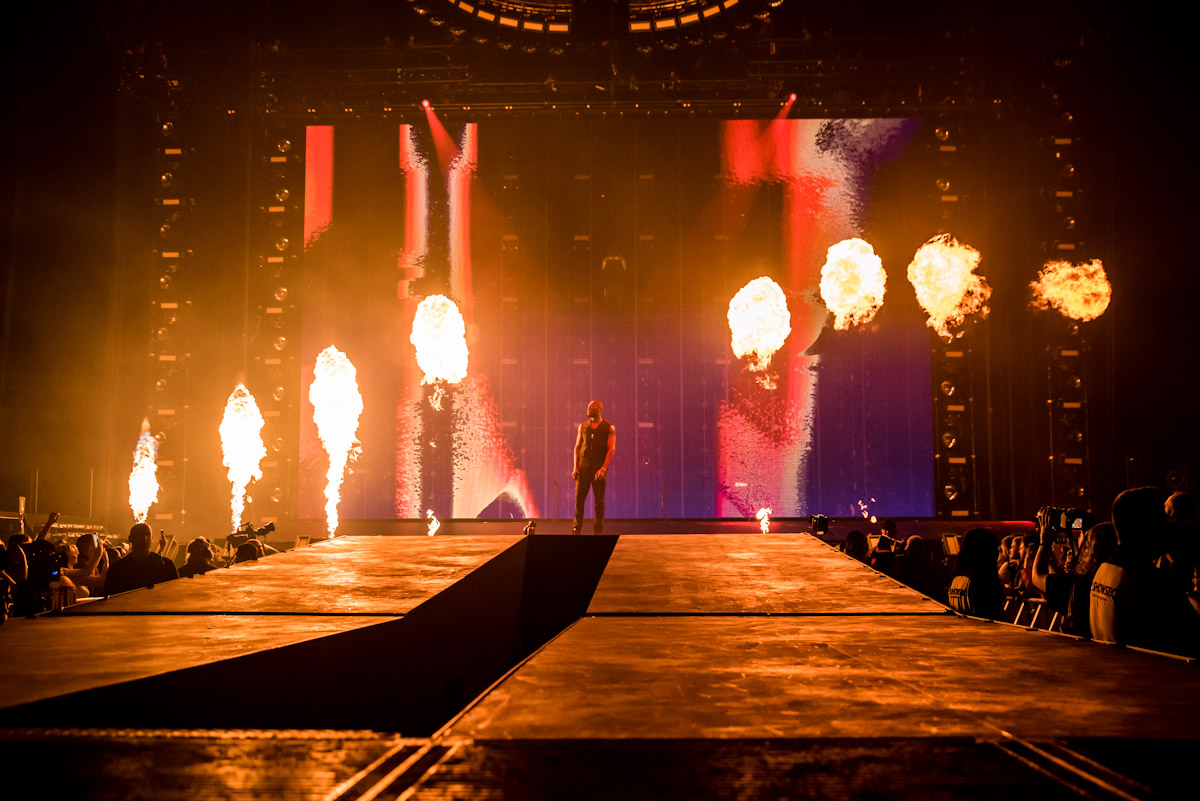 The crowd were driven into a wild frenzy already by his fierce rapping and the spectacular show. Stormzy promised them a night to remember. Shouting at them to “hang onto their seats”, although the 20,000 people of all ages were actually in no need of seats that night. His MC joined him in the songs Audacity and Know Me From. It was obviously such an emotional vibe for Stormzy when the whole crowd chanted along to Where Do You Know Me From.

The man stood solitary on a long cat-walk stretching deep into the crowd, delivering urban poetry through angst-ridden rap. At one point he just took a moment, gazed around, shaking his head in awe at the immense crowd and shouted to their delight “Manchester! What the fuck is going on tonight?!” It was incredibly moving for all. Still visibly overwhelmed, he asked for the lights to be turned up for him to see the crowd, then told them it was the biggest show he’d ever done and that he loved each and everyone for coming along to support. 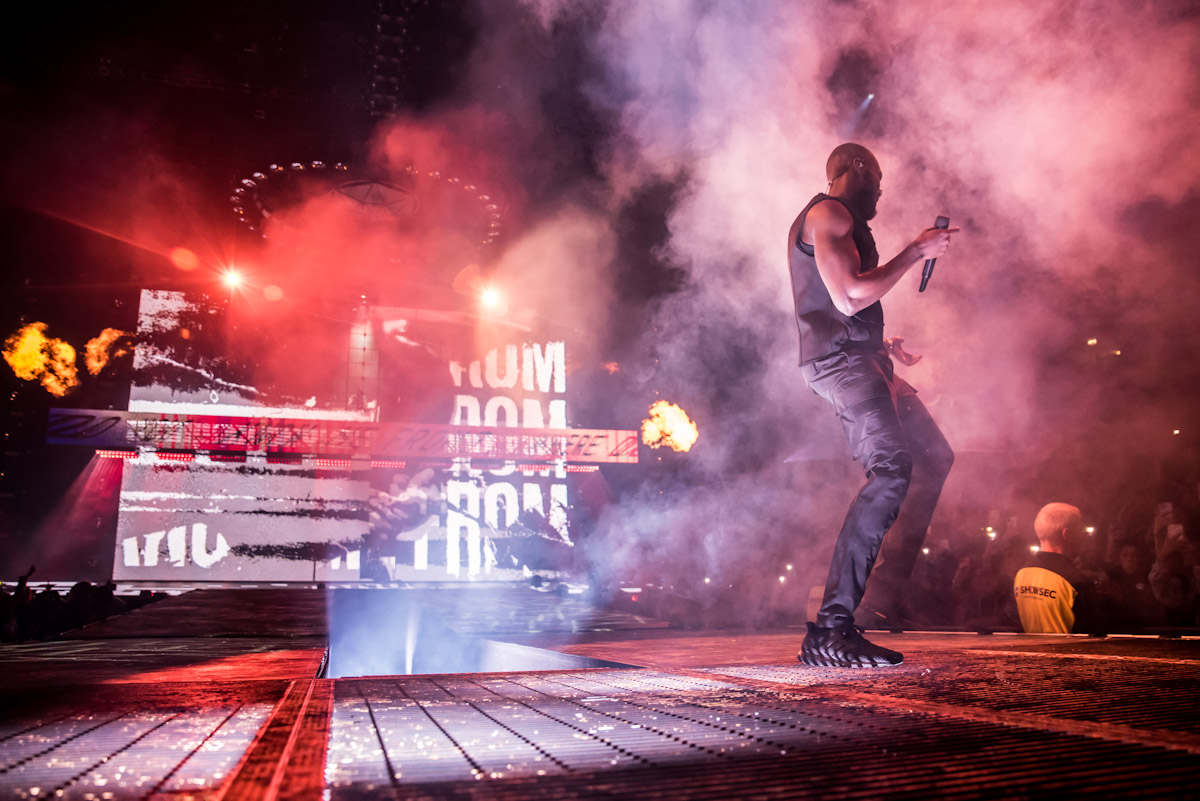 His stunning backing singers and dancers join him for performing some tracks off his latest album Heavy Is The Head, including the amazing Audacity. The backing singer’s vocals were such a breath-taking, exciting addition.

Stormzy was on fire but he didn’t let this stop him from having a quieter moment, to invite his tour manager up onto to stage to wish him a Happy Birthday. Out of apparent great respect, he described him as such an amazing support to him on tour. Big Trev then entered up onto the cat-walk, he was humbly accepting of the adulation and got such a unique birthday treat that night, Stormzy, his crew and 20,000 people singing Happy Birthday to him. Wow, how special was that? 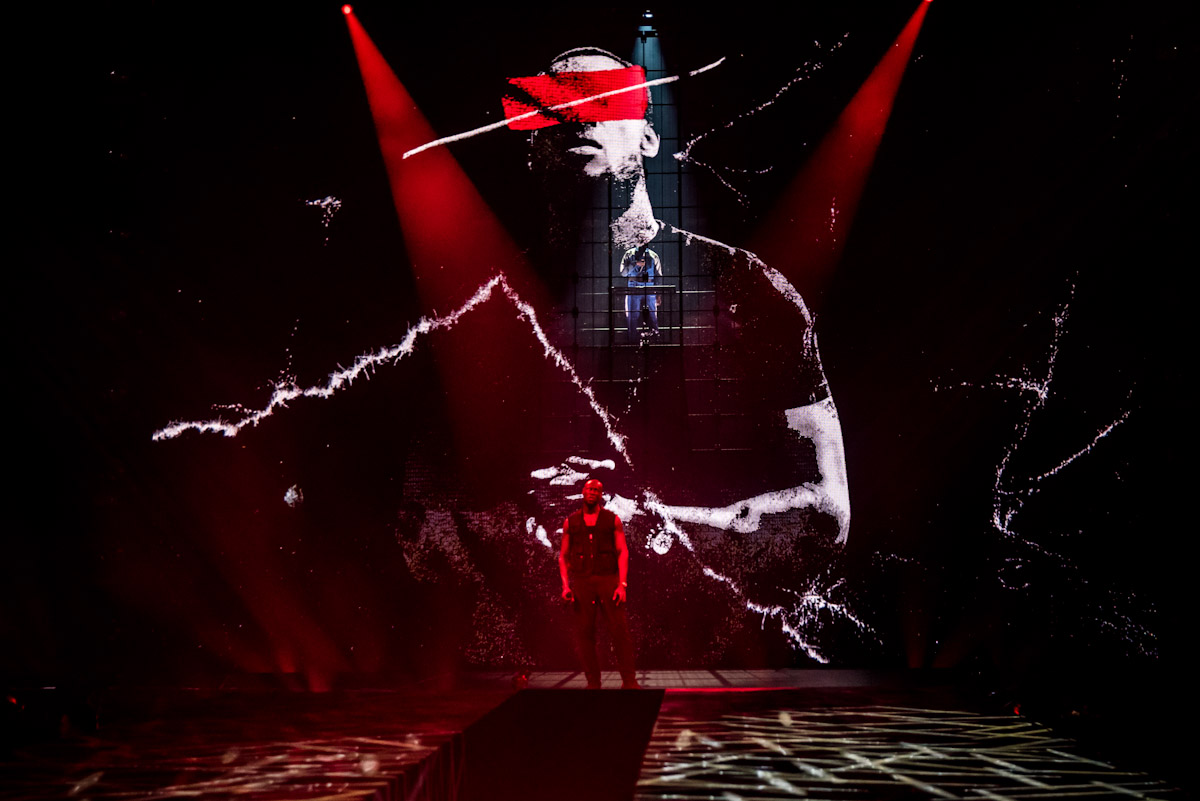 The show continued and built up with more incredible pumping music and dazzling lighting with Stormzy fiercely rapping ‘n’ rising, being beamed up on various intricate spaceship-like platforms. Awesome pyrotechnics had flames shooting up to the rafters and Stormzy is hot. He must’ve been literally so hot too, he returned from an intro mid-show, minus his tee-shirt to reveal a beautiful, shiny and well-sculpted upper-half. Evidently, he works out vocally and physically then.

The excitement built, the atmosphere was wild and the rapturous applause-inducing rapping came to an end with a bang as cannons shot confetti into the crowd. Stormzy and his spectacular show certainly left a lasting memory for the crowd that night. Look out for his third album coming soon.

All words by Claire Glover. More writing by Claire on Louder Than War can be found at her author profile here. | Twitter