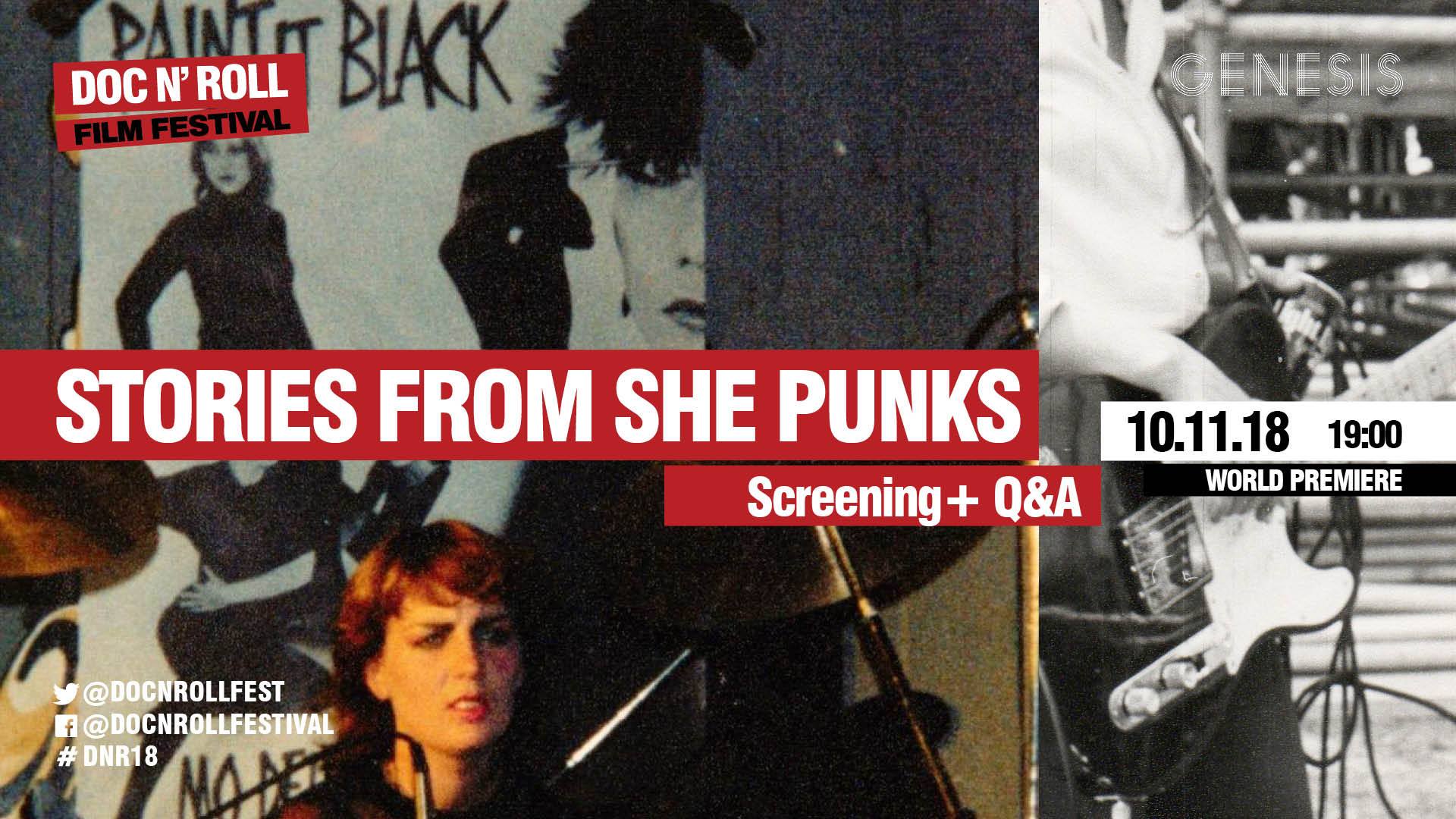 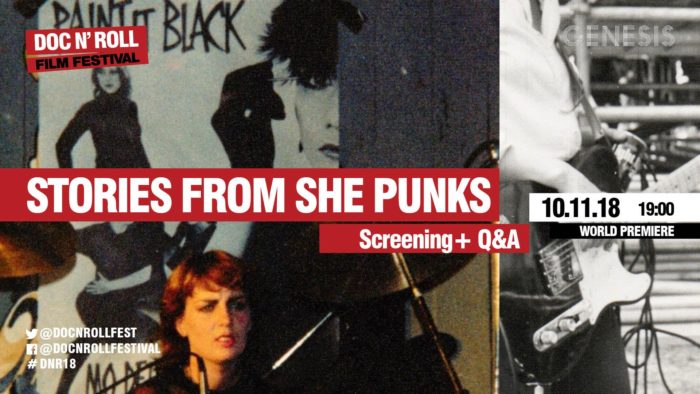 Gina Birch from The Raincoats and Helen Reddington from The Chefs premiere their documentary ‘Stories from She Punks’ this Saturday 10 November at the Genesis Cinema as part of the Doc’N Roll Film Festival.

If you’re in London and you’re not at GUTTFULL’s album launch at the Hope & Anchor on Saturday, this is the only place you should be – the documentary looks awesome.

Featuring members of the Adverts, The Slits, The Au Pairs and Dolly Mixture, this is an important piece of punk herstory. A fascinating documentary built on new interviews with the women who played instruments in punk bands in the 1970s. In accounts laced with wit, honesty and insight, pioneering players including Gaye Black, Palmolive, Shanne Bradley, Jane Munro, Hester Smith and Rachel Bor, Ana Da Silva, as well as many others, we hear about acquiring instruments, learning to play, forming bands and getting gigs.

Stick around after the screening for a Q&A with she punks turned directors, Gina Birch and Helen Reddington.

In it’s 5th year, Doc’n Roll London 2018 will screen 28 music documentaries that spotlight the icons and rebels of Afghanistan, Wales, Ethiopia and Ukraine; tell the stories of the groundbreaking record labels Blue Note and Trojan; map the worlds of grindcore, blues, Detroit techno, “she-punks” and Kirtan mantras; and go behind the scenes with artists including Silvana, Sepultura, the Wedding Present, Chilly Gonzales, Badly Drawn Boy and Blondie’s Clem Burke.