Home Music Reviews Live Reviews Stop me if you have heard this one before Killing Joke live...

The veteran post-punks bring their new album to the masses.

Brutal. That’s the word that best describes Killing Joke’s return to the London stage tonight. The last time they were here, less than a year ago, it was in the confines of the Southbank’s Royal Festival Hall where they had to negotiate the pitfalls of playing such a renowned if rather conservative venue.

The Roundhouse poses no such problems and they begin their set as they mean to go on: with incredible intensity and frightening volume.

Opener European Super State slams into the audience, its mixture of EBM and coruscating guitars stopping all but the mosh pit in their tracks. It’s followed by Sun Goes Down, an obscurity from 1982, an indication that they’re not playing to the gallery tonight. Rather than reminding people of their heritage, as they have been doing since the original line-up reunited in 2007, tonight is a show of power from the band and a test of endurance for the audience with a large part of the set taken from their as-yet-unreleased new album, MMXII.

Listening to unfamiliar material at such volume may not be the best way to appreciate the finer points but what is evident is the band have broadened their emotional as well as musical remit since 2010’s ”Ëœcomeback’ album Absolute Dissent. The power and the intensity are still there but it’s offset with a melancholy and melodic lightness of touch evident in tracks such as Fema Camp and Pole Shift, the latter showing how underrated Jaz Coleman is as a singer. Always a mass of contradictions and never one to shy away from a conspiracy theory, the frontman keeps the between song banter to a minimum tonight leaving the two huge screens flanking the stage to remind us of the impending apocalypse while he gets on with the job of scaring the bejesus out of the front rows. But beyond the face paint, the wordless scream and those mad, mad eyes, it’s the intellect behind the mania that makes him such dangerous presence.

As the show progresses the band, incredibly, manage to crank up the tension. Chop Chop, The Great Cull and The Wait are fired off in quick succession each one hitting it’s target. There is no posturing with Killing Joke. Something happens to a room when these four men play together. Onstage their personalities are very distinct and surprisingly equal. No guitarist should look as relaxed as Geordie Walker does as he coaxes a sheet metal wall of sound from his instrument. While that slices through the top of your head bassist Youth’s subsonic low end does weird things to your internal organs and Big Paul’s powerhouse drumming combines complexity with aggression to devastating effect. Combined it’s an incredibly physical sound ”â€œ one that’s truly felt, not heard.

The encore brings the crowd pleasers, Requiem and Wardance, the latter becoming ever more pertinent as the years go by. They finish with Love Like Blood, their best known song, still packing a punch after all this time. In the middle of this whirlwind is Coleman, channeling the noise, twitching, marching, conducting the chaos in front of him. It’s an ecstatic exorcism, a cathartic celebration, dancing while the world burns. 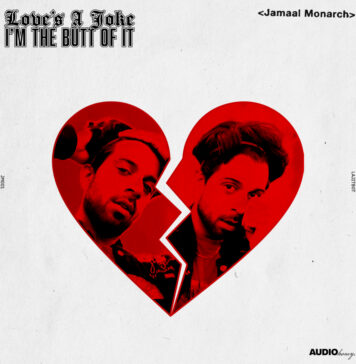