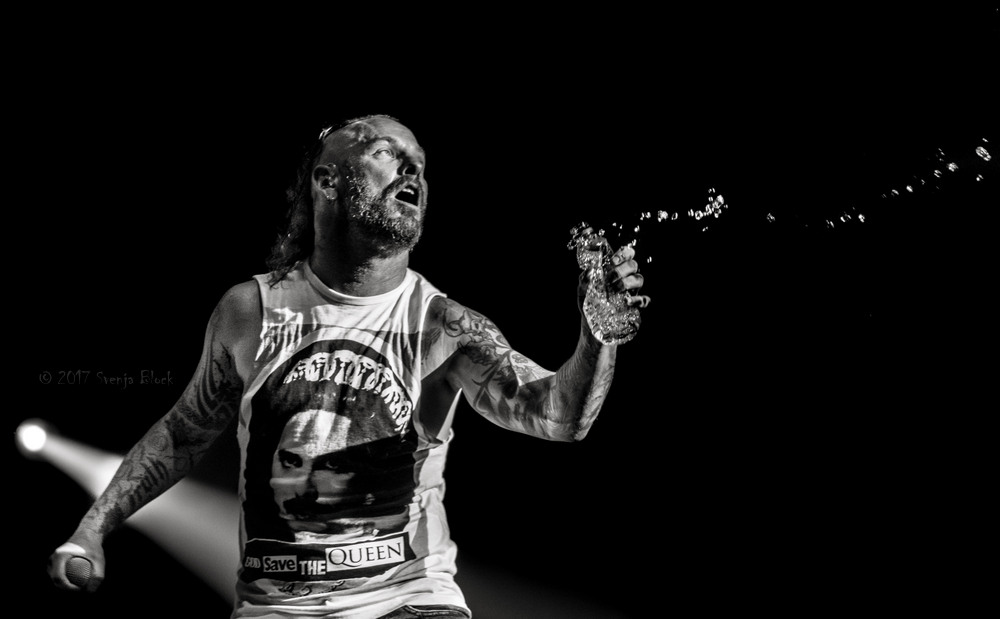 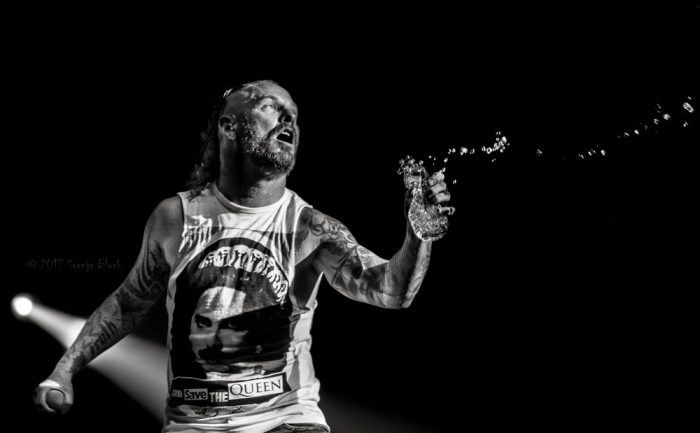 Stone Sour set up a two date mini residency at Brixton Academy earlier this week to rock out with an impressive visual live show and to showcase new material from album ‘Hydrograd’, which was released earlier this year.

Sometimes when writing a live music review you are faced by a task, that feels like an enormous effort, and as a typical busy, hardworking Londoner I was not really looking forward to the gig after a long and tiring day. Monday and all.

None of us wants to admit being non-objective, and not caring to get to know music by a person with a certain reputation, but that is exactly how I had felt about the actress, model and musician Taylor Momsen and her band, The Pretty Reckless.

Loud wailing of sirens fills the space and the show kicks off with “Follow Me Down” from their 2014 album ‘Going To Hell’. I am immediately impressed by the heavy, grungy and rocking sound of the band and the strong deep voice that comes out of this girl with long, blonde and wavy hair, dressed in a long, black leather coat, wearing a loose, oversized black top with a sword pictured in it underneath. Leggings and tall boots complete Taylor’s very distinctive and intriguing look.

She may look like a fairy, but as a matter of fact she is far from that. She has obviously stated that some of her personal influences include Debbie Harry, Joan Jett, Amy Lee of Evanescence and Cherie Currie, but she reminds me of someone much bolder and more controversial. She reminds me of young Courtney Love and I think that is good. 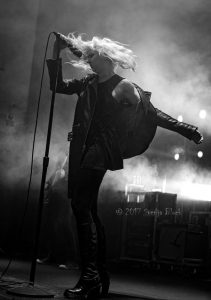 Not having been familiar with previous The Pretty Reckless material, I find myself enjoying the whole set. Guitarist Ben Phillips plays amazing stuff and the rhythm section works seamlessly together.  They play ten songs altogether, a fine selection from all three studio albums. My first TPR experience ends with “Take Me Down”, and at this point I admit it being ended a bit too soon for my liking. Out of 5 stars, I would give their performance a solid 3.5 rating. Just.

The audience is getting seemingly impatient waiting for the main course, Stone Sour to get up there and get on with it. The wait is rather long and I find myself looking nervously towards the right side of the stage to see when the photographers are let into the pit. The enormous drumkit with two bass drums is set in its place, whilst the backdrop is replaced with the epic Stone Sour logo and I’m anxiously fiddling with my phone to get it ready to shoot a video clip of the first song.

Stone Sour takes to the stage with a flaming start of “Taipei Person/Allah Tea” from the critically acclaimed latest album “Hydrograd”, and it soon becomes clear that most of the fully packed Brixton Academy already knows the ordeal. The crowd seems ecstatic; if music wasn´t enough, the pyrotechnics, reminiscent of 80´s classic hard rock outfits´ music videos are nothing short of spectacular, and before the song is over, singer Corey Taylor, decked out in a ‘God Save The Queen’ shirt, has already shot millions of red confetti in the air where they float down again like rose petals. I wonder if I actually have come to witness a circus performance instead of a hard rock concert.

The opening song followed by “Knievel Has Landed”, again from ‘Hydrograd’, followed by “Made Of Scars” and “Reborn” from their second album ‘Come What (ever) May’. This is the type of music that makes you want to kick yourself for not having long hair to headbang to because tonight there are more than just a few people that are a bit luckier in this department, and actively being at it – some serious moshing is going on in the downstairs area.

The show continues, during “Say You´ll Haunt Me” and “30/30/150” it feels like everything is turning into a massive wall of sound and I find myself wanting to ride it´s giant sonic waves. The ballad, “Hesitate” surprises me and changes it all. If it wasn´t all for health & safety nowadays, now would be the perfect moment to get those lighters out of our pockets, but I guess mobile phones will have the same effect. I start feeling almost sleepy, and oh, how very appropriate – the next number is called “Tired”. 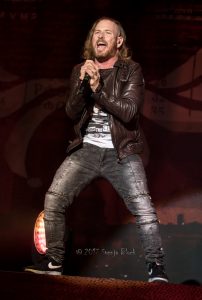 At this point we are merely halfway through the spectacle. The band plays songs from all six studio albums, which are obviously well received by the enchanted audience and I am suddenly shaken awake from my sleep mode when I hear something I recognise instantly – “Song #3” from ‘Hydrograd’ is a sound tune, and is followed by classic “Through Glass”. I am not sure if I have ever heard an audience sing so loud that it is almost impossible to hear the leadsinger’s voice on stage but this is the case tonight! Corey Taylor looks thrilled, I’m admittedly feeling moved.

The Black Sabbath cover, “Children Of The Grave” is supposed to end this evening, but the band is soon enough cheered back to the stage for three encore numbers: “Gone Sovereign”, “Absolute Zero” and eventually the single release, “Fabuless” from ‘Hydrograd’ , the later being aimed towards the Kardashians according to a statement that formed part of an interview with Taylor earlier this year.

I admit, that even after this gig I am not going to become a fan of either band, because they are not really my cup of tea, but hey, I recognise a true professional act when I see it and can appreciate it as such. Judging by the rapturous applause and interaction of the audience I can tell that both bands are on the level it takes to be there in the long run. I wish them the best on their way, and well, maybe even see them again live sometime in the future. 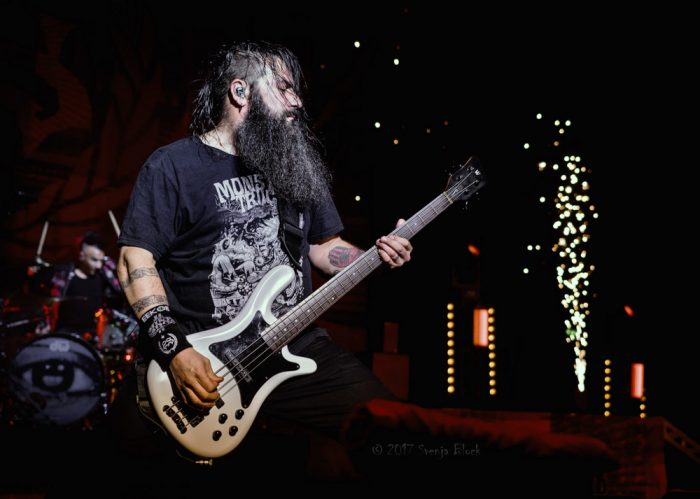 Stone Sour’s ‘Hydrograd’ is out now on Roadrunner Records.

All words by Kristiina Treganna Malinen. You can find more of Kristiina’s reviews at her author’s archive.