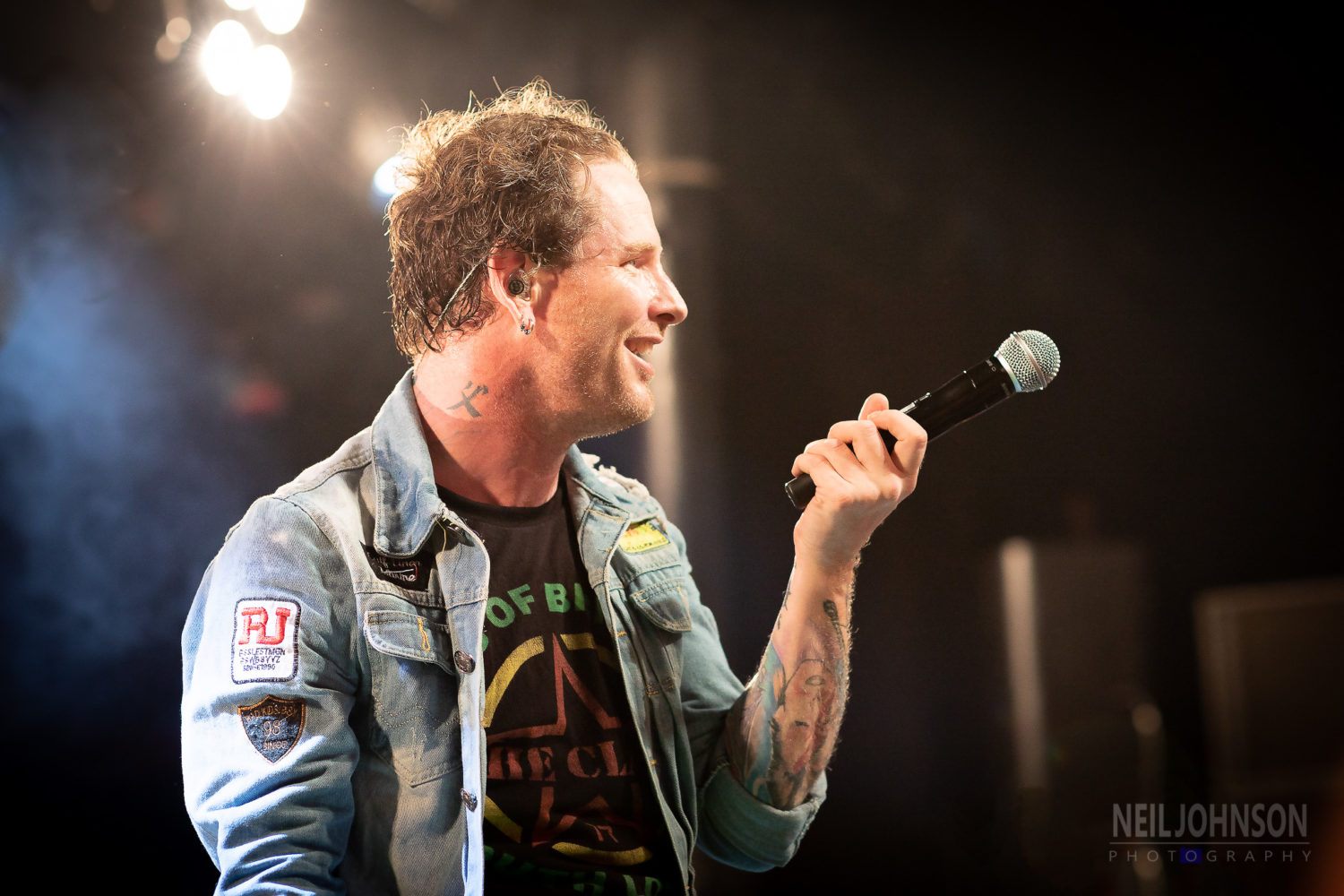 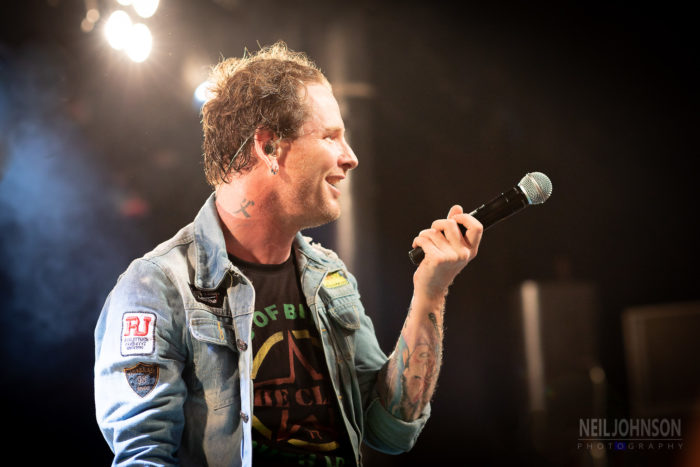 I first heard Stone Sour late one night on the Radio in 2003, the legendy Johnny Doom played Get Inside and I wound my crappy little Corolla’s even crappier sound system up as high as it would go. I was floored by the power, energy and fluid song writing, it was my kind of music. The link between Corey Taylor in Slipknot and Stone Sour didn’t really become apparent to me until I saw them live, although Slipknot were insanely huge at the time, I’d not really gotten into their music. Strangely, despite Slipknot having the larger share of fans I can’t help think that Stone Sour’s material is going to age better and have more longevity.

The gig at Rock City had sold out in a matter of weeks after it was announced. That’s what you get when you have one of the worlds best bands hitting midsize venue’s and only playing three dates. This was the tour to be at though, as amazing as Stone Sour are, their energy needs to be bottled inside a more intimate venue for the best experience. I have a suspicion that this might be the last chance to ever see these guys at this scale though, surely the next tour is going to be arena only. 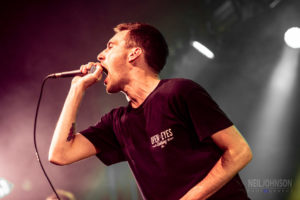 Support tonight is from Blood Youth, not a band I was familiar with before they came out on stage. The energy they gave was considerable. It’s always great to be surprised by a band and Blood Youth delivered a really unexpected performance, their mixture of hardcore and melodic riffs had Nottingham bouncing from the first number and they kept things slamming until the end of their set. Not being familiar with their stuff, but I think the highlight for me was Failure, which seemed to go down really well!. This is great live band and definitely worth making an effort to see.

Like the human powered furnace that it is, Rock City was heating up nicely after Blood Youth. I am sweating just waiting by the stage. The pit crew are dishing out cups of water to the utterly soaked gathering of music lovers crammed together at the front. The tech crew are busy changing over for Stone Sour, they look ready to drop after clearing the stage.

Stone Sour come out to a recording of Otis Reading’s I Can’t Turn you Loose, Ray Mayorga is first out onto his kit followed rapidly by Josh Rand and Johnny Chow, with Corey Taylor and Christian Martucci following. Corey has a smile on his face of a contented man, relaxed and playful with tonight’s gathering. They begin tonight’s assault with Whiplash Pants from 2017’s Hydrograd. Predictably, the collection of Corey admirers react with ferocious sprightliness. With virtually no gap, Absolute Zero kicks in like a freight train, the step up in energy is marked. There are sparklers firing from all sides of the stage, Corey is snarling over his riser and if there is a single person in the building that isn’t screaming back at Corey, I can’t see them. 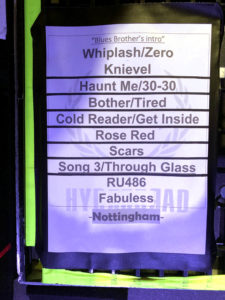 Knievel Has Landed, another number from Hydrograd follows. The set is a prodigious mixture from their weighty back catalog of fan favourites. Say You’ll Haunt Me and 30/30-150 finish the first half, before Corey delivers a impassioned and earnest solo version of Bother. It’s a highlight of the evening, heartfelt and sincerely delivered. Nothing quite comes close to hearing Corey’s voice in such a pared back song.

The guys come back with Tired, a steady ramp up from Bother. For a band that’s been around for sixteen years now, they sound just as tight and precise as you’d expect as they move on through the rest of the set. They do go off for a tiny encore, before coming back with RU486 and Fabuless, which is a stunning end to the show. The only thing I find odd is missing St. Marie from the setlist, I guess it was probably too slow for this live set, which apart from Bother was fairly energetic and we had to choose between Bother and St. Marie – I’m glad they went with Bother.

The whole show was epic for me, possibly the best show I’ve seen all year, mostly down to the strength of the songs and the excellent delivery. Bar a few fireworks, no gimmicks, just song after stunning song. Having said that, 30/30-150 was unconditionally epic, as were Say You’ll Haunt Me and Through Glass. The real highlight though was where it all started for me, Get Inside, which had the whole place erupting.

As everyone filed out of Rock City, like a snake of sweaty wet metal-heads, the look of relief on their faces as they get to feel and breathe the cold night air is written across their faces. I have a feeling that this is going to be a night to remember for a long time to come. If the chance arises to see Stone Sour outside of an Arena again, I for one will be jumping on it!