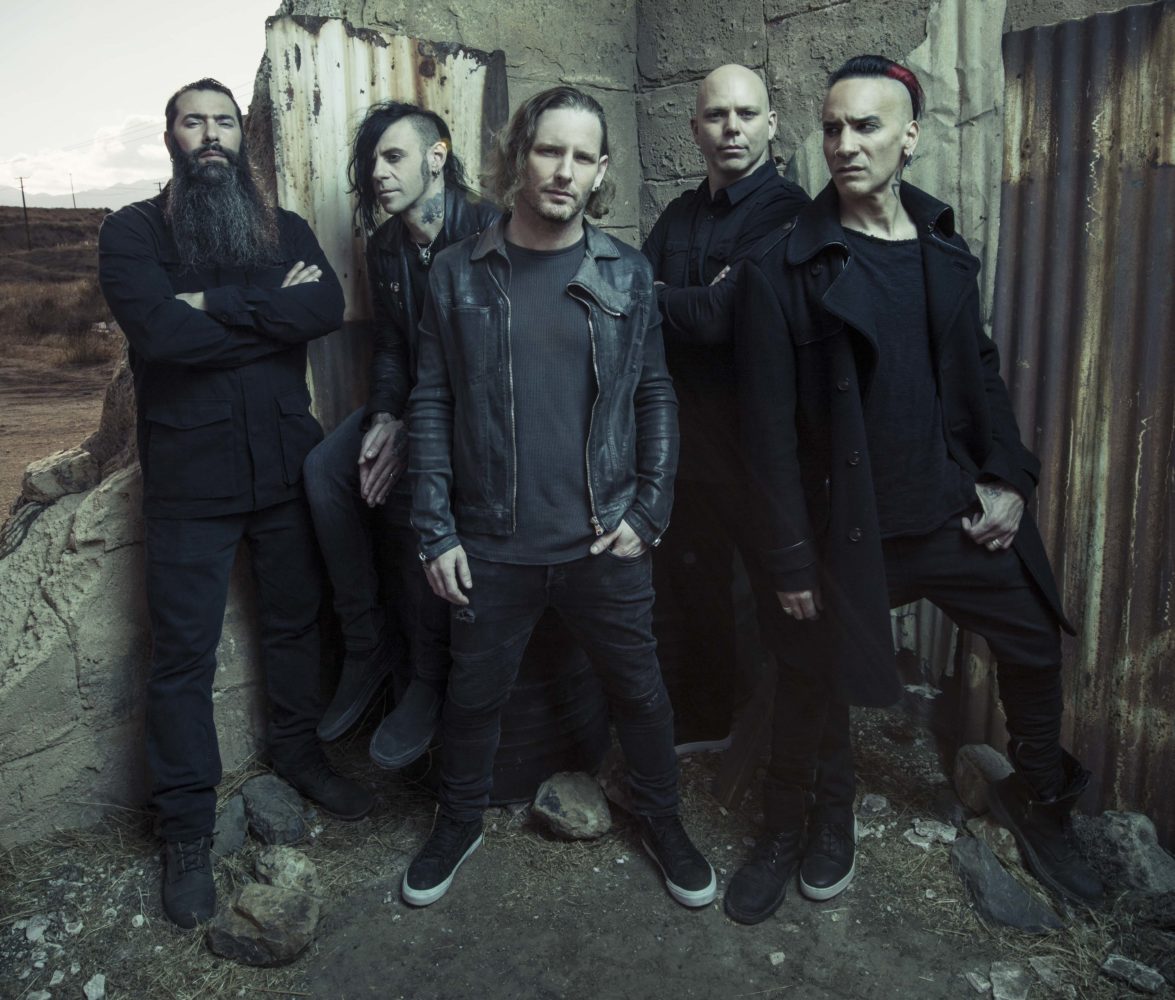 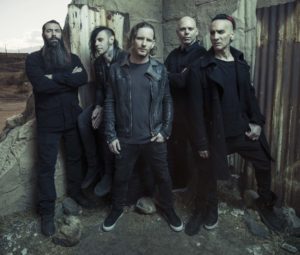 Stone Sour re-issue the deluxe version of Hydrograd with thirteen new covers and reworked originals. With a cover of RATM’s bombtrack and a reworked acoustic version of Song #3 this record was always going to be worth waiting for!

Stone Sour have been busy out on the road since the release of Hydrograd. They are currently on the road in North America supporting Ozzy Osbourne. We caught up with them on the tour at Nottingham’s Rock City back in June.

This deluxe release of Hydrograd was something that I had been patiently waiting for ever since i heard that they were re-working some of the original tracks acoustically. Corey’s voice is epic in full flow, but it’s just sublime over a pared back acoustic track. I had also heard a rumour that they were going to include a cover of Rage Against The Machine’s Bombtrack. It’s hard to resist such temptation!

The deluxe version has all of the same tracks as the original release, with thirteen additional rarities, live tracks, reworks and covers. 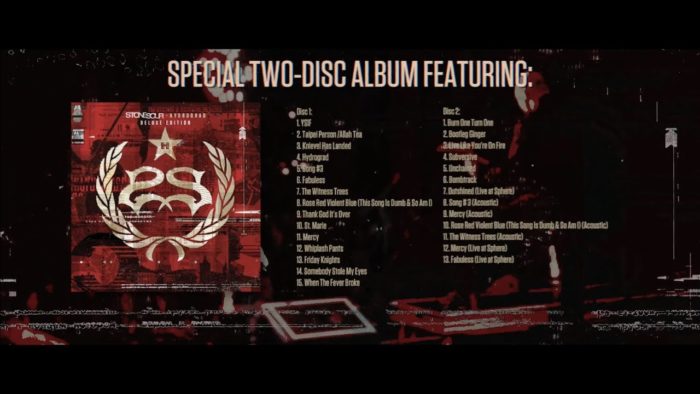 The new stuff kicks off with ‘Burn One Turn One’ which is classic SS. It’s so good in fact that it makes you wonder just how many absolute belters SS have in their closet. Bootleg Ginger slams straight after, another great track, full of driving rhythm and a great solo. Live Like You Were on Fire carries on the new material, a little less raging but a gorgeous bassline before Subversive finishes up the new stuff. Four absolutely solid new tracks that would be perfectly at home on the original studio release.

We’re then treated to a few covers, first off is Van Halen’s Unchained, which Corey does a great job of fronting and the band do a great job of filling in the classic VH backing vocals. Next up is Rage Against the Machine’s Bombtrack, literally every metal band in the world has covered this at some point and Stone Sour recorded this for Metal Hammer last summer. Thankfully, they managed to get it onto this deluxe release, it is a bit special. Worth buying just for this one track alone. We also get a live recording of Soundgarden’s Outshined, recorded live at the Sphere Studios. Not many vocalists can cover Chris Cornell but Corey Taylor does a great job on this.

Next up are some acoustic re-works of tracks from the original studio release of Hydrograd. Song #3 is utterly spellbinding in the live show and this acoustic studio recording captures the magic perfectly. As gorgeous as Corey’s vocals are the acoustic version doesn’t quite have enough energy for me, although I do prefer the raw energy of the second extra-version on this disc which was recorded live at Sphere Studios. Rose Red Violent Blue’s acoustic treatment works really nicely and has a different, more intimate vibe than the original. The Witness Trees also gets unplugged, which I really enjoyed although it’s not quite got the dynamics of the original studio version, it’s a really great addition.

Closing the album down we’re given two live studio recordings of Mercy and Fabuless. These are full-on live recordings in the studio without some of the polish of the original studio recording. I have to admit that Stone Sour suit this kind of raw and uncut sound really well. It seems to capture that something that gets lost in the production process, the resulting sound isn’t quite as big and you lose the three dimensional sound but instead what we get is rough and raw. I’m not sure which is ‘better’ but it’s nice to have both versions!

All things considered, this is a really nice selection of Stone Sour stuff. A few new studio tracks, some covers, some acoustic stuff and some live studio recordings. The highlights for me are the acoustic rework of song #3 and the Bombtrack cover, both of which I absolutely loved!

All words by Neil Johnson. More writing by Neil Johnson can be found at Neil’s archive. Neil is also on Instagram as @gigtog and has a  website here: http://www.neiljohnsonphotography.uk/