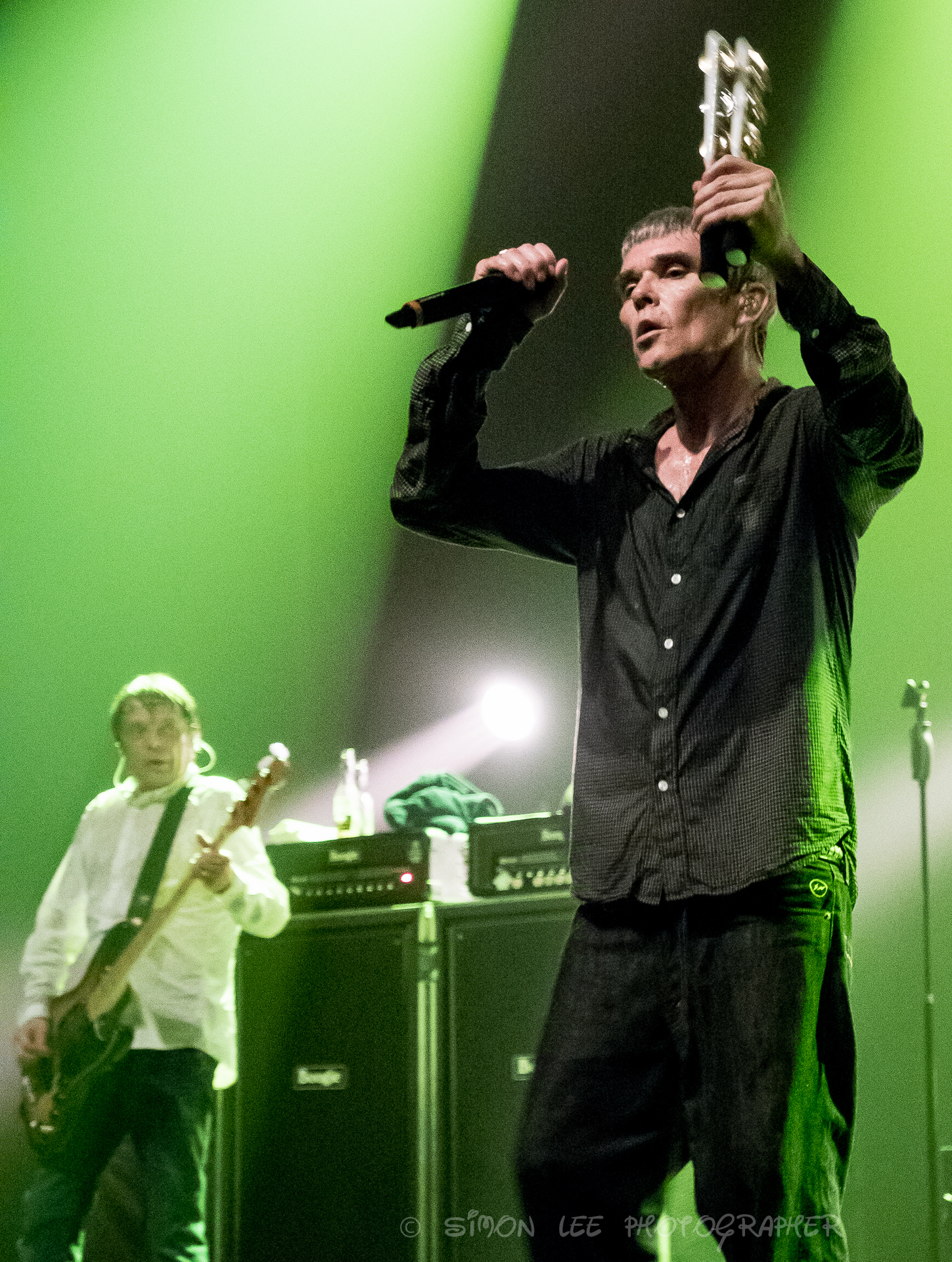 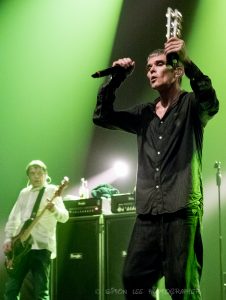 “The Gig With No Name” adorned the wristbands worn by 1500 Stone Roses fans, all tingling with anticipation, at the 1500 capacity Victoria Hall in Halifax. In a venue filled with young and less young alike came an indie revival like no other. Now a ‘big gig’ band, due to play Manchester’s huge Etihad Stadium in less than a fortnight, many fans had long given up on the idea of those magical Roses gigs in the electric atmosphere in small halls. And yet here we were, the privileged few, about to witness history.

And it was historic, make no mistake. The YouTube videos evidence it. Ian Brown was on-point, and the crowd came together as one. An army. From the packed standing area to the ecstatic fans who occupied every inch of dancing room on the balconies above, this was a gig like few others. So many in attendance were realising their dream of seeing this band in a tiny, cramped, hot-as-Hades venue, spellbound by the magic of a band at their very best.

Indeed, your writer and photographer realised a lifelong dream, crushed against the barriers by a thousand screaming fans, singing at the top of our lungs, just feet away from the brilliance of John Squire, and only a few feet further from the grinning Reni and the excited Mani. Ian Brown, meanwhile, commanded every inch of the stage.

The man who once sang “Seen so many happy faces waving back at me” was at his finest. Dancing, waving, performing magic tricks (including levitation, though sadly his ‘God-like Genius’ didn’t quite stretch far enough to truly believe it), all the while handing out tambourine sticks (lucky Emily) and high-fiving crowd surfers as they were dragged away by security.

Make no mistake; this was a crowd-pleasing greatest hits set. They were all there: I Wanna Be Adored, Begging You, Love Spreads, Waterfall. They tore through their powerful back catalogue in style. Squire played his licks stoically, barely looking up or acknowledging the crowd until the final moments. Mani looked like a kid in a sweet shop, thrilled to be playing his favourite tunes with his best friends. Reni, as ever, was unfathomably good on the drums, and Ian Brown was at his absolute coolest.

Being so close to the stage gave the opportunity to witness so many beautiful little moments that prove just how close this band now are again. Not just the closing group hug, but the smiles as Ian joined Reni on the drums with his tambourine; Mani’s laughter, knowing smiles from John Squire as Ian played about cheekily nearby. And the moment Reni stood for a few seconds of crowd-pleasing dance moves. If you didn’t know better, you’d be hard pressed to claim that this was a band who hadn’t played together for a few years now. Christ, you’d be hard-pressed to say this wasn’t a band in their absolute prime.

Trust me when I say that this was Ian Brown at his best. I’ve followed his career for years and have seen him everywhere from the basement of HMV Manchester to Delamere Forest, via Preston Guildhall, Manchester GMEX and the MEN Arena. Always a great performer, Browns vocals are too-often criticised by those who don’t get the reality of Madchester revivalism. When Ian Brown is on stage, it’s a coming together. A sea of sound as the masses sing back at their hero.

Last night,that was multiplied by twenty. The fans knew every single word to every single song, and sang relentlessly in union from beginning to end. And, still, Ian Brown’s voice carried, transcendentally, rising to the rafters in one with his people as, almost note-perfect, he recaptured the most gloried of his glory days.

Some have maligned new single All for One, but live it was perfect. As Brown sang, we did indeed join hands and make a wall. It fit beautifully within an incredible setlist, bringing together the best of the 80s and 90s Roses sounds, whilst giving all four members of the band their chance to shine.

It’s impossible not to sound hyperbolic when reviewing a gig like this. It was a once-in-a-lifetime experience; a chance to truly see the greatest indie band in the world in the flesh, in all their pomp and grandeur. From beginning to end the crowd were in raptures, and the buzz continued long into the night as we drifted our way back to our respective corners of the world. As ever, it was as much a reunion for the fans as it was for the band, but it was also an opportunity to make new friends. I held hands and sang with those around me. I let gleefully let people clamber on my usually-fragile back. I even met somebody who lived at the end of my road!

The stadium gigs later this month will be a different experience. No less exciting, no less inspiring, but not the same. In stadiums you sacrifice the intimacy for raw power. Big gigs are filled with newer fans and those on the periphery – not the kind of people who will grab a CD and leg it across the country to buy a £25 ticket at a moment’s notice. This was our moment, shared with like-minded people living the dream.

The past was ours, the future’s theirs.