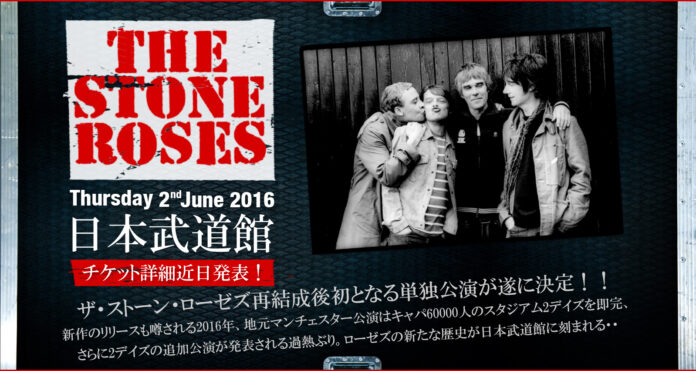 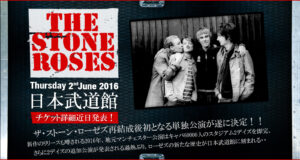 Creative man website in Japan is reporting that the Stone Roses upcoming Japanese dates have to be cancelled after a Reni has broken 2 ribs. Creative man are selling tickets for the gigs and announced the news on their website. This is the same company that puts on most concerts in Japan including Summer Sonic Festival.

The Stone Roses summer plans have been thrown into chaos with the 2 upcoming gigs in Japan being cancelled due to Reni ‘breaking 2 ribs’. The band who have a history of broken bones have had to shelve the two upcoming shows at the Budokan. The famously unconventional career of the band moves in odd ways – lets hope all is ok in the camp with the other current rumour being that the two finished tracks from the upcoming album may be getting released a single and those big UK shows are on the horizon.

The statement from https://www.creativeman.co.jp/artist/2016/06stoneroses/
‘The Stone Roses are very sorry to have to cancel their two proposed concerts at the Budokan. Reni has had an accidental fall and fractured two ribs, his doctor has told him to rest for at least a month. Unfortunately this means that the band are unable to fulfil their planned performances in Japan’.