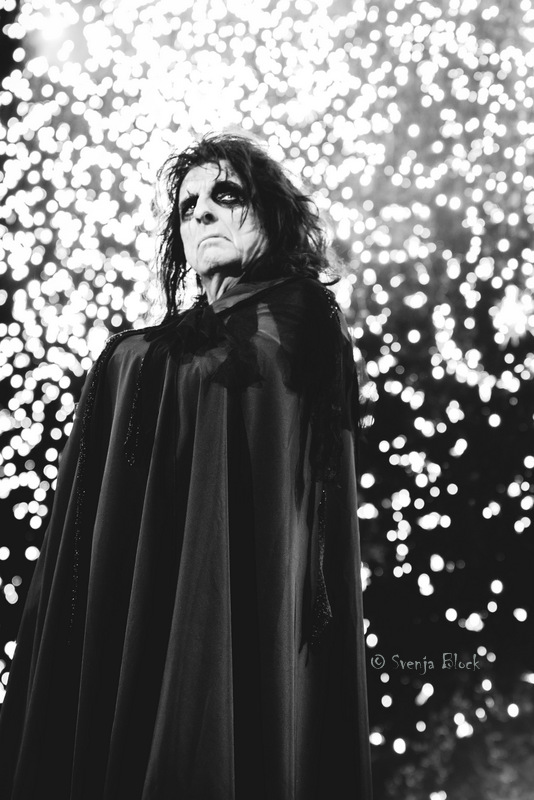 After the muddy river that was Drownload 2016, Stone Free Festival seems like a rock and roll dream. All undercover, dry places to sit and rows of restaurants to choose from. But enough about the joys of watching bands indoors, let’s talk about music.

Saturday’s selection of acts blew me out of the water in what I think was a great combination of music. The festival was spread out between the 02 Arena, the indigo bar and the entrance stage, located to your right as you walk through the main entrance of the millennium dome.

Therapy? went down a storm in the Indigo. Opening with the single ‘Still Hurts’ from their latest album ‘Disquiet’, fans were completely enthralled with what was a powerful live performance.

“I dedicate this next song to Phil Lynott, Kurt Cobain and Amy Winehouse.” Andy declared as the band broke into ‘Die Laughing’. Therapy? always put on a moving show and as I left I felt that this show was no exception. They always put their all into a performance and its always a joy to watch.

I’d heard ace things about them and they didn’t disappoint. A particular favourite was when they decided to cover ‘Gloryhole’ by the infamous Steel Panther at 4.30 in the afternoon. Brave move girls! However as well as being hilarious, they were also extremely moving. The Lounge Kitten’s cover of ‘Love is Only a Feeling’ nearly reduced me to tears.

Finishing with a medley that included Eminem, Rage Against the Machine, Papa Roach and more, the girls left the room roaring for more. Believe the hype, they were so talented!

Soon acts at the main arena begun. Cello metal band, Apocalyptica, bought a new dimension to the stage. Fans sang along as they played Master of Puppets and two of the cellists windmilled their hair in time with one another. Such amazing skill, it was brilliant to see metal played with such beautiful detail. Half way through, Franky Perez, the band’s touring singer came onto the stage to sing a few numbers.

The Darkness were late to the stage by no fault of their own. However, despite their shortened set, the band didn’t fail to deliver. Justin Hawkins looked like a glam rock bullfighter as he belted out his famously high vocals to the audience. What a range that man has!

The band were completely on point, hitting every note and giving the crowd a flawless performance as they played classics from ‘Permission to Land’ mixed in with never numbers such as ‘Barbarian’ which has all the makings of an anthem. Justin even did a headstand and moving his feet in a clapping motion in front of the bass drums. What a dude!

Finally it was time for the last act of the night, the one and only king of shock rock himself Mr Alice Cooper.

Opening with ‘No More Mr Nice Guy’ Alice and his band had the whole audience in ore of what was a true rock and roll show. This wasn’t just music, this was theatre. Alice threw off his cloak in a series of quick costume changes and revealed a BeetleJuice styled suit.

I found myself feeling fourteen again as I stared as him using all the stage, performing magic tricks with his cane and just generally rocking out. I felt my jaw drop as he walked centre stage, singing with a snake wrapped around his neck. I knew it was what he was famous for, but to see it live was something else.

Alice’s band were also amazingly skilled and you would expect nothing less. One guitarist that stuck out was the talented Nita Strauss. Her solo before Poison got the crowd going and she was a force to be reckoned with on stage. I’d advise people to keep a watchful eye on her!

However, it wouldn’t be an Alice Cooper show without a proper theatrical performance. For ‘Feed my Frankenstein’ he was strapped into a chair and ‘transformed’ into a giant human monster which stormed the stage and after wrestling with a nurse he was forced into a guillotine and beheaded for all to see.

The band’s encore consisted of a series of tributes to fallen rock stars such as Keith Moon, Hendrix, Lemmy and Bowie. It was great to see such a legend paying tribute to musicians that have passed and revved the crowd up for ‘Eighteen’ and ‘Schools Out’, which he sang accompanied by bubbles that came out from the side of the stage.

Just fans thought it was all over Alice sprang back onto the stage with an American flag top hat for ‘Elected’. He even got people dressed up as Donald Trump and Hillary Clinton to fight one another. Finally, as the red, white and blue streamers blasted from the stage it signified the end of the show. And what a show to finish the day on.

Stone Free was brilliant and what was a bonus was that I left completely dry.