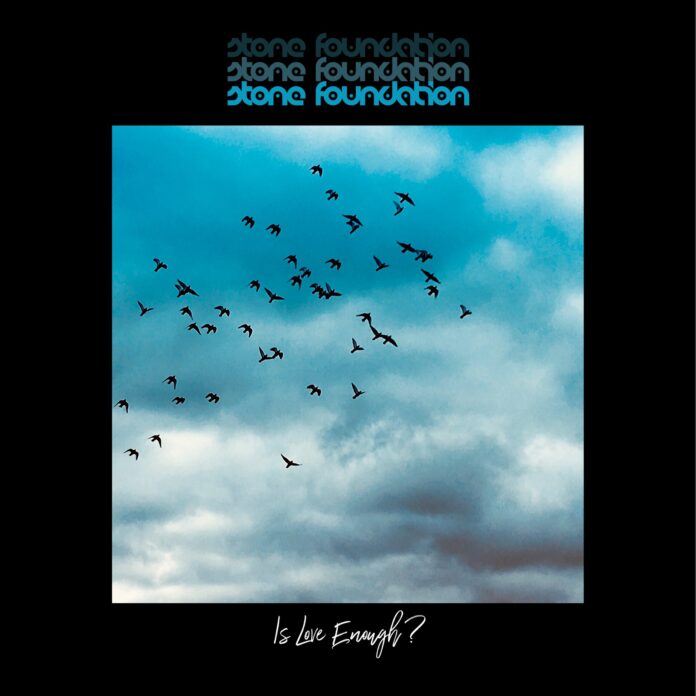 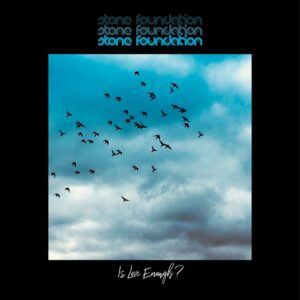 Stone Foundation go from strength to strength through love.

Eight-piece Midland soul band Stone Foundation are a band that have paid their dues, featuring members who have played in dozens of bands over the years, stretching back to the 80s. This is a band of hardened musicians who do it for the love of the craft, not for fame or fortune, those vacuous temptations, but because it’s in their blood, because it’s in their souls. Formed back in the 90s by bassist Neil Sheasby and vocalist Neil Jones who shared a love of Stax Records, the Spencer Davies Group and The Style Council, they set about playing their own style of soul heavily drenched in their inspirations but with their own clear style. They began to attract the attention and admiration of their own inspirations, including John Bradbury (of the Specials), Nolan Porter, Graham Parker and, finally, Paul Weller, who produced and played on their breakthrough album, Street Ritual in 2017.

Is Love Enough? is the band’s sixth studio album and was recorded at Paul Weller’s Black Barn Studios in Surrey, with the Modfather taking lead vocals on Deeper Love, backing vocals on Picture a Life, and adding guitar on three other tracks. Stone Foundation continue their collaborative approach to their music, not just with Weller, but this album includes contributions from Durand Jones, Laville and the actor Peter Capaldi. The album was produced by the two Neil’s of the band. Neil Jones said: “This time around we wanted to sing songs about love, that beautiful emotion we see in every town or city we play in.  Not the trite, ‘boy falls for girl’ kind, this was the building bridges and breaking down borders kind and right now it seemed to us like we needed more of that L O V E than ever.”  Neil Sheasby said: “We felt it was the right moment to move the big subjects such as hope, compassion, empathy and indeed love to the forefront of our writing. We wanted to attempt something ambitious.  It was a joy to create, one of the most productive periods for us, the ideas just flowed.”

Is Love Enough? has a heartbeat from 60s and 70s soul but its head is firmly in the present, that delivers a soul packed punch of love and hope. It’s a musical tonic to give light in these dark times. It’s a cohesive album, best listened to in one sitting, with a Love’s Intro, Outro and three Interludes spoken in Japanese, Spanish and German, talking of the universality of love.

Opening track Freedom Starts! sets the tone with a joyful, uplifting funky beat, and the declaration that freedom begins with personal happiness. Changes has a beautiful groove as the band wrestle with the rhythmic changes of life. The Durand Jones led track, Hold On To Love, is reggae tinged soul, whilst Laville’s turn on The Light In Us has a funkier groove. The title track has a sultry beat that builds up to a pulsating big finish that James Brown would be proud of. Learn To Love Again insists that it’s never too late to go back, to turn from your ways and return to love. There is the Afro-Beat of Af-Ri-Ka, the sensual, heartfelt groove of Picture A Life, the deeply passionate Help Me, with its classic soul call and response vocals, and the disco groove of 83:This Is Our Time. It’s wrapped up with Love’s Outro, a spoken word coda from Peter Capaldi, who reads a quote from Vincent Van Gogh: It is good to love many things, for therein lies the true strength, and whosoever loves much performs much, and can accomplish much, and what is done in love is well done!

In these times of conflict and isolation it’s uplifting to hear a call for love and understanding delivered with such commitment and bloody great tunes. Stone Foundations journey is one of perseverance, with their love of music holding them together to finally find a bigger audience and an opportunity to reap rewards from that love.

A house built on foundations of stone is meant to last.