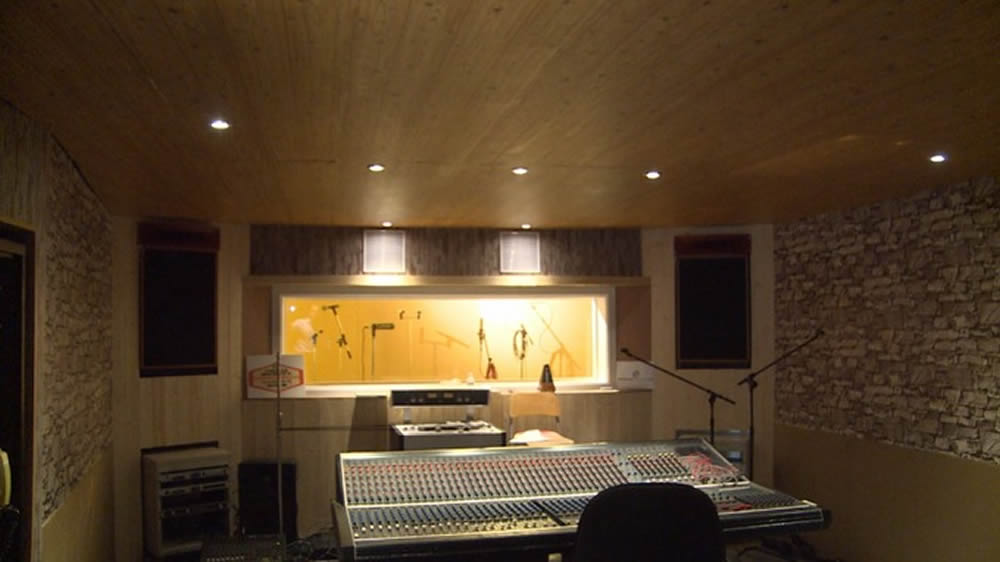 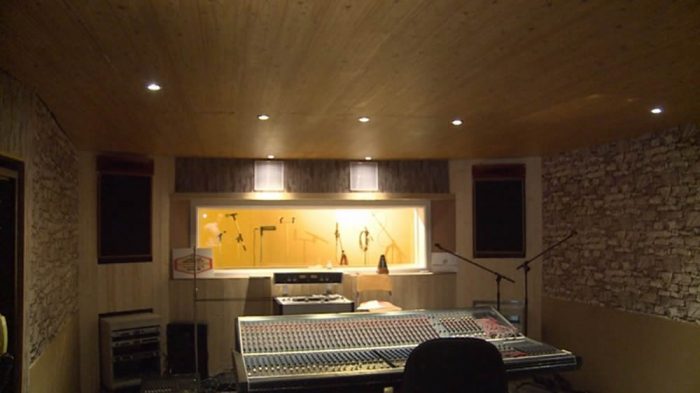 Stockport’s famous Strawberry Studios opened for one weekend only to exhibit a re-creation of it’s legendary control room. Nigel Carr reports back for Louder Than War with an interview with the man responsible, Chris Hewitt and a few words from original Engineer Peter Tattersall.

Stockport’s famous Strawberry Studios opened its doors to showcase a re-creation of its control room this weekend. The studio which operated from 1967 to 1993 originally hosted acts such as The Syd Lawrence Orchestra, 10cc, Paul McCartney and Neil Sedaka before Martin Hannett arrived in the late 70’s. He famously recorded Joy Division’s Unknown Pleasures here as well as a host of seminal Manchester bands. The Smiths, Happy Monday, The Stone Roses, Durutti Column, OMD and Simply Red all laid down tracks in the once hallowed space.

Working mostly from memory, personal recollection and photographs Chris Hewitt worked tirelessly with the help of Manchester University’s Dr Peter Wadsworth to build the studio as close as possible to the original. The space was being used as a rather dull commercial office, with the only surviving artefact, the control room window, around which the team installed original vintage recording equipment from Chris’s personal collection. 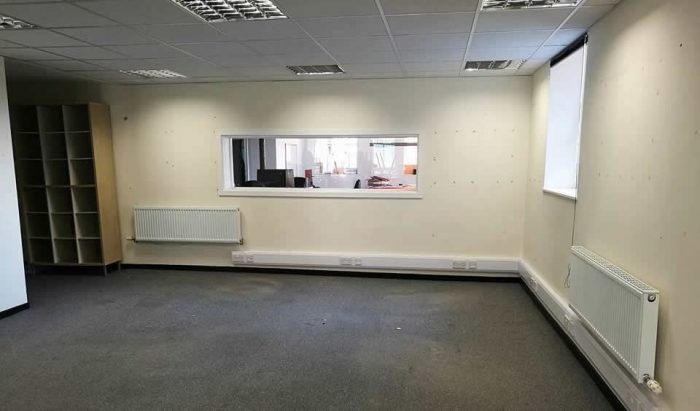 The studio at Strawberry was built in ’68 by an American company called Westlake Audio. Peter Tattersall who oversaw the original build told us a bit more about how it came about:

Peter Tattersall: In the 1960s American albums put the recording studio on the record covers so we saw this company and phoned them up. Stockport to America! anyway. They sent a builder over and it took him about three weeks to build it. On the Saturday before opening Tom Hidley, the American owner of the company flew over to take a look. Unbeknown to me 10cc decided to play a joke and bricked up the whole of the control room! I opened the door and walked in thought I was in the wrong place. He said ‘Where is it?’ I said ‘In here’ and then I clicked! there were howls of laughter, but he just didn’t get it. He just didn’t get it, he just did not understand the joke! That’s what they did, they just joked all the time.

Rochdale born Chris Hewitt who has been a promoter, record label owner and avid equipment collector was a friend of Hannett’s and launched a crowdfunding campaign to bring his project to life. He also received the support from a number of local companies who sponsored the project. I caught up with Chris on the launch night and asked him a few questions about the project, the challenges involved and his plans for the future.

Louder Than War: You have amassed quite a collection of recording equipment, instruments and memorabilia. When did your fascination for collecting begin?

“Having had a pro audio company and music shop and several recording studios in the 70s and 80s I didn’t throw much away and on the 20th anniversary of Deeply Vale festivals in 1996 I started collecting paper items, flyers, posters, photos as well.”

What’s your most precious item, not just because of its value?

Can you tell me how the idea for the re-creation of the studio came about? 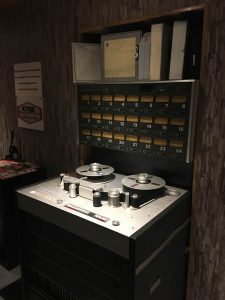 I believe that the owner of the building was really accommodating?

“Yes Damian Walsh was really accommodating but I don’t think he realised how we would transform his building for the weekend.”

What challenges did you face in the construction and how long did it take?

“To get the look of a Westlake/ Eastlake control room and all the equipment starting with an empty room and only having six days to do it! Although it took six days to do the construction and get the exhibition in there I scoured the world for the last six months to buy the equipment to make sure it had as much of the original Strawberry Studios equipment as possible.”

It must have been pretty challenging working just from photographs?

“Challenging work in that the studio control room changed its appearance in the photographs so many times between 1967 and the 1990s and every staff member I talked to came up with different memories on colours and shades, so I tried to go for a 10cc / Hannett/Joy Division Unknown Pleasures era combined.” 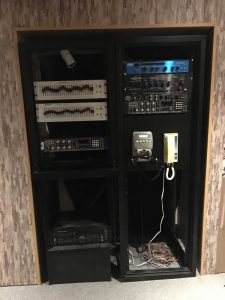 Are there plans to create a permanent installation of the studio at Stockport Museum?

“No, it’s cost me £2000 of my own money to do this even after crowdfunding and donations and merch. sales without paying myself and some of the other workers for time and there has been no financial input from Stockport Council who came and nabbed a stall in the building for free and wouldn’t even give me a free Strawberry Studios mug !!! The Strawberry Studios exhibition at the Council’s museum is great but without the input and determination of myself and Peter Wadsworth it would have been dull as dishwater. I have worked with council cultural departments for over 40 years and all they do is tell you what you can’t do rather than looking at how we can achieve things.”

Which are you favourite artists who recorded at Strawberry Studios?

What other projects are you working on?

“The new Freddie Mercury Queen biopic movie including supplying equipment for the re-creation of Live Aid in a field in Hertfordshire, re-creation of the Bohemian Rhapsody recording session,  and re-creation of some Queen and pre-Queen 1970s gigs.”

The evening was augmented by a short but brilliant performance by local duo Crude Oil Inc. who describe themselves as “like The Beatles on ketamine, minus the ketamine and The Beatles! ” they performed a captivating acoustic set in front of the main mixing desk in the room. This was a two day exhibition with visits organised in 20 minute slots and needless to say it was completely sold out.

Chris Hewitt is on Facebook and his Vintage Audio website is Here. Stockport Studio I am In Love Link

Interview & Photographs by Nigel Carr. More writing by Nigel on Louder Than War can be found at his author’s archive. You can find Nigel on Twitter and Facebook and his own website.