Home Campaigns Still The Enemy Within: A new Documentary on the ’84-’85 Miners Strike 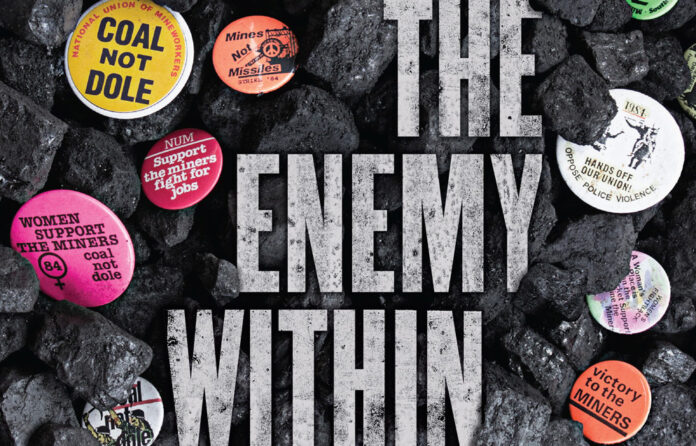 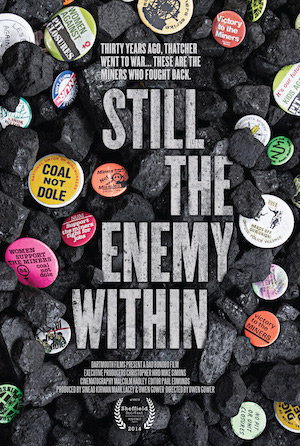 Still The Enemy Within is a documentary focusing on the 1984-1985 Miner’s Strike. Directed by renowned documentary filmmaker / producer Owen Gower (First Life, The  Burrowers) the film is unique to others with the same subject matter as there are no politicians or experts interviewed, just the miners and their families themselves.

Still the Enemy Within is a unique insight into one of history’s most dramatic events: the 1984-85 British Miners’ Strike. No experts. No politicians. Thirty years on, this is the raw first-hand experience of those who lived through Britain’s longest strike. Follow the highs and lows of that life-changing year.

In 1984, a conservative government under Prime Minister Margaret Thatcher declared war on Britain’s unions, taking on the strongest in the country, the National Union of Mineworkers. Following a secret plan, the government began announcing the closure of coal mines, threatening not just an industry but whole communities and a way of life.

Against all the forces the government could throw at them, 160 000 coal miners took up the fight and became part of a battle that would change the course of history.  Still the Enemy Within tells the story of a group of miners and supporters who were on the frontline of the strike for an entire year. These were people that Margaret Thatcher labelled ‘the Enemy Within’. Many of them have never spoken on camera before.

Using interviews and a wealth of rare and never before seen archive, Still the Enemy Within draws together personal experiences – whether they’re tragic, funny or terrifying – to take the audience on an emotionally powerful journey through the dramatic events of that year.

Follow Norman Strike, from devising ingenious ways of getting past police road blocks in a key battleground, Nottingham, to suddenly finding himself a minor celebrity after a mishap on national television; Paul Symonds, from the optimism and excitement of a young man fighting for his future to the tragic death of his best friend on a picket line; Joyce Sheppard, from her life as an ordinary housewife to becoming a political activist and facing violence as huge numbers of police are sent in to Yorkshire villages to break the strike.

They along with a range of fascinating characters who fought alongside them, give a frank, emotional and ultimately inspiring account of ordinary people at the centre of extraordinary events. From the infamous Battle of Orgreave, where miners found themselves in a brutal confrontation with over five thousand police, to the hardship endured after almost a year on strike – their story is not just one of personal drama but one that shaped the world we live in today.

Still the Enemy Within is ultimately a universal tale of ordinary people standing up for what they believe in. It challenges us to look again at our past so that in the words of one miner, “we can still seek to do something about the future”.

The film has already garnered some incredible reviews and won the Sheffield Docfest Audience Award in October of this year.

For full details visit: the-enemy-within.org.uk or go to their Facebook page. They’re also on Twitter as @EnemyWithin1984.

There will be a full Louder Than War review to follow.