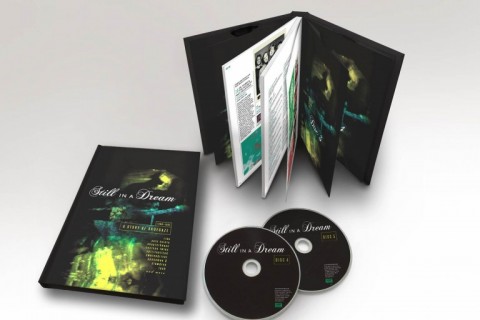 “Shoegaze”, a throw-away cheap jibe, a piss-take pinned to a non-collection of bands whose reliance on effects pedals led to them looking to their feet, heads bowed under the weight of heavy fringes; in fact the hairstyles were possibly the only thing that could have bound the groups together; here we are some 25yrs on and that cheap barb has transformed itself into this sumptuous 5CD collection. This all encompassing assemblage is housed in a hardback book, fronted with a 23 Envelope styled image, each disc then being housed within a similarly designed wallet, the package being completed by a 12,000 word Neil Taylor essay and sleeve notes, anointed with album artwork, band pictures, tour posters and the like – a fitting celebration of ‘the scene that celebrated itself’. 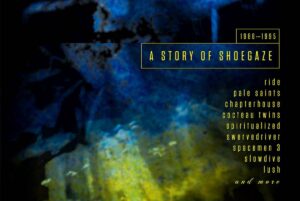 Disc 1 includes the likes of the Cocteau Twins, the Jesus & Mary Chain, and Loop who brought Krautrock repetition with frightening volume, and the vastly under-rated A.C Marias here with ‘One Of Our Girls Has Gone Missing’ lifted from their Mute released album of the same name showing that this wasn’t a boys-own club, and even The House Of Love who may wonder how they ended up on a ‘shoegaze’ compilation; quite simply, it’s a starting point, showing where bands like Ride, Slowdive and Swervedriver developed a taste for reverb.
The remainder of the set chronologically documents the story of shoegazing – having been shown how, these young upstarts bucked the music press derision and forged ahead into a new oceans of distortion. 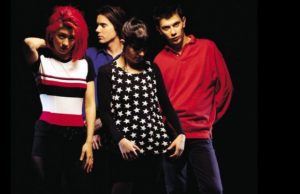 Disc Two centres on the more well-known exponents, certainly the more commercially successful, the omnipresent Ride, here with ‘Drive Blind’ lifted from their Creation released debut that burst forth in the first weeks of January 1990, all glistening guitars shimmering over cavernous grinding bass; not really a surprise that Robert Smith was later quoted “a fantastic band – one of my favourites of all time”, the off-kilter swirl of Lush, here referenced with ‘De-Luxe’ which was originally only ever released as a radio-promo CD for the USA, the savage thrash of The Boo Radleys ‘Kaleidoscope’ from their debut ‘Ichabod and I’ – a very long way from the mega hit of ‘Wake Up Boo’, and geographically not that far from Dr. Phibes and the House of Wax Equations whose angular angsty vocals were underpinned by some syrupy almost dub bass that showed this was music without defined constraints, we had musicians up and down the country experimenting, drawing on their own influences creating intelligent, thought provoking alternatives to the E-fuelled madness of Madchester. 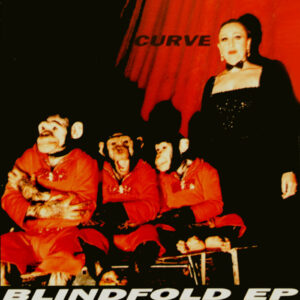 Disc Three opens with Curve ‘Ten Little Girls’ which was lifted from the bands March 1991 debut ‘Blindfold’ EP; Toni Halliday and Dean Garcia were joined by JC-001 who (sort of) brought a mechanised rap to the genre, the drum machine beats clear indicators of Curves underlying proto industrial/EBM edge that Garcia continues with to date, be interesting to known if Th’ Faith Healers had the title ‘Gorgeous Blue Flower In The Garden’ before they realised they were a shoegaze band – having penned this they couldn’t be anything else, however having not heard it for many years I am delighting in its roughened edges, a swirling mass of darkness and light. Spirea X were formed when Jim Beattie departed from Primal Scream; the name was his, taken from a Primal Scream B-side he had written, declaring “We’re going to do it…by having better songs, better melodies, better arrangements” ‘Chlorine Dream’ was the bands 4AD debut EP (housed in one of the worst designs Vaughan Oliver ever created) and was greeted by fawning press reviews, things were clearly difficult within Spirea X, members came and went, one ending up in multi-million sellers Texas – Beattie clearly alienated people, he once declared himself to be God, stating “David Icke is my bestest (sic) friend” later saying “Yeah, I thought I was God before, but now I feel more like Jesus”…anyway back here on terra-firma Spiritualized were releasing the heavenly swirl of ‘Run’ with its clear lineage to the likes of Neu! Check out Black Tambourine who show that the likes of US based Sonic Youth having influenced the genres earliest shakers had not been forgotten; hailing from Maryland, Washington DC they were signed to US indie Slumberland, and are considered to be one of the most influential bands of the American twee pop movement, a term perhaps even more insulting than ‘shoegaze’…’By Tomorrow’ was their debut EP and showcases their glacial best, layered reverb, crystalline guitar, ethereal vocals hovering over raining drums, the entire sound washing over you. 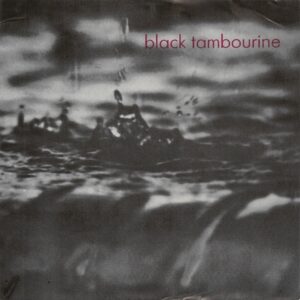 Disc Four introduced me to a couple of bands I’d not heard previously, can’t decide whether I like Drop’s ‘Mirrored’, certainly has links to shoegaze, but is perhaps just too close to the as then nascent Brit-Pop scenes that came to sour the country, The Belltower were a US band who perhaps noted what was happening in the UK and promptly relocated to London just in time for Terry Bickers to produce their debut EP ‘Exploration Day’ which was declared by the NME to be ‘Single of The Week”. Swallow were signed to 4AD, listening to ‘Sugar Your Mind’ they couldn’t have been signed to any other label – the track being lifted from the debut album ‘Blow’, its rooted in the Cocteau Twins, but without the apex that only Liz Frasier can provide, all melancholic down beats , and breathy vocals. Drop Nineteens were also US based, ‘Winona’ was their debut 7” released by UK indie Hut Records and Caroline Records in the USA, heavily influenced by MBV, but without the budget of ‘Loveless’ Drop Nineteens still managed to create a jarring sound, however the version included here is the cut down sub 4 minute radio-edit – it got loads of airplay, certainly on US college radio, however in contrast to the ‘Delaware’ album the vocals of ‘Winona’ are too clean instead of being buried in a comforting wall of sound. 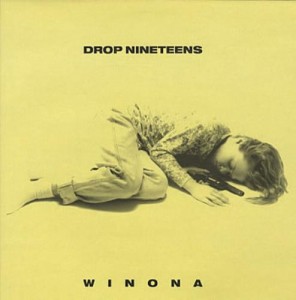 Disc Five shows us just how the genre travelled across those 25years, opening with Canadian 4pc An April March, ‘Memory’ being featured on the band’s debut album ‘Impatiens’, as with Swallow, its Cocteau derivative, but that isn’t always a bad thing and is enough to pique my interest in their two further albums ‘Lessons In Vengeance’, and ‘It Goes Without Saying’. Flying Saucer Attack who with ‘Flying High’ had the right title, the semi-sung buried vocals also helped, though this Bristol based outfit were clearly more drawn to the white noise squall of ‘Upside Down’, they released a slew of albums up until 2003 and then disappeared; however when researching this it looks like they may well have released a 2015 album ‘Instrumentals’ via Domino Records; 15 numbered tracks in total that hint at guitar and machine based ethereal drone which requires further investigation. Seefeel, currently signed to Warp are referenced courtesy of their 1993 debut ‘Plainsong’ for Too Pure which showcased their repetitive almost motoric electronic ambience. Bardo Pond are way more psychedelic than anything else within this set, ‘Die Easy’ was their second single, only ever released on 7” by Philadelphia based Compulsiv Music ‘Die Easy’ is Bardo Pond’s take on an old African American spiritual song, ‘I Want To Die Easy’ – since then the drug inspired outfit have released in excess of 30 albums, the most recent being 2015’s split with Yo La Tengo ‘Parallelogram’. The entire set closes with Luna’ ‘23 Minutes In Brussels’ from the ex-Galaxie 500 frontman Dean Garcia, less reliance on the effects pedals that defined shoegaze, its more atmospheric, with a natural warmth that will gentle engulf you.

Cherry Red have curated a genuinely wonderful release – hopefully, this album with provide listeners with the incentive, the launch pad to discover some of the bands featured, to see just how it is possible to combine inventive noise with pop sensibility.