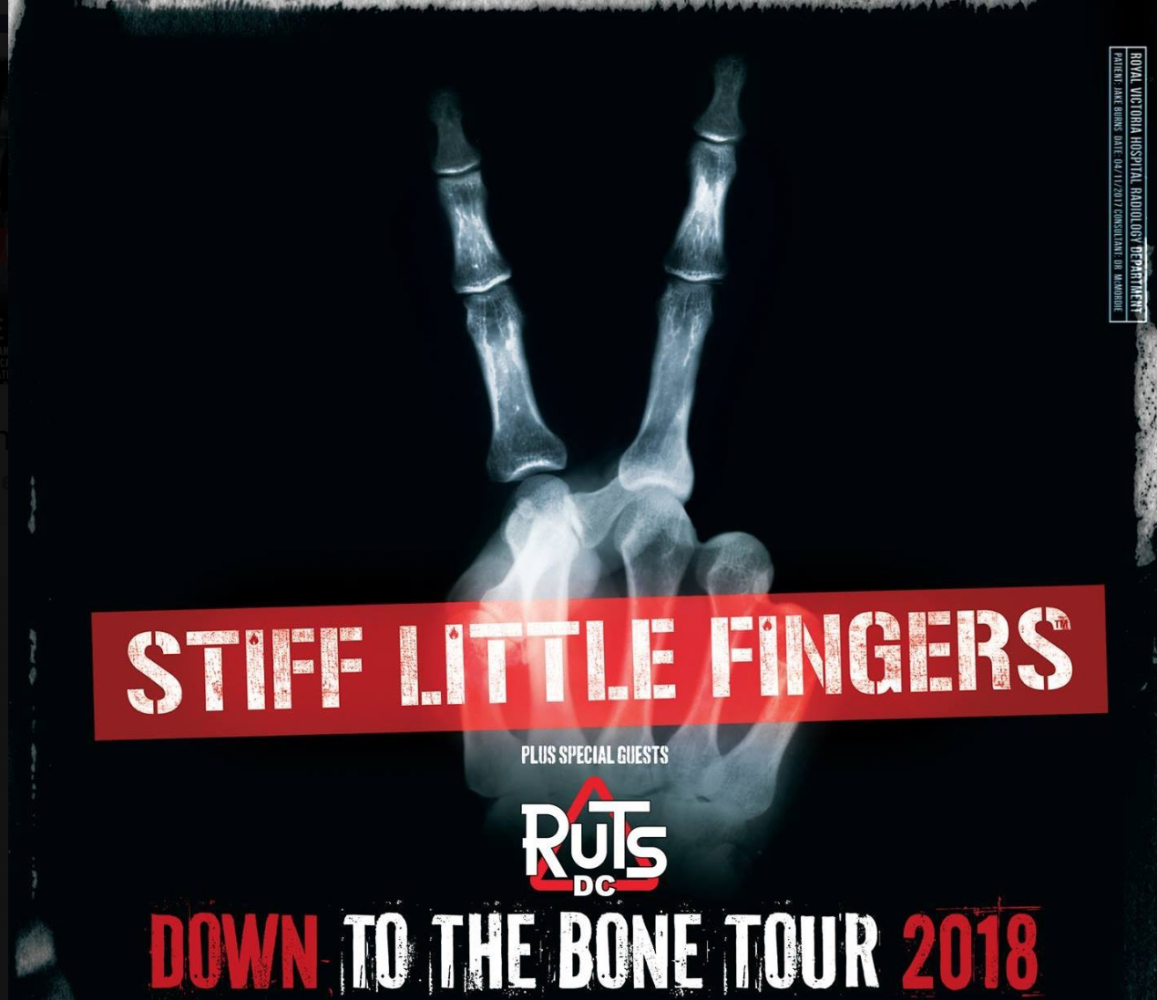 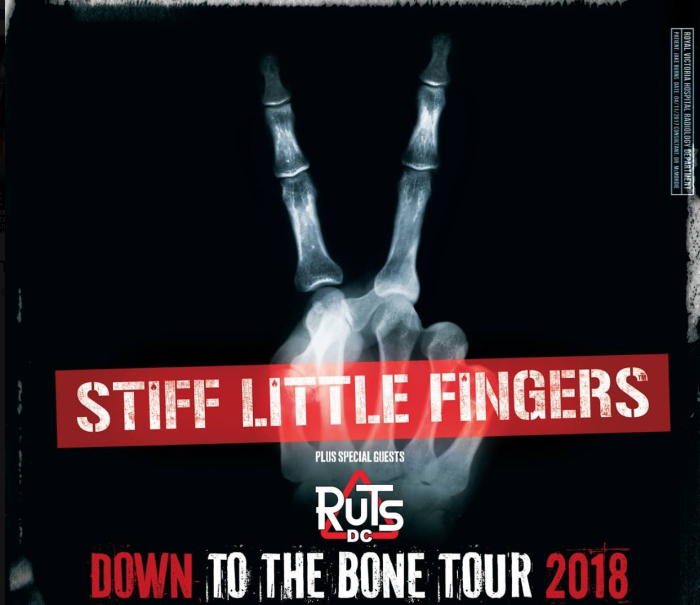 So I arrive seconds after the ancient venue dust settles back in the room after the Ruts DC set.

I kick myself up the arse several times for being bogged down in never-ending phone calls with post-punk legends attempting to reform a classic band (stay tuned!).

I can’t get more than ten feet through the door without endless faces flushed with that unique high octane that perfect live performance gives informing me of the Ruts DC innate genius.

Of course, I already know that but it’s great to have this underlined over and over. Having seen the band several times I still feel duty bound to tell you just how great they are. With a classic back catalogue like they have and a fine comeback album, Ruts DC are – in reality – flying the flag for two bands – the Ruts and the post-Malcolm, De Capo version.

Their influence is long acknowledged and the power and precision of their music shines through the decades. The current trio have honed their versions down to perfection since their first gig at the same venue as tonight where they somehow allowed me on stage to ruin their classic Babylon’s Burning.

Now a full lean and machine touring machine, they have become a staple special guest band on the punk rock circuit and have kept many a headliner on their toes since then. So I missed the octopus fingers of bassist Segs and his astonishing ability to play those crucial bass lines and deliver the vocals at the some time – many of the vocals being Malcolm’s and placed in the songs without thinking of the complex conundrums they would cause a bassist decade later.

Segs just laughs if you mention this to him. He has turned the bass into a craft and is one of the best players from a generation that put the bass to its deserved place at the top of the music pile.

Not that SLF have any fear – they are one of those bands whose relationship with their audience is intense. ‘Much loved’ is one of those things that people write about bands but when it’s true, like with the Fingers, you can feel the joyous atmosphere descending on the fine old Ritz like a perfect fug as the band take the stage.

For some reason tonight SLF are the best I’ve ever seen them and I’ve seen them a lot of times – from their firebrand youth when they were the Clash from the barricades, the Belfast band who documented their times in the punk rock city but allied their poetic anger to great riffs and melodies to the vet status of the now.

In 2018 they are not dumb enough to pretend they are still these young firebrands. Age has not mellowed them but they embrace the years, they caress age and the wisdom of the middle years.

And this is a strength.

They still dish out those timeless classics with a fire and brimstone that makes Alternative Ulster, Barbed Wire Love and Suspect Device send a surge of adrenaline around the room but they also make their new songs fit into the vibrant set that showcases uncle Jake’s fantastic melodic nous and that beautiful gravel voice still full of both shrapnel and tenderness and perfect melody.

Stiff Little Fingers sound far far away from a retro band xeroxing past glories. They, somehow, are the sound of the now and the live sound is perfect. The live mix means you can hear every creak and every gear change. The drums are crisp and full of clattering rolls, the twin guitars are perfectly balanced and Ali McMordie’s bass is a masterclass of runs and dub foreplay.

The songs invite mass singalongs and the room is full of the unique thrills of rock n roll band in first gear. There is something magical about this evening. A veteran band at the top of its game.

Or two veteran bands at the top of both their games – maybe this is punk’s final victory – in 2018, far from a huddled bunch of washed up relics from the past,  the audience is like a big warm family still surfing on the high octane.

They always knew that punk wasn’t just for xmas but for life.

Bonhomie and booze-fuelled, the evening is served with mass hugs and a joyous reaffirmation of life soundtracked by bands who really care about what they are doing.

From the stage and from the floor, punk’s final victory is to thunder towards the twilight still on fire and still justifying its role in the middle of our lives.