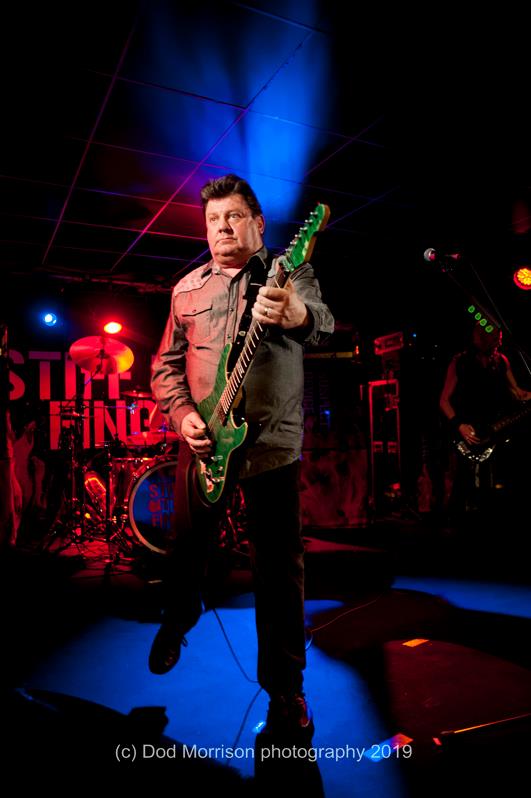 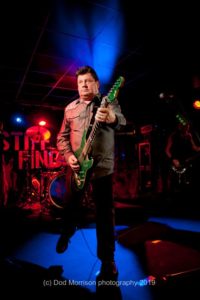 Eddie And The Hot Rods

Of course we know we are living in loud and vibrant times.

The whole world may have gone mad and insane forces are running amok but, despite what some say, there is a soundtrack to match and fight back.

We are in the middle of the best wave of young guitar bands since well, er, punk.

And this is great – the young (and youngish like Sleaford Mods!) should be making their own racket but what has been really interesting is the old bands that have been staging spectacular comebacks and getting rediscovered by a huge audience like SLF.

SLF have always had good numbers in Manchester.

In recent years they have made the 1500 capacity Manchester Ritz their sold out home.  Every year it’s been a packed to the Rafters celebration of their fiery, firebrand back catalogue and heart warming new songs.

Tonight, though, they have rammed out the 2400 capacity Academy One.

You can hardly breathe.

And its full of joy and noise and flying plastic glasses and warm beer showers.

SLF are seriously big again and packing out bigger venues than when they broke through all those years ago in the punk rock wars.

Usually there is no justice in rock n roll – being good at what you do doesn’t mean anyone ever likes it but here we have yet another full house and a visibly emotional Jake Burns is thanking the audience for their brilliant reaction.

SLF have been delivering this sermon for years now. They always pour out a tight and thrilling show peppered with enough classics that are embedded deep in the consciousness of a generation like Alternative Ulster, Suspect Device, Tin Soldiers, Wasted Life and Nobody’s Hero and many others which are sung back at the band with full terrace anthem power.

The old songs are played by the band with the dynamic stop/start tension and spittle flecked emotion of their teenage yore. These were songs written on a genuine frontline and full of the claustrophobia and smouldering anger of the times that somehow still make sense to this day with their tension and release rushes that capture the schizoid 21st century UK and all its modern tension and releases.

The new songs like ’16 Shots’ are embraced and the band, with the added energy and charismatic presence of original bassist Ali McMordie – who returned to the mothership in 2006,  deliver the perfect old school punk rock set. This is all huge anthems, big tunes and a genuine human warmth. In America Springsteen fills stadiums with the same kind of stuff and the fine balance between the obvious sensitivity of Jake Burns – that heart on the sleeve thing that was part of the Clash and Joe – who gets a nod with ‘Strummerville’ and even the Pistols and was hidden within the fire and emotion of  punk itself is the key. Jake, like Joe, is a man who cares too much and has a voice that can cut glass and hit the back wall of the venue. 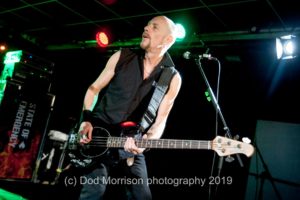 There is a poetry in motion with Jake and a sharp eye for the real world and real life and it’s all entwined in these songs that have a genuine meaning and genuine depth.

Annoyingly we miss Eddie And The Hot Rods – the band were one of the great precursors of punk and ‘Do Anything You Wanna Do’ is still glorious anthem that still makes me shiver with a weird nostalgic glow for a moment in time back to hot and heady summer of 1977. The band still deliver live as well and despite rumoured retirement they keep on keeping on so hope to catch up with them soon.

No longer a big cult band SLF seem to be on the verge of a big break through – where next we ask, Manchester Apollo the 3500 capacity venue where the Stranglers play next week? Why not? We need this.

The punk family are all on the up and getting their desired lap of honour – this music was built for the mainstream – just an alternative mainstream where the noise had a meaning and the fantastic pop songs these bands were writing were finally embraced by the real world.

Who’s next for this fast track to the golden highway? We demand Theatre Of Hate get this treatment!