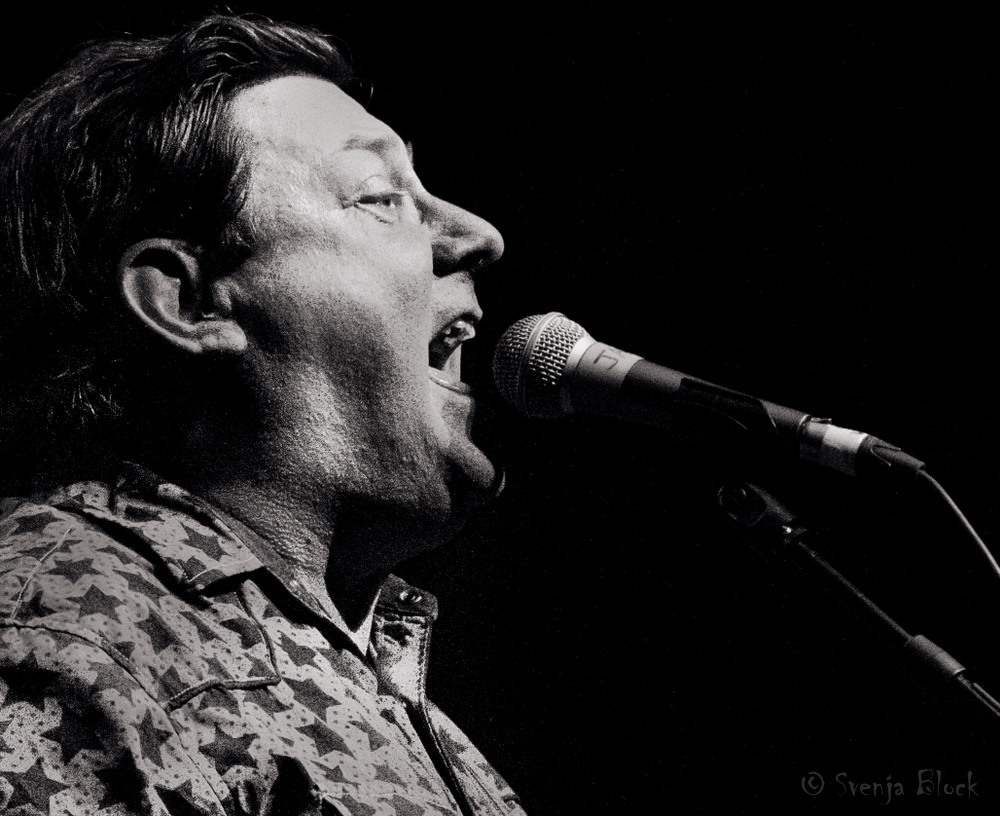 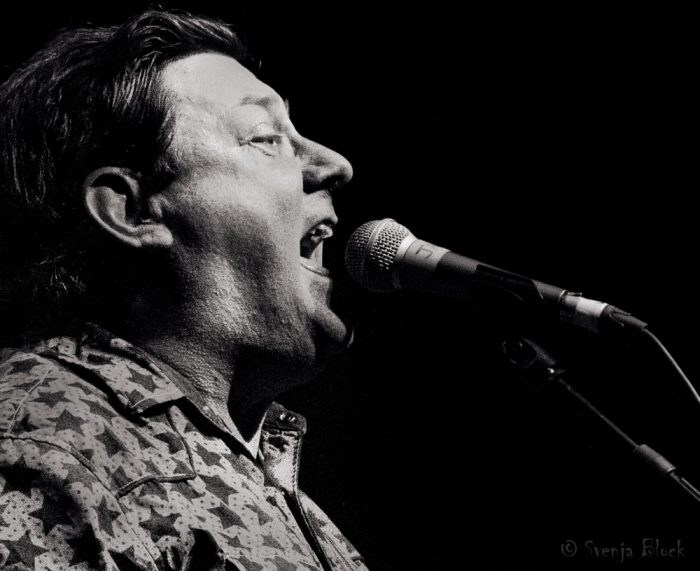 How to cover Stiff Little Fingers after Louder Than War’s commander in chief reviewed them already on their current tour? Craig Chaligne takes on the challenge with the help of photos by Svenja Block.

It has become a traditipn for Stiff Little Fingers to stop at the Forum on their annual uk jaunt. Ideally suited size wise for the band and its devoted audience, its always the guarantee of a good night and a good gig. Opening for them on the whole of the tour are Ruts DC (operating as a trio with original Ruts members John Jennings on bass and Dave Ruffy on drums with Leigh Haggerty on guitar) who put on a sterling set at the forum mixing classics from the Ruts first two LP’s mixed with tracks from 2016′ “Music Must Destroy”, they went down a storm with the crowd and seemed genuinely pleased by the reception they were getting. 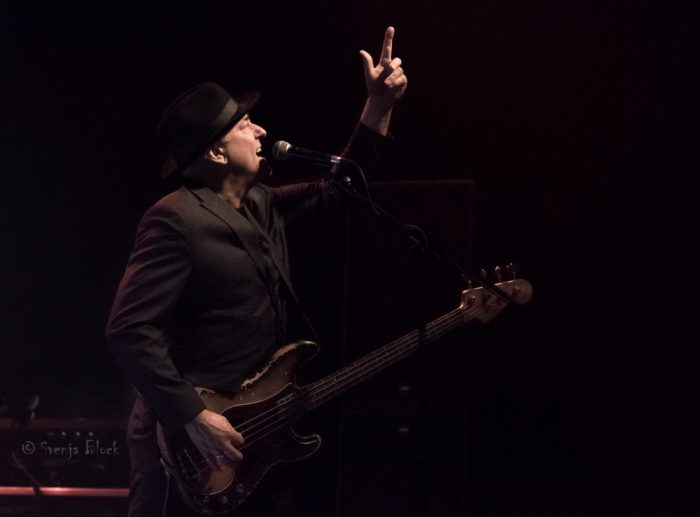 It’s to the inevitable sound of “Go For It” that SLF took to the stage. Jake Burns warned that they would be digging a little deeper in the back catalogue that on their 40th anniversary tour last year (they always try and renew the setlist to keep things fresh) but its with a trio of tried and tested classics that they opened the evening  (“Wait and See”, “Nobody’s Heroes” and “Gotta Getaway”). The excellent “Can’t Believe in You” gave Jake the opportunity to recall how a video director had mistook the song to be about a break up in a relationship instead of the crumbling of the communist block. Jake is of course the leader and prime focal point of SLF but the rest of the band are all great musicians with the rhythm section of Steve Grantley and Ali McMordie powering the songs along and guitarist Ian McCallum holding the fort and pacing the stage like a man possessed.  “Roots, Radicals, Rockets and Reggae” sounded as urgent as when it was first written and the new song “Tilting at Windmills” proved that the band are not resigning themselves to becoming a living jukebox. They played their version of  “Doesn’t Make It Alright”, a Specials song that they “nicked” and released before its authors had put out their own version while the excellent “My Dark Places”, a song penned by Jake (who suffers from depression) as a self help note was followed by a punchy trio of tunes (“At The Edge”, “Tin Soldiers”, “Suspect Device”) that got the pit red hot. A two song encore of “Johnny Was” and “Alternative Ulster” was the perfect coda to the evening and the tour.