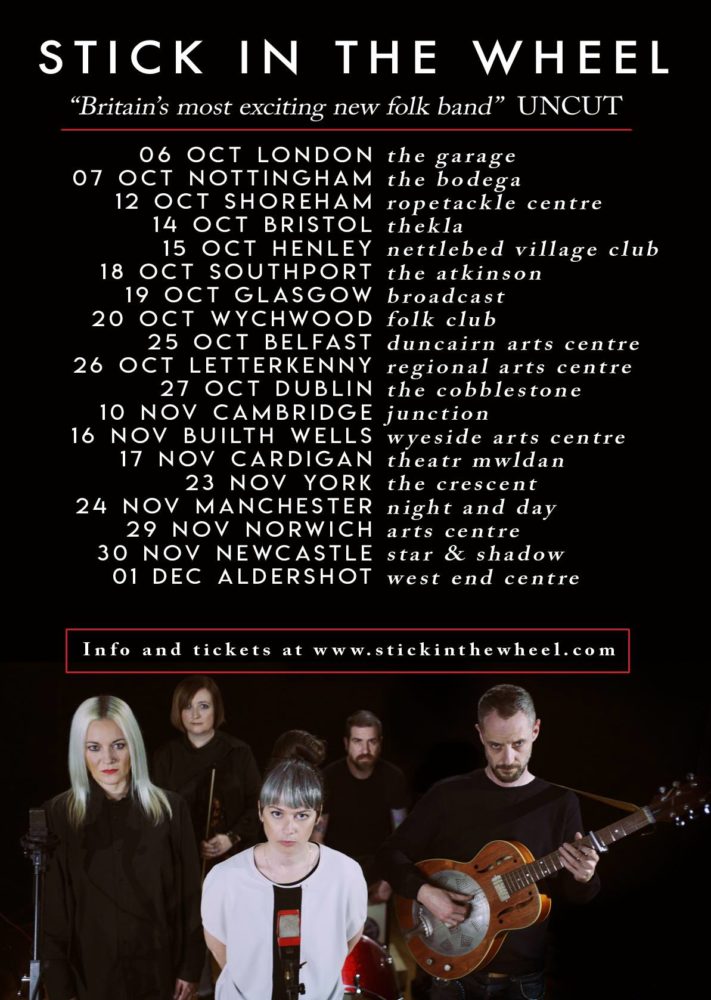 Yes, they’ve been tagged as “Britain’s most exciting new folk band” and we like them too. We’ve given London’s Stick In The Wheel  love aplenty as this year we’ve waxed lyrical about their Follow Them True album (review here) and their live show (reviewed at Bury Met here).

Not your run of the mill stereotypical ‘folk band’. Acerbic and raw are their watchwords – any encounters that involve  roving out on May mornings are more than likely to be in a form you wouldn;t associate with folk music.

Their proud declaration that “We play music of our people. This is our culture. Our tradition.” is no false modesty. Hard edged and cutting, unpretentious and humble,  they may have attracted the attention of the mainstream press and radio and have been bestowed awards by the armful, but remain politically switched on and vital.

ANYWAY – they’re on tour again soon and are simply to be seen. Tour dates are listed above and you can find out more, look at them, listen and stuff – just follow the links below.

News from Mike Ainscoe. You can find more of Mike’s writing on Louder Than War at his author’s archive. He can be found on Facebook and his website is www.michaelainscoephotography.co.uk