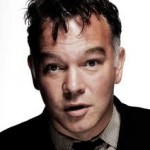 Stewart Lee is undoubtedly one of our finest comedians despite his standing outside of the comedy mainstream. Long time fan Dave Griffiths gave us the following review of one of his recent shows.

Like a magician who reveals his tricks, I thought Lee’s book (How I Escaped My Certain Fate) about his stand-up routines and the fact and fiction in them would lessen the impact of future shows.

Not at all – it makes him even more intriguing. For example, the show was being filmed and we were told if we nipped out while he was on, we wouldn’t be allowed back in.Ã‚Â Lee started a tale about his dad the cardboard salesman and a woman walked out. He used her exit in his patter, dropping the story about his dad,Ã‚Â and the woman came back in 30 seconds later.

Was she a plant? Did his dad really sell cardboard?

Lee later explained that certain bits of the show were true and some made up. But even then you were in doubt. He kept reviewing parts of the show and never made it easy for himself – ‘grumpily’ and ‘patronisingly’ spurning new fans, ‘agonising’ over easy laughs, saying the show was ‘about nothing’, doing a politics section with daft references to Scooby Doo, and mocking the trendy young comedians – ‘the Russells’ (I think he was really mocking them).

According to Lee, people in the stalls were his real fans while people in the balconies only came because he was on TV. Another clever move which made the stallees feel good and the balconites wishing they were in with the in crowd.

All this works because he has great presence and calm authority – something I particularly remember when I first saw him 20 years ago – as well as superb timing and delivery, and a hilarious, deadpan face. He may be desperate to escape the ‘traditional’ ways of making people laugh but he uses all the techniques of the great comedians.